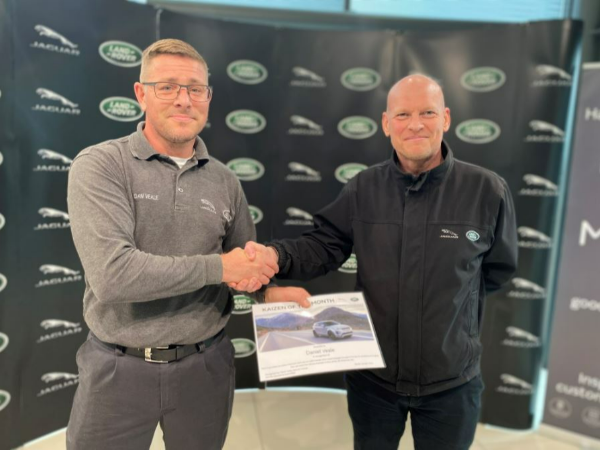 A huge congratulations to Dan Veale, from Body in White, who is our latest Kaizen of the Month winner! Dan’s idea has meant there is now an extra pallet on his line side, which has prevented line stoppages- saving up to 540 minutes per week- the equivalent of 44 full shifts per year!

Previously there was only one pallet on Dan’s line side, containing 10-wheel arches, which meant that during busy periods, the line would be forced to stop so that associates could replenish the stock.

This could happen up to three times a day, over the two shifts and each stop lasted ten minutes.

By relocating the existing pallet and changing the flow rack, Dan and the Kaizen team were able to fit another pallet presenter alongside it, doubling the number of wheel arches that can be stored on the line side.

They say the proof is in the pudding and we can confirm that since Dan’s crackin’ Kaizen was implemented, there have been no further stops to the line!

Dan said: “We’ve gone from potentially six stops a day to zero.  It’s a simple idea that has driven efficiency and improved morale as it means we can now crack on with the job in hand instead of chasing stock and replenishing the arches.”

A huge congratulations to our Kaizen of the Month runners up, which include; Martin Conneely, from T&PGG; Dave Heath from Paint and Gary Cadden, Phil Rodriguez, Andrew Richardson and Martin Carman from Trim and Final.