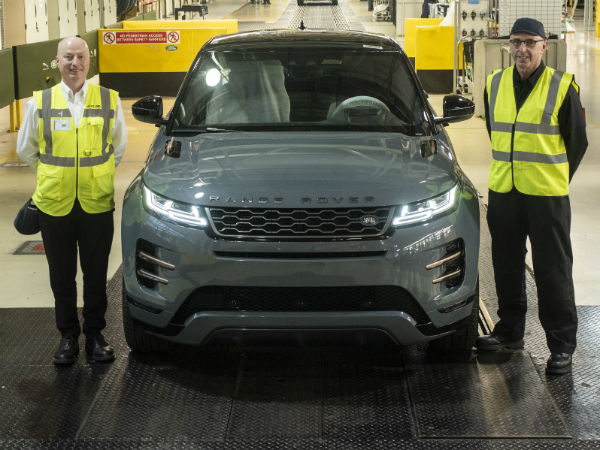 On September 13th, 1971 Edward Heath was UK Prime Minister. In the US, Richard Nixon was President.

I’m Still Waiting, by Diana Ross was top of the UK ‘Hit Parade’, Stella McCartney was born, Halewood was building Escort Mk1 and the House of Commons voted in favour of joining the European Economic Community (now the EU). How times change!

On this day in September 1971 a young man also walked through the doors at Halewood. Most colleagues in the Press Shop will know Anthony Gardner, he has been at Halewood for an impressive 47 years, with 27 of these years working in our Press Shop as part of the Maintenance Team.

A fresh faced Anthony joined Ford Halewood as a 16 year old apprentice. As Anthony started his working life the plant had only just started back up after nine weeks of industrial action.

Anthony spent his first two years at the on-site apprentice school and attended college at North East Tech. During these two years, due to the excellent training he received he realised that working at Halewood was the correct choice.

The first 20 years of his career at Halewood were spent in the Body Shop which Anthony says was a great learning experience.

The factory at the time was full of characters and this was now Anthony’s ‘real-world’ training of car manufacturing. Initially Anthony worked in Framing and Bodysides. Still a young man at the time, the supervisors and management to Anthony seemed old and tough as they walked around in suits with shirts and ties.

Some of these people had a real influence on Anthony, from the tradesmen he worked with and the maintenance staff that taught him to have a no nonsense approach and to always do his best. “They were hard but always fair,” said Anthony. “Everybody got along and there was always lots of banter and humour taking place. Everybody had a smile and time to give”

It was during this period that his life outside of work changed forever as Anthony and his wife Tricia welcomed their daughter Vicky into the world.

As we talk about the past, Anthony leans back in his chair and looks to the ceiling, it was clear he was counting back the years… “I’ve been married now for 44 years and my daughter is now a solicitor in Hong Kong.

“She married an Australian pilot two years ago and they have made a really good life for themselves out there. Time really does fly by.”

Following his time in the Body Shop, the next 27 years have all been in the Press Shop and according to Anthony variety is the spice of life. “I love the variety of the job. Every day is different and that makes work-life interesting. I really enjoy my job and I think that is very important.”

“I get real joy and a sense of pride when I see our apprentices doing well. I have worked with hundreds of young people who have come through the ranks and some are now senior managers.

“I like to think I have helped influence and steer them in some way. You have to be happy in your work and I like to get that across to them and not come to work with the weight of the world on your shoulders. I always try to help give them a positive mental attitude to their work.”

In December, Operations Director, Stuart Lord, invited Anthony to join him as we celebrated the first new Evoque driving off the line. Normally one to shy-away from the camera and publicity, Anthony felt a great sense of pride to welcome our next generation car after dedicating his entire working life to the cars that have come out of Halewood.

So what does Anthony have planned next? You would be right in thinking that he has one eye on retiring.

“I have stayed on because the role I am doing is fantastic and I enjoy it so much. It is a co-ordination role and I am an Apprentice champion so I am able to teach good standards and knowledge to the new talent joining the business.”

His time at Halewood over the past 47 years has allowed Anthony to do all the things that have made him happy. People Talk suspects a trip to Hong Kong will be on the cards at some point.

Good Luck Anthony and thank you for 47 years of service at Halewood.