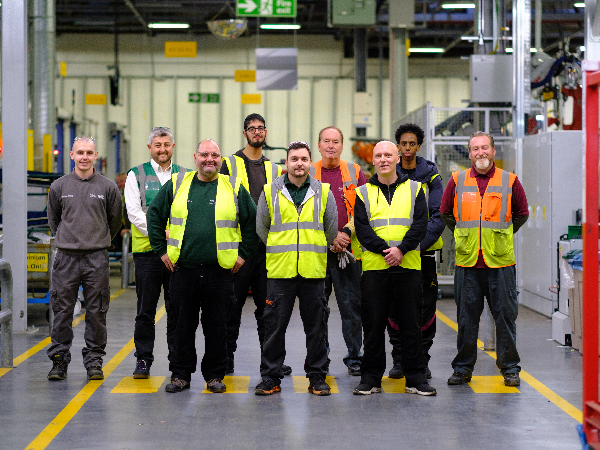 Over recent weeks a team of colleagues from Solihull and the EMC have been working hard in Body Shop 2 to get it into tip top condition. Using Lean Manufacturing principles, the team have worked tirelessly to ensure no stone has been left unturned when it comes to Workplace Organisation (WPO).

The project was brought to life by managers Dale Sawyer, Lee Loveridge and Shaun Byng. It involved pulling together a team of colleagues who would focus solely on WPO throughout the whole of Body Shop 2. The team, made up of IPS, EMC and Body Shop 3 associates, were assembled to develop and implement the 5S standard in each of the Body Shop 2 areas.

5S in an acronym used widely not only within JLR but other manufacturers too. It stands for – Sort, set, shine, standardise and sustain. This system focuses on putting everything where it belongs and keeping the workplace clean, which makes it easier for people to do their jobs without wasting time or risking injury.

As part of the ‘sort, set and shine’ activities, the team worked to remove old, unused items, removed incorrect and damaged floor markings to lay new ones, created new non-conforming material and red tag areas, and gave the area a good clean.

“I would like to thank the team for their tremendous support in raising the 5S standards across MLA BIW.  Without their support our own production teams would not have been able to focus fully on delivering customer vehicles. Their spirit, willingness to support and deliver, has made a significant impact to the look and feel of the Bodyshop. On behalf of the BIW leadership team we would like to thank the team - thank you!" - Lee Loveridge, Manufacturing and Senior Maintenance Manager, BS2. 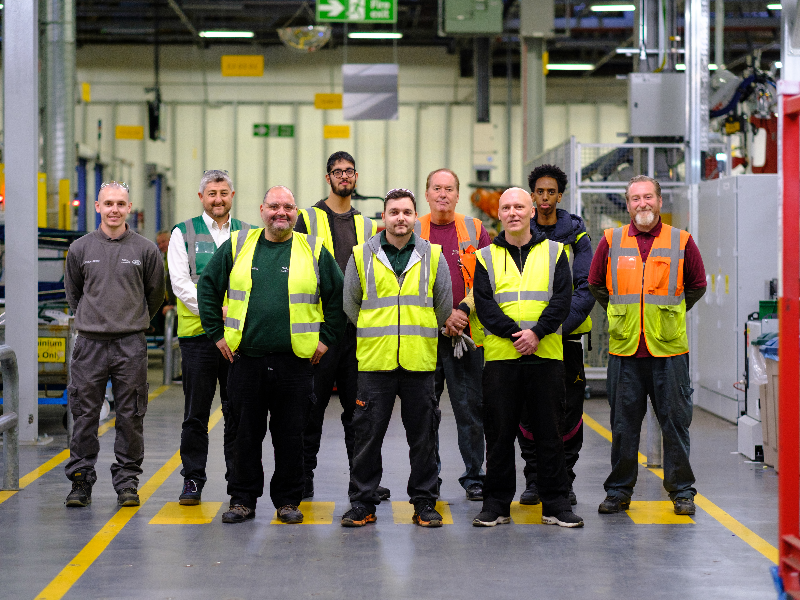