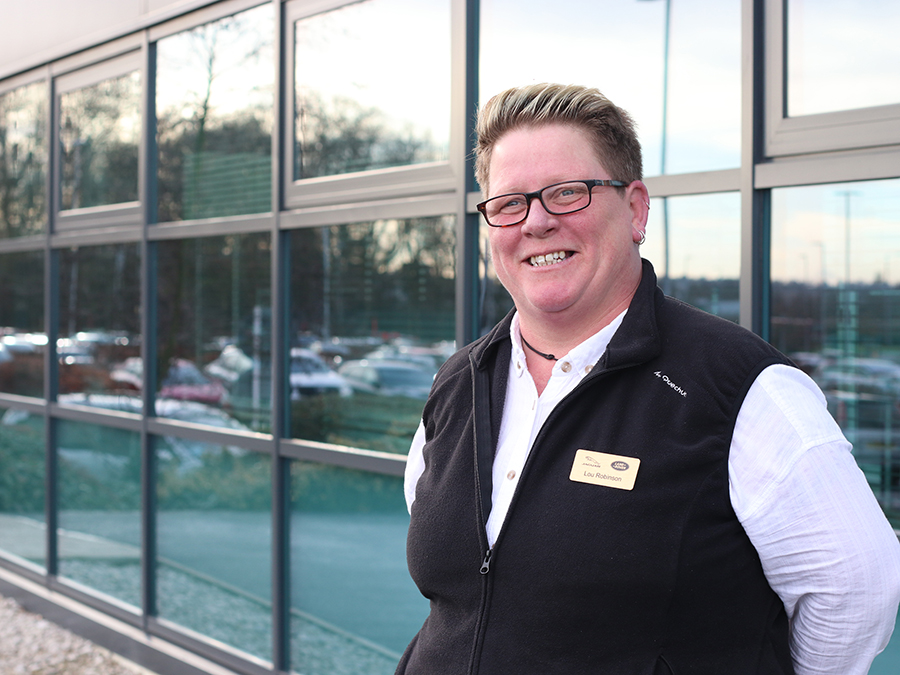 Dog whisperer and EMC access control specialist Lou Robinson is finding her two feet at the EMC, having joined the Access Control team just over six months ago.

After two decades with the business working at Solihull, she’s relished the challenge of moving to an office environment and working directly on a new system. When Lou left Solihull she was Jaguar Land Rover’s last specialist dog handler. She’s worked with a number of her own dogs including her now semi-retired dog Argo.

“I always wanted to be a dog handler. I took my NASDU (National Association of Security Dog Users) qualification, which teaches you how to train your dog in obedience, tracking and protection.

“At that time there were quite a few dogs working in the security teams across the business, so when a position came up in the team, I jumped at it.

“During my initial training the team have been great. I’m a great believer in practice makes perfect, I want to be the best I can be at my job, so I can make the experience of people coming to access control a positive one.

“Each access card cost £5.00. It’s a significant cost to the business, so it’s important that we try everything we can to avoid waste in this area.

Away from work, the 52 year old, is set to get a new four-legged friend in the next few weeks, in the form of a Giant German Schnauzer. Her ambition, to compete in the IPO (Internationale Prüfungs- Ordnung) sport World Championship.

Each access card cost £5.00. It’s a significant cost to the business, so it’s important that we try everything we can to avoid waste in this area.