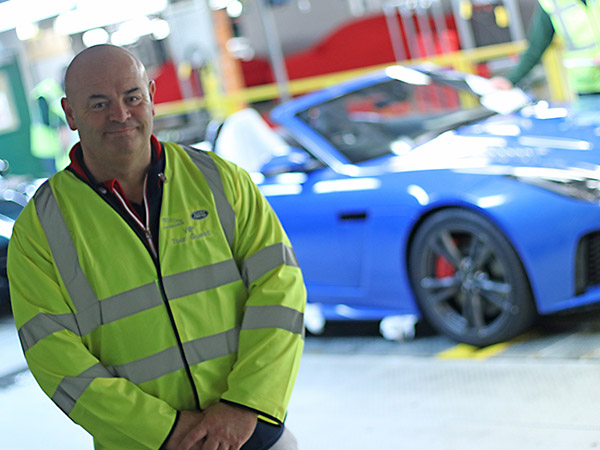 The decision to have one of your legs amputated is one decision many of us hope we never have to make but for Invictus Games athlete Steve Cokayne it’s a decision that set him free.

The 50-year-old former Gunner in the Royal Artillery came to the attention of People Talk after being invited by the Castle Bromwich Occupational Health team to talk about his experiences with prosthetic limbs in the hope it could help the site team’s learning.

Being an Invictus Games athlete, Steve came armed with not one but a fleet of different prosthetics for use in the various sports he competed in at last year’s games in Toronto.

To thank him for his exchange of knowledge though, we invited him back for a tour of the site and in the process heard a fascinating story of how one unfortunate training accident set him on course for the international sporting stage.

“In September 1998 I took the short route off the top of a rock face during a training exercise in the armed forces. I shattered my legs as a result and during the next 11 years, including my time as a civilian, I had 30 operations to try and put things right,” he said.

“The bones in my right leg still started collapsing so I just made the decision to have it amputated below the knee.

“It was a big decision but a strange one as well because since that final operation it’s opened up so many avenues for me in being able to take part in para-sport.”

The Plymouth native, who now lives in Rugby, is no stranger to challenges having done tours in Northern Ireland during his service.

Following his discharge though he admitted at first he didn’t know what to do with his time.

Stints working security and in a management post at B&Q were followed by an invitation to look at train driving which he does to this day.

It was a chance meeting in his gym though that truly set him on a life-changing course.

“A chap in the gym saw me on my treadmill with my prosthetic and my Help For Heroes t-shirt and asked for a chat about the Band Of Brothers and Sisters charity and it was through that that I got a letter inviting me to try out for the 2017 Invictus Games in Toronto,” he said.

Steve tried out in the 100 meters, shot putt and discus as well as power lifting and, after the trials at Bath University, he was told he’d made the team while on holiday in America.

“The games themselves were such an experience. We spent quite a bit of time with Prince Harry who is a fantastic guy. No matter who he meets he never forgets your name,” Steve added.

“When I ran the 100 metres I had a leg malfunction but still finished the race and probably got a bigger cheer than the winner because of it. I’m came sixth in the shot putt and discus out of a field of 18 and lifted 123 kilos in the powerlifting.

“I lifted 140 before Christmas though in the hope that I can make the team for the games in Sydney this year.”

In 2018 Steve will also be entering the 200 metres, archery and indoor rowing which he’s rowing seven miles a day to train for.

He covered plenty of ground as part of his tour of Castle Brom as well, taking in the sights and sounds of Sports Car Facility in his first real up-close-and-personal appointment with the brand.

“I was really looking forward to seeing the F-TYPE being built because to me it’s what Jaguar is all about,” he added.

“I never realised there were so many processes and so much precision that went into it.

“I’ve seen documentaries on car manufacturing before but there’s nothing like seeing it up close. Seeing the engine marriage process was a particular favourite of mine.

“I’m really grateful to Jaguar Land Rover as well because without their sponsorship for things like the Invictus Games I wouldn’t have had the opportunities that I have now.

It’s become the third biggest event after the Olympics and the Commonwealth Games so it’s a privilege to be part of.”

As a person that’s crafted a habit of taking challenges head on, Steve has also set his sights on another one and that is being considered for the one-man bobsleigh at the Paralympics in 2022.

“I don’t know whether my age by that time will be a factor but to me it’s just a number. I’ll approach it with the same determination as I have done with Invictus and we’ll see where it takes me.”

We don’t doubt it. 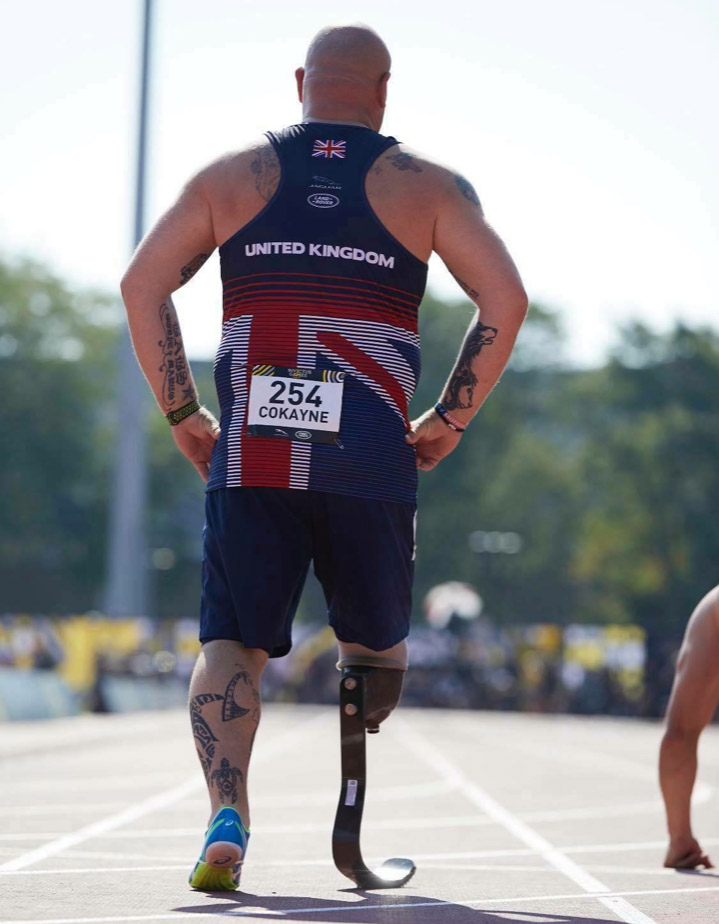 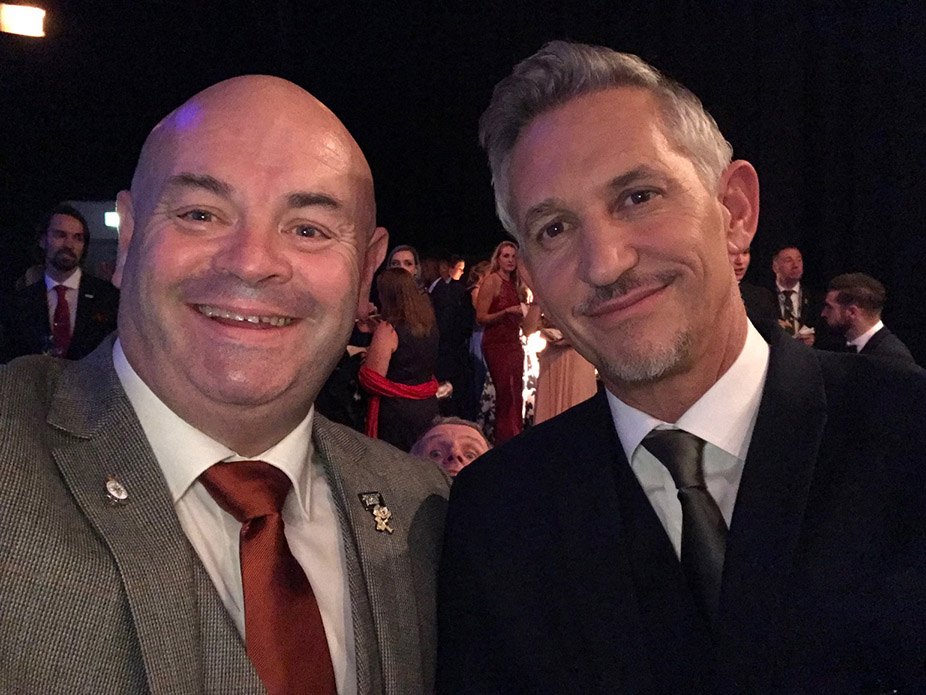 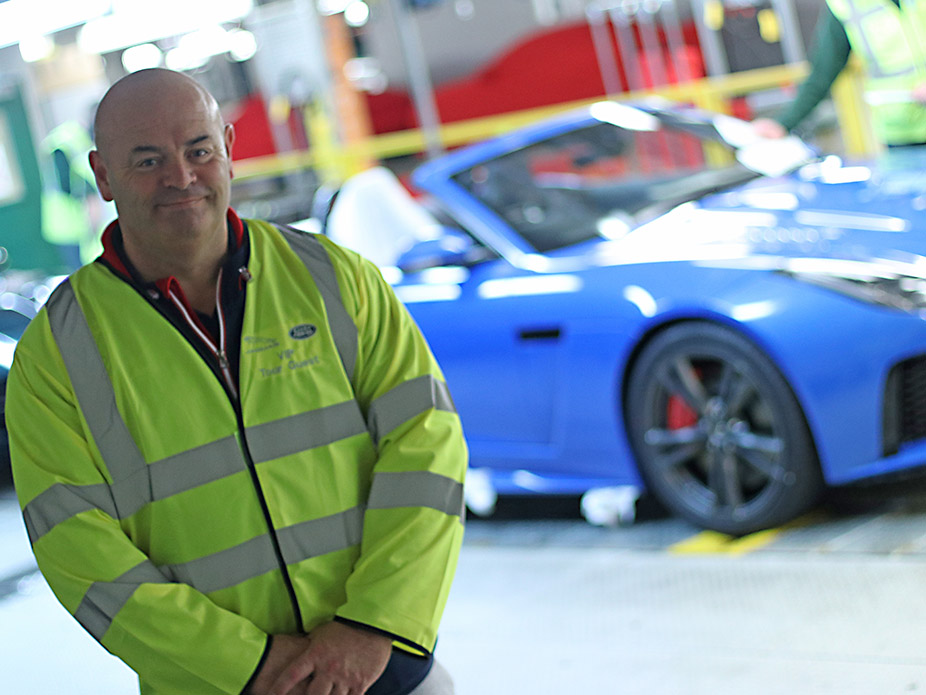 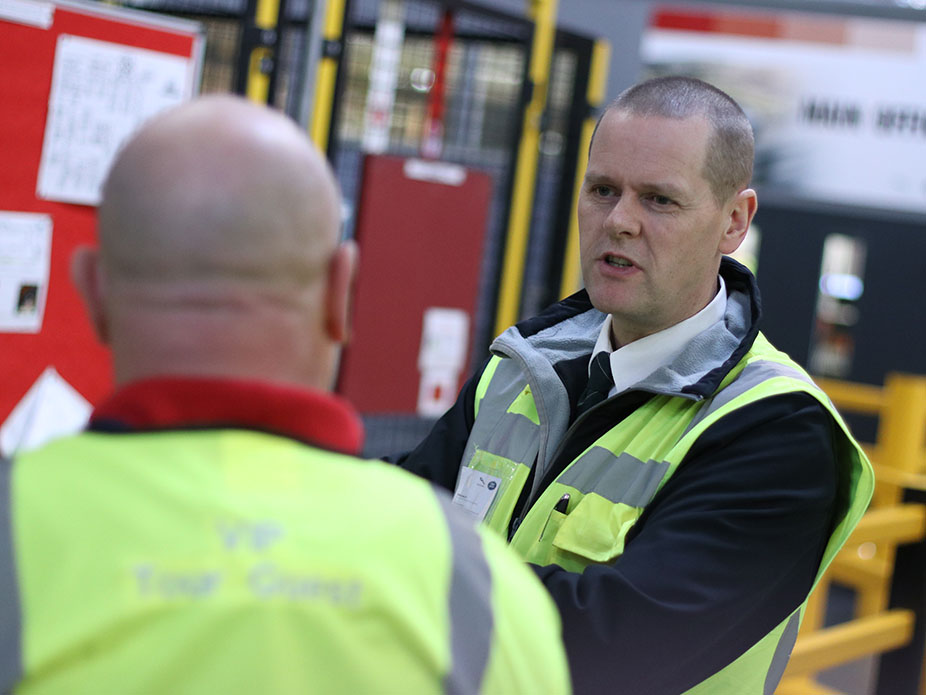