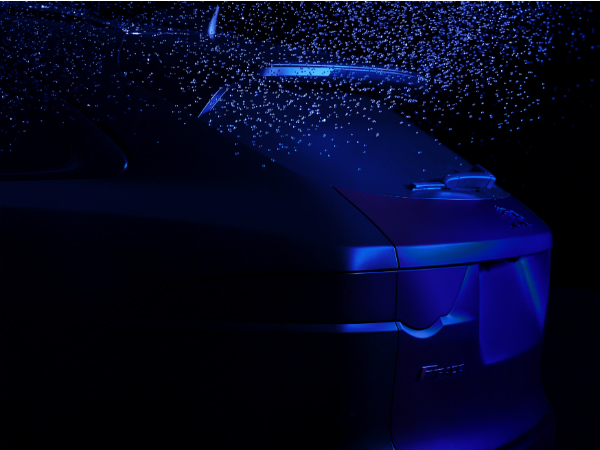 Jaguar has created a unique film to celebrate the 70 awards won globally by the F-PACE performance SUV.

The practical British-built performance family car counts the World Car of the Year 2017 and World Car Design of the Year 2017 titles among its 70 awards. Jaguar has celebrated this success with a unique film that dramatically captures F-PACE’s acclaimed exterior design and state-of-the-art engineering.

The film, called Blacklight, shows thousands of paint droplets being released simultaneously onto the F-PACE, highlighting its distinctive, sleek profile as they splash onto its bodywork. With the SUV covered in water and paint, giant fans force the mixture to follow the curves. It beautifully highlights the flow of air over the car, creating a stunning piece of automotive art.

Ian Callum, Director of Design, Jaguar, said: “We set out to break the mould with our first performance SUV and everyone at Jaguar is thrilled with how well the F-PACE design has been received around the world. After winning 70 awards we wanted to create a film that reflects both its critically acclaimed design and the engineering that underpins everything we do at Jaguar. The result is as dramatic as the vehicle itself.”

During its development, Jaguar engineers went to extreme lengths to ensure the lines carefully crafted by the team’s talented designers also worked from a practical perspective. The film pays homage to the hundreds of hours spent refining the shape of the F-PACE in the wind tunnel, which resulted in an impressive drag coefficient of 0.34.

Ensuring the F-PACE slices through the air as efficiently as possible wasn’t their sole focus. The exterior has also been honed to minimise dirt accumulation – especially at the back of the vehicle. In this way, the rear of the F-PACE has been designed for the best possible rear visibility in adverse road and weather conditions.