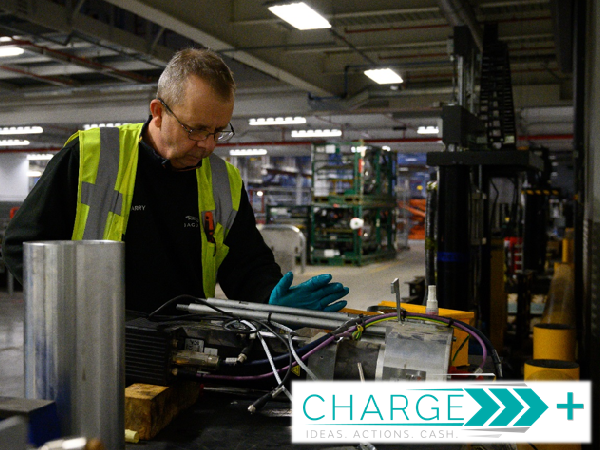 In the past if one of the adhesive application systems responsible for feeding glue into our Body-In-White process broke down there were few options but to order in expensive new equipment to fix it.

Convinced that they could do it cheaper and with a much faster lead time, Andy Parry and Ken Watt started a project to reduce the cost of servicing the equipment by sourcing replacement parts for less and improving how they service them in house.

What initially started as a way of ensuring spares were close to hand in the event of a breakdown has since grown into a full-blown refurbishment operation run by the wider BIW Maintenance team that has recently saved the plant £405,000 as part of the MLA G Block install and is a great contribution to the Charge + effort.

And, whilst that figure is impressive it doesn’t even including the thousands the team have already saved refurbishing the existing equipment installed in C Block and the future potential to save on parts and labour.

“We we’re looking to have a supply of ready to go spares to avoid any breakdowns from having too much of an impact on production,” said Ken. “We’d improved the workshop by equipping ourselves with a small industrial washer and high pressure press to help us dismantle the equipment and began to build a small stock of spares.”

“I began searching for alternative replacement components and managed to source parts for much cheaper than we were originally paying for them,” added Andy. “If I’m honest I was surprised to see how much we we’re being charged for simple things like ring sealer kits and fittings.”

The team continued to hone their expertise on refurbishing the equipment, faster and for less money over the next few months until they we’re approached for help by the G Block underbody Maintenance team who had witnessed adhesive application equipment going to waste after being put in storage.

In the initial enabling moves, that saw some D7a cells being transferred from G Block to C Block, some of the adhesive equipment had been put into a holding area. Having worked with the kit over the last five years the team were only too aware there was a high risk that the glue would damage the equipment if left too long.

“Frustratingly because the areas had been handed over to contractors it wasn’t a simple case of being able to get straight at them,” added Andy. “Obviously glue that’s designed to meld metal together is going to go off and then you’ve got little to no chance of then stripping it down a refurbishing it.

“Simon Arnold one of our Maintenance Managers, contacted the Manufacturing Engineering team and arranged to get us access into the equipment and a big team of us pulled together putting in a couple of long weekends of overtime to save and strip out the equipment.

“You got a window of about four to five weeks before the glue goes solid, if we hadn’t spotted it and been able to work together alongside the Manufacturing Engineering team then potentially thousands of pounds worth of kit would have ended up unusable.”

After establishing the relationship with the Engineering team and demonstrating their in-house capabilities Trevor Mullen was approached to see if the Maintenance team would be able to take responsibility for refurbishing the entire stock of equipment that would be installed back into G Block as part of our new MLA BIW Operation.

In doing so they’ve saved £405,000 that was quoted to get it done externally.

“We had a well-established process in place and the in-house skills to do the job,” continued Andy. “There was no chance we were going to let someone else come in and be paid that amount of money to do work we are capable of doing ourselves.”

Taking the project in-house did however mean committing to a strict timetable of works to ensure the equipment was ready to redistribute as part of the wider MLA install project and the team worked tirelessly to meet all the deadlines required.

The 47 complete adhesive application systems are now ready to go back into G Block as MLA is installed ready for our new generation of EV products to be built here at Castle Bromwich.

As a bonus the extra refurbished equipment Andy and Ken now have ready to go will also improve the efficiency of how the team runs its preventive maintenance schedules across the whole of Castle Bromwich’s BIW adhesive application systems.

“This has been a truly great effort from across the whole BIW Maintenance team. Their determination to take ownership of their equipment and pride in their abilities to bring things in-house themselves is great to see. This project amongst others received some great feedback from the recent Board of Management visit to the plant and they should be proud of their efforts.” 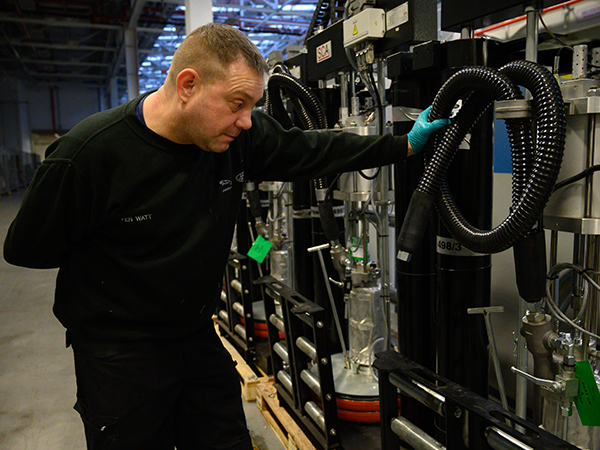 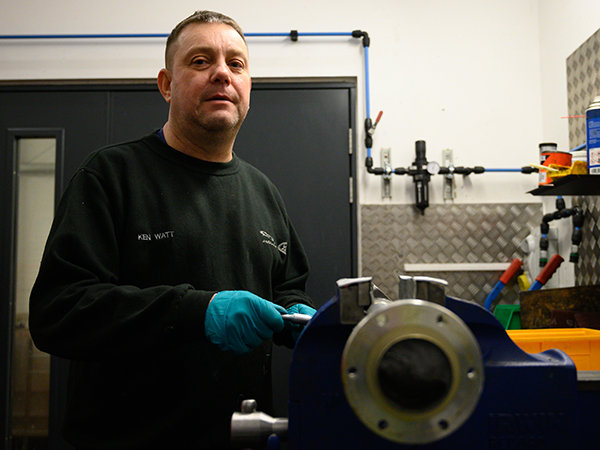 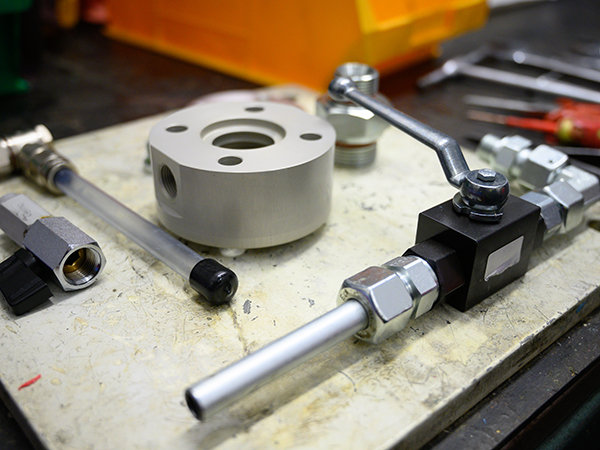