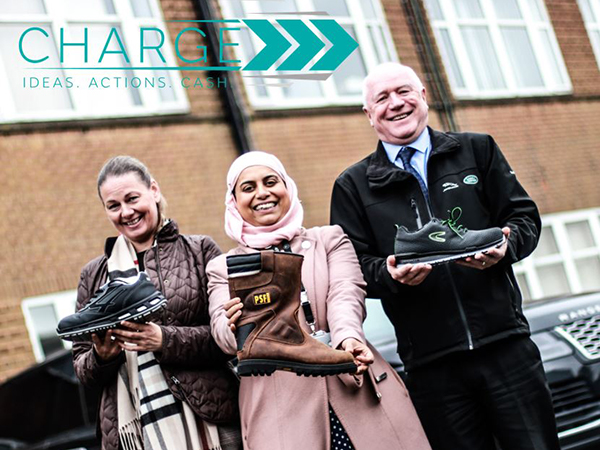 BOOTING OUT THE COST

A Team Improvement Circle (TIC) team made up of colleagues from Human Resources at Solihull has been booting out unnecessary cost over the past six months by changing the way they process safety shoes - saving more than £30,000 so far.

The simple but ingenious cost saving idea came about during a Team Improvement Circle brainstorming session. Solihull based, Human Resources TIC team ‘Boot It Out’, comprised of Circle Leader, Julie Rahman and Circle Members, Joanne Johnson-Derrick and Richard Mason have spent the last six months reviewing the process behind how safety shoes are ordered and distributed at Solihull.

Cost saving superstar Julie Rahman commented, “Safety footwear would previously be ordered by taking a paper form to the well-known shoe van which stops off for line side colleagues to pick up new safety footwear. With paper forms we wouldn’t know how many pairs of shoes were being ordered and collected until our supplier informed us how many had been issued.”

The aim was to put in place a control check to make sure that only those who needed safety shoes were able to collect them - as long as they had approval from their manager. Solihull long server Rich commented, “It’s not about limiting the amount of shoes we give out, the new control process ensures that those in need of new footwear get them when they need them. It does mean however that we are able to check whether new shoes really are required and in some instances, it’s meant we can save a little cost.”

The team have shaved over 40% off the footwear budget at Solihull, which equates to a whopping £30,000 – in the first six months of implementation alone. Circle member Joanne Johnson-Derrick, finished by saying, “In the environment our business finds itself and the cost savings we have seen so far through some great Project Charge efforts, we wanted to play our part. We can all make little things last a bit longer or be more controlled in what we spend, it just takes a small change of mind-set.”

Team Improvement Circle (TIC) is a voluntary employee engagement programme where small teams of employees utilise basic problem solving tools and techniques to improve a problem in their workplace to the benefit of themselves and the business as a whole. As part of their TIC journey, ‘Boot It Out’ have not only made a positive difference to the business but they've also developed as individuals through the TIC 10 Step process and as a team by supporting each other throughout their TIC journey together.

Julie, Rich and Joanne will be presenting their great cost saving skills at this year’s Global TIC Convention later in December after wowing the judges at both the Indirect Functions and UK Regional TIC Conventions. Good luck and a massive well done on all of your efforts.

The 2019/20 TIC programme will be launching on Monday 28th October. Watch out for communications across Jaguar Land Rover around how you can get involved and form a Circle.

For more information about the TIC programme, please visit the TIC intranet site.