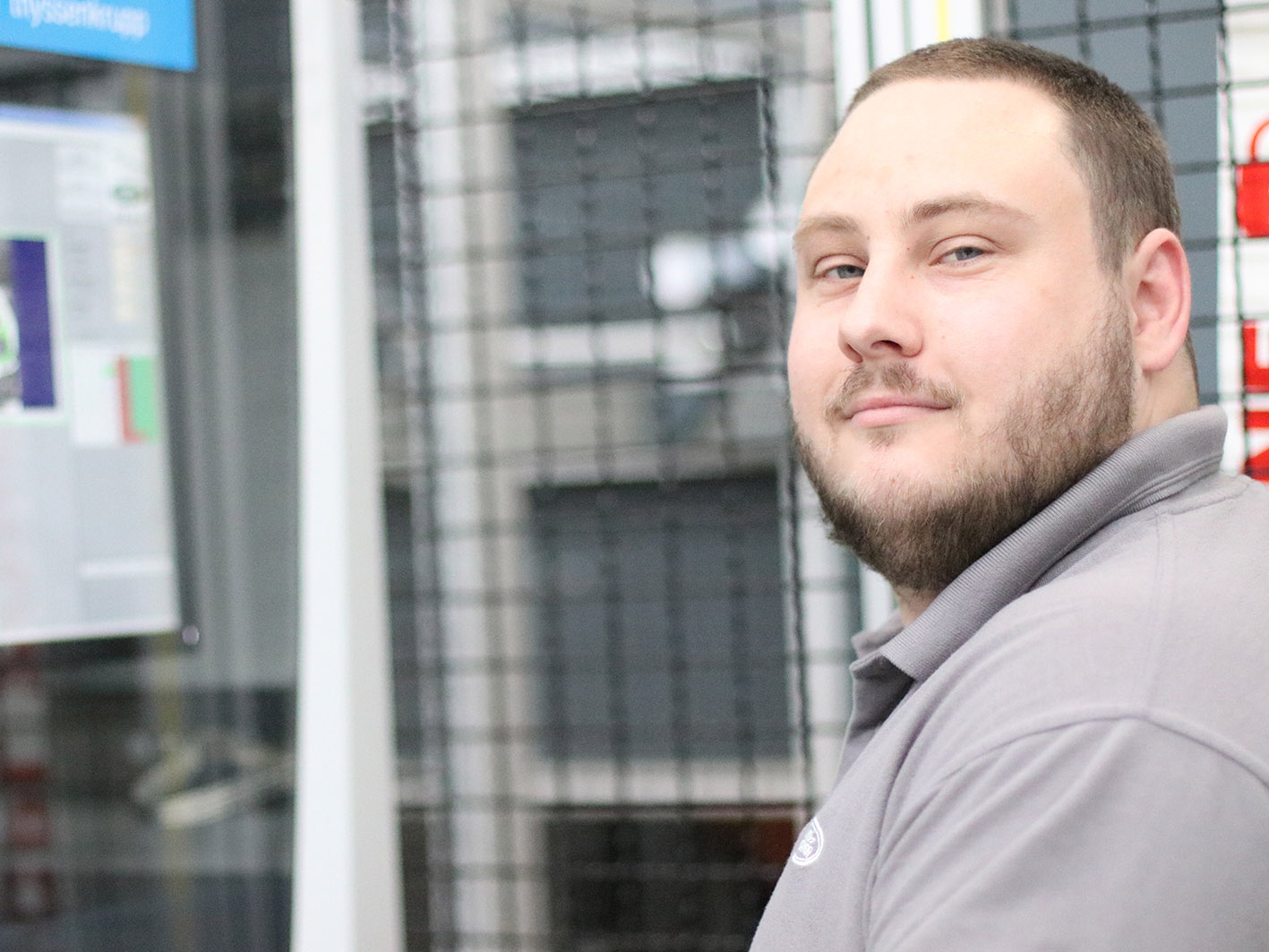 Paul Webb transferred to the EMC from his role at Castle Bromwich just over six months ago. He’s already making an impact in Mod 4 and has been recognised for his transparent work ethic and customer focussed behaviours by being crowned Employee of the Month.

Prior to working for Jaguar Land Rover he was a plasterer, having served as an apprentice in Wolverhampton. The chance to come back to his home town was an instant draw for him.

Paul was nominated for going above and beyond on a process to identify a fault on a part that according to process leader James Turner, could easily have caused issues further on in the build process.

James said: “Paul’s decision to take responsibility, raise the issue and challenge the standard prevented a loss of time on the track. Furthermore, preventing the engine potentially reaching a customer.”

Paul said: “I really enjoy my job at the EMC, it’s a facility that rewards hard work and I’ve been encouraged to challenge the processes in Mod 4 to look at how I can improve them. I did a number of jobs during my time at Castle Bromwich, including engine drop. I think this experience has helped me understand the needs of the customer, which supports my job now. I’d really like to progress in the business, through the ranks and up into management. I’ve already had support to look at my personal development plan, which is a great step in the right direction. I’m extremely proud to work for Jaguar Land Rover and looking forward to the next opportunity.”

Runners up in the competition were AMT team members Mick Mangan and Stuart Oakes who came joint second.

Mick was nominated for his work on the MAG NC training for the head line. The training was Mick’s idea, as he had identified a major skills gap and believed that his customer could benefit from his knowledge.

Matt Lehmann said: “Mick is extremely at home as a trainer and I’m really pleased with his attitude to develop our workforce.”

Stuart Oakes was nominated for his work to eradicate downtime and predict machine failures before it becomes a quality issues or leads to a breakdown.

Team Leader Gordon Laird said: “Throughout this project Stuart has put 110% effort and communicated his progress to the business, even presenting out a training session to the IMTs in the Machining Hall. His customers (block, head and crank) are now seeing the benefits of this work when it comes to availability of machines and JPH.”

I really enjoy my job at the EMC, it’s a facility that rewards hard work and I’ve been encouraged to challenge the processes in Mod 4 to look at how I can improve them.