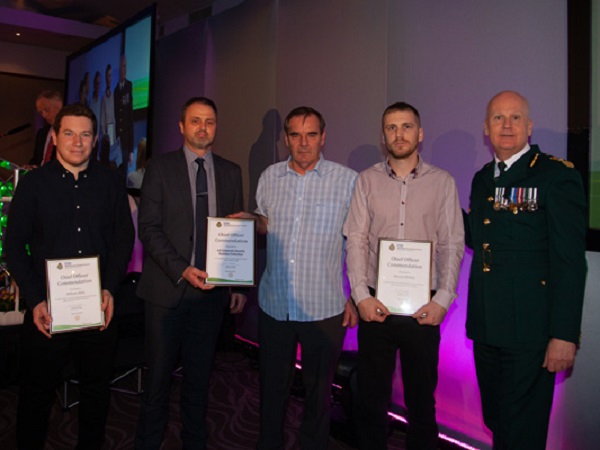 Whitley’s Corporate Security and Business Protection (CSBP) team has been recognised for its swift and professional emergency medical response by the West Midlands Ambulance Service (WMAS).

The team was honoured at the 2019 WMAS Excellence in the Community Awards by receiving a commendation from the Chief Officer. Anthony Marsh, WMAS Chief Executive, said on the night:

“We would like to commend this Jaguar Land Rover team for their fast and brave actions,” he said. “We know that your colleague Paul Wagstaff suffered a cardiac arrest, but thanks to the quick and calm actions, and training of your officers, a life was saved.

“This award recognises your team’s excellent response and life-saving intervention.”

Gary Phillips, Corporate Security and Business Protection Manager, who accepted the award on behalf of the Whitley team, explained what happened that fateful night.

“Three members of our team – Alice Barratt, Kevin Igwe and Geoff Dowell – responded to a serious medical emergency at Whitley in a matter of minutes. It was nine in the evening and Paul had collapsed after suffering a cardiac arrest.”

“They quickly assessed his airways, conducted a finger sweep of his mouth and administered CPR. He was successfully revived using the defibrillator that all our teams carry as part of their kit. At the same time, they contacted the ambulance service, made the area secure, and ensured the responding WMAS crew were able to get to the location quickly.

“Everyone used their training brilliantly and the paramedics were impressed and able to swiftly take over.”

Gary adds that the actions from Murray Phillips and William Allen from Powertrain also made a crucial intervention having found Paul lying outside. They contacted the security team immediately, and was administering CPR when the team arrived.

Geoff Dowell, Security and Emergency Operations Supervisor, who was part of the team on duty, adds:

“It was a challenging situation with Paul lying outside on a typically cold and dark January night, but our training kicked-in and the three of us were able to revive him. Kevin and Alice managed to get there first and I rushed across from another area of the Whitley site.”

“We all train exceptionally hard for precisely these type of situations, and our goal is to deliver a round the clock emergency response service for our colleagues.”

Dean Jones, who heads up the Whitley CSBP team, says they focus on having the best training available for their crews to ensure each team possesses the right skills.

“We are always here to protect our Jaguar Land Rover colleagues and this was an excellent example of what we can do.

“It is important to underline that our officers should always be contacted in these situations, they have the skills to make a vital difference in an emergency.” 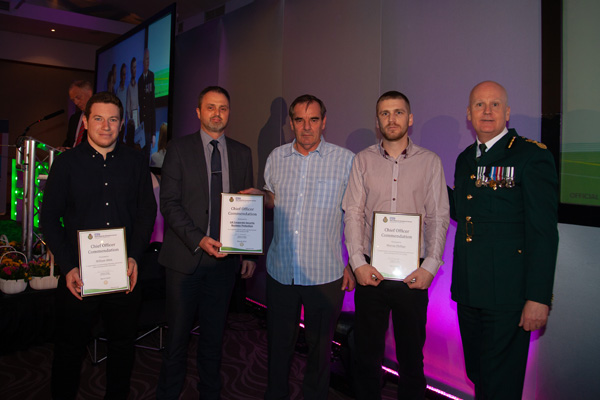