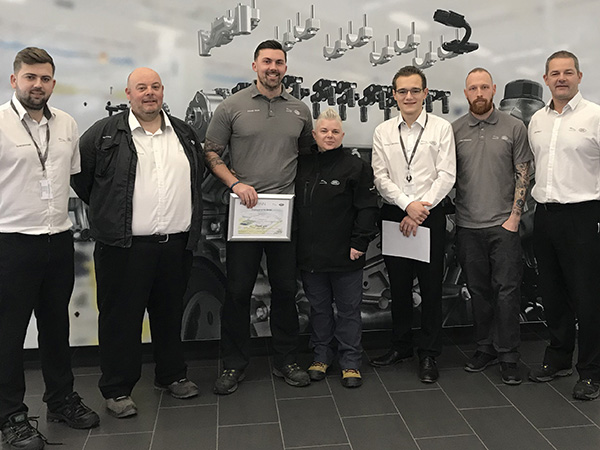 Callum Wood named EMC Employee of the Month for November

Callum was nominated for his work covering as a process leader during absences, as well as stepping up to senior process leader, when required. Jak McGann, was one of a number of people who nominated Callum, he said: “Callum has gone above & beyond. Standing in at PL level & also SPL level. He has done this taking everything in his stride while completing all of the actions with motivation and vigour.

“Callum is an A Grade Team Leader, he has been standing in as a D Grade Senior Process Leader for a number of weeks and has done this successfully, with integrity and enthusiasm.”

Runners up in November’s Employee of the Month competition were Machining’s Sam Graham, who was nominated for his work to support the install of a new HSR database on the block line and Higher Apprentice Ashley Hopwell, who was recently crowed the EEF Midlands Region Higher Apprentice winner at the EEF Future Manufacturing Awards 2017.