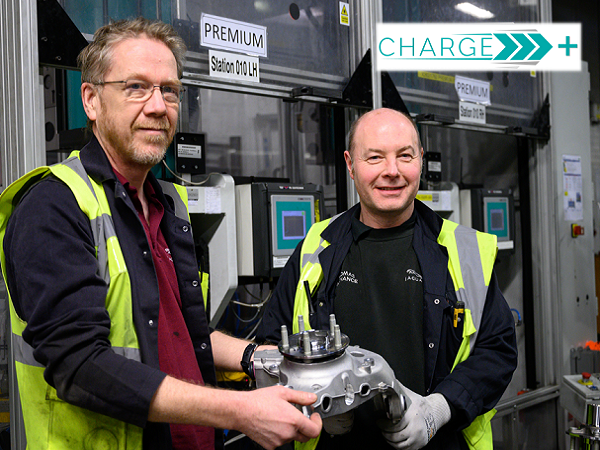 Rising to the Charge+ Cost Challenge, a Castle Bromwich team made up from Trim and Final Maintenance, ME Facilities and Toolroom colleagues have saved £120,000 by tackling machinery changes required ahead of 21-model-year updates in-house.

Due to an engineering enhancement to support a new speed sensor on future Jaguar XE and XF models, the knuckle casting that forms part of the car’s suspension has increased in size.

The Trim and Final Maintenance team quickly identified that the upcoming change to the part would have a knock on effect that would require a series of modifications to the pressing equipment used for the knuckle sub-assembly process in I Block.

Adding to the technical challenge is the fact that the equipment will have to continue to run current 20-model-year parts for the time being whilst 21-model-year tooling trials and pre-production build phases take place ahead of Job #1.

Previously, similar changes to this equipment would have required external support from the vendors who had quoted nearly £120,000 to come in and make the changes.

Confident of their own in-house talent and keen to contribute to the company’s focus on removing unnecessary costs through the Charge+ initiative, the team were determined to make the changes themselves.

We spoke to Dan Thompson, Trim and Final Maintenance Leader and Dave Butler from Manufacturing Engineering about how the team solved the problem.

“The first tooling trial cars were due in less than two weeks, so we acted quickly to implement a holding fix that would allow the news parts to pass through the process by using a temporary spacer,” said Dave.

“That was quite a manual process that involved members of the Maintenance team working closely with Associate Operator on the station to reset the equipment each time.”

“We knew we had to develop something more permanent,” added Dan. “So the team engineered a solution then Richard Newell and his team in the Toolroom were able to strip down the existing machine and fabricate some new parts here on site at CB.”

“We’ve now got a custom built piece that is the right size ready for the 21-model-year knuckles with a built in adjustable spacer that allows us to keep producing current 20-model-year knuckles for the moment,” Dan continued. “Once 21-model- year Job #1 arrives we’ll be able to quickly remove the spacer and continue with the process as normal.

“We been in touch with our Solihull colleagues who also produce models on the D7a platform to offer to share the solution with them too, so potentially we could double those savings”

The team’s effort has saved a massive £115,000 to date and are looking to make some final adjustments in the next few weeks that will bring the total up closer to £120,000, a great effort by all those involved. 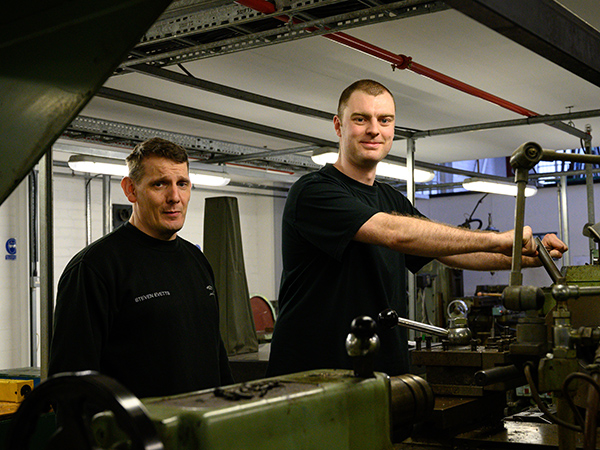 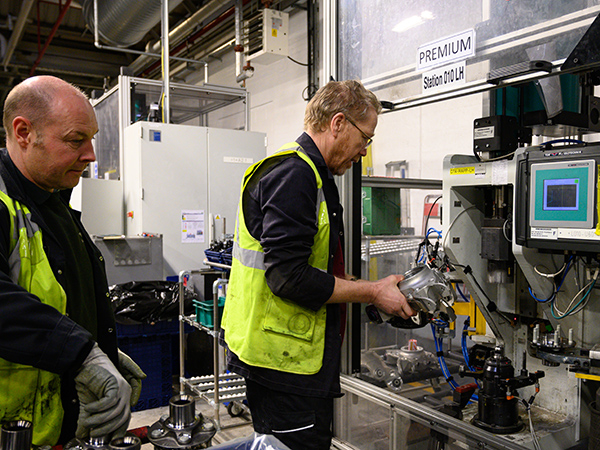 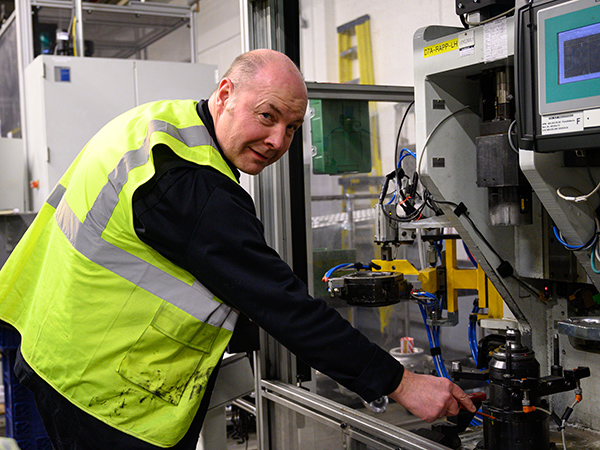 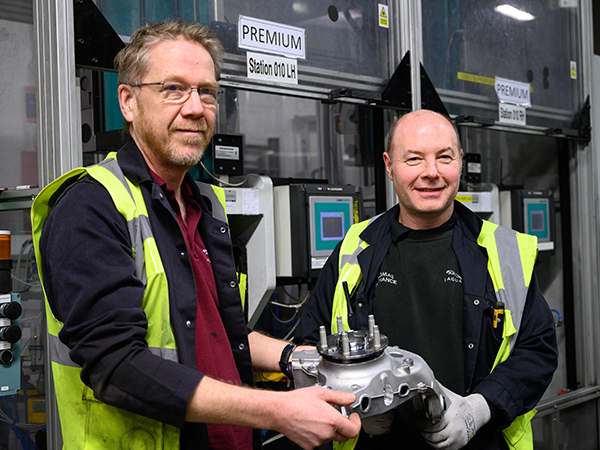