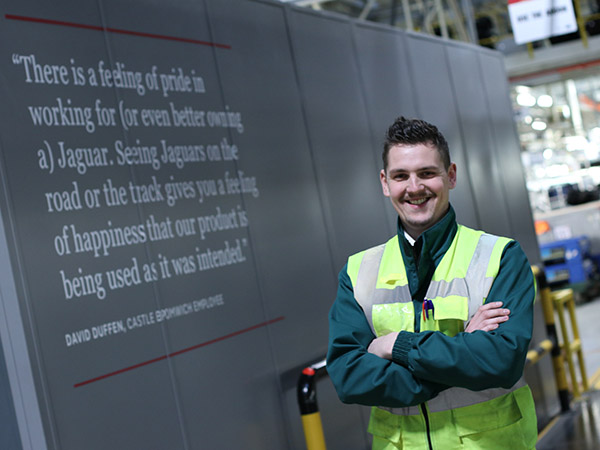 Production Leader Pete Crowe said it was time to put his money where his mouth was after becoming the latest member of the Castle Brom team to climb into his own Jaguar.

The married dad-of-one, based in D Block, is now the proud owner of a new F-PACE R-Sport after picking one up on the company’s Privilege scheme.

A Yardley native, Pete opted for a larger vehicle to accommodate his expanding family considering he’s expecting a second boy in March to compliment his two-year-old son who is himself the proud owner of an electric F-TYPE toy.

The 29-year-old has been with the business for over seven years, starting on Line 2 Damper Fit in D Block before progressing to his current role as a senior production leader, and he said he’s proud to say he now owns a Jag as well as building them.

“When I got my car I cast a close eye over it in the way that our customers would do and I think you feel closer to the customer when you own one yourself because you see it from their perspective,” he said.

“I work with Jaguars every day so I thought it was time to put my money where my mouth was. The

Privilege scheme was really painless to navigate and I was surprised as well at how much choice there was.

“Jamie, the operations director, spoke about the importance of buying into the brand and I think when you buy into a brand you build you’re proud to own it and you also advertise that pride to other people that don’t necessarily work for the business.”

Having picked a black one Pete, who is a fully qualified non-league referee in his spare time, is under no illusions about the toil it will take to keep it shining but he said it was a great feeling to be handed the keys for the first time.

“It’s a great feeling when you pick it up. I couldn’t give it a full run out the first day because I had to be back on shift but I’ve had some great drives with the family in it since then.

“I make sure I park it nice and far away from any other cars to keep it safe although it means a few extra yards walk to the shop but it’s worth it.” 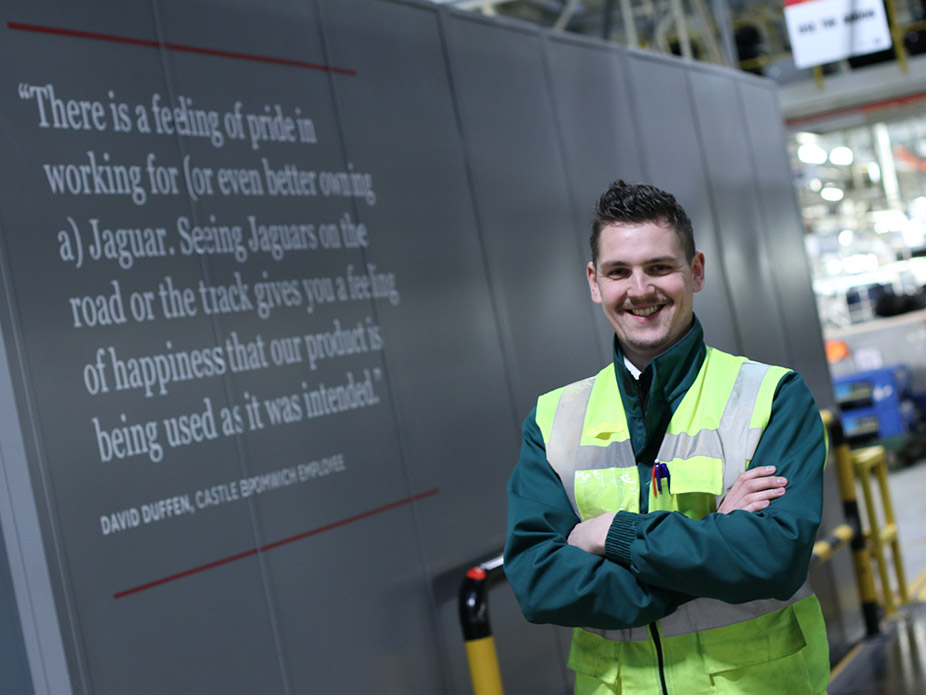