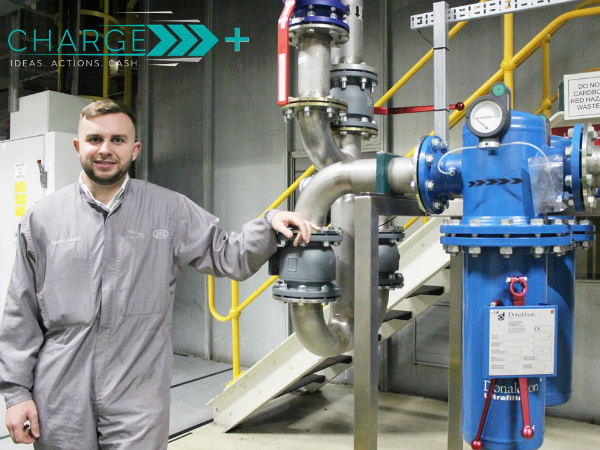 Dan Davies, Facility Engineer, started in Halewood seven years ago as a degree apprentice and has worked in paint for the last five years where he looks after the shop’s 42 robots.

However recently the robots had been really pushing his buttons! They are supplied with high pressure air from three compressors but compressor failure has led to maintenance having to turn certain robots off so they can reduce air demand.  This meant the robots were always on the edge of tripping out and if they did it could stop production.

Dan went on the hunt for a “cache” of ideas to solve the problem. One of the easiest options was to buy a spare compressor at a cost of £350,000 but with Charge+ on his mind Dan knew he had to find another solution.

Running high pressure air is also extremely costly and if they could get the robots to work using the low pressure air system where they had a lot of spare capacity it could resolve this issue and also save on running costs too.

It is recommended that the robots run on high pressure air but Dan was a man on a mission and during downtime or weekends, instead of recharging his batteries, he got busy transforming the robots with the help of the estates team by turning the high pressure compressor down lower.

Dan's determination paid off as he found that the components could perform on a lower air pressure and the pressure sensors would just need adjusting.  The team installed a pipe to join low pressure air to high pressure air with non-return valve and isolators.

This new process has been running since August this year and has not only saved the £350,000 cost of the new compressor but also energy costs of £211,000 per year.

Dan told us, “Charge+ gave me confidence to challenge the norm, I didn’t just accept the cost of the new compressor, with savings in mind I investigated other options finding a much more cost effective solution and I feel really proud we were able to implement it and make such savings for the company”.

Well done Dan, this is a significant cost saving that has made a huge difference. 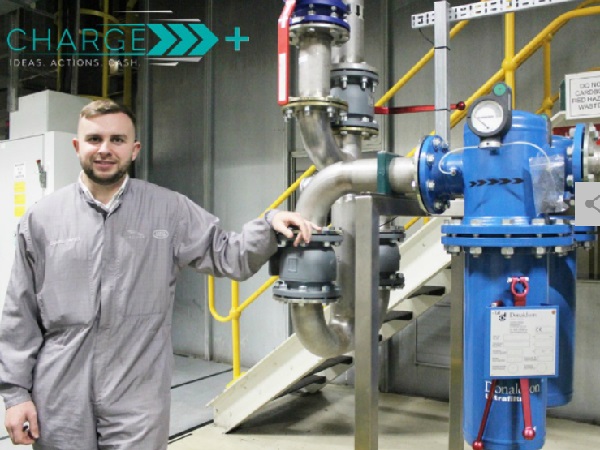