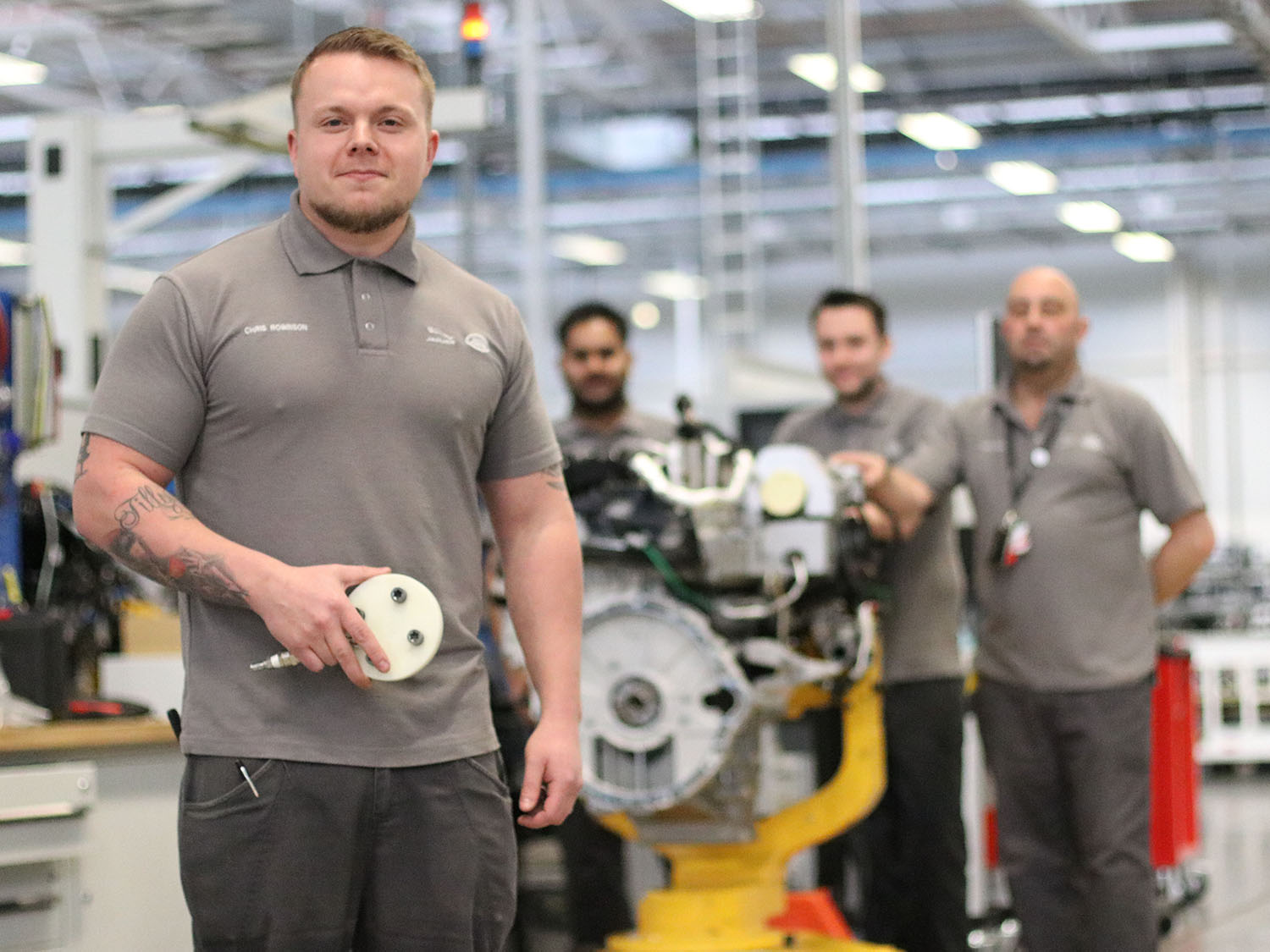 Diesel assembly’s Chris Robinson has celebrated a hat-trick, becoming the EMC’s first winner of Kaizen of the Month on three separate occasions.

Leading a team of five, made up of Dave Miller, Connor Franklin, Andy Perk, Ollie Hodgetts and Jeevan Mall, Chris came up with an idea to create a crank sealing tool, which would enable its operator easier access to test for a leak path through the crank.

The team also investigated whether the tool could be made in-house by the designated Kaizen team, as a result saving the business thousands of pounds.

The solution was a lightweight tool, which was ergonomically friendly, easy to fit and cost just £15 to produce in-house. A massive reduction from the £2000+ quoted by an external supplier.

Chris said: “Working in Zone 14, alongside cold test, the team have been able to come up was a number of improvement ideas and, working through the kaizen process and cross functionally, transformed those ideas into tangible benefits to our area and the business.

“This latest idea came about as a result of a previous kaizen, so was really the next step in the evolution of leak test improvements in zone. We were previously using a steel tool to carry out the job, but it was cumbersome and hard to fit, so we wanted to find a way of making a tool that would make the whole process quicker and easier, without impacting on quality.

The whole process from initial concept to implementation took about a month.

The new tool is made out of nylon and was milled in-house by members of the kaizen team to exact specifications. It’s also a solution that can be rolled out across the facility where leak tests are required, in the petrol assembly hall and in Mod 4.

“It’s important that people realise that kaizen’s can be done at any time, not just in the designated kaizen hour,” added Chris.

“This allocated time provides a great structure, but we need to ensure that people have kaizen and continuous improvement at the forefront of their minds, leading cost, quality and improved processes.” 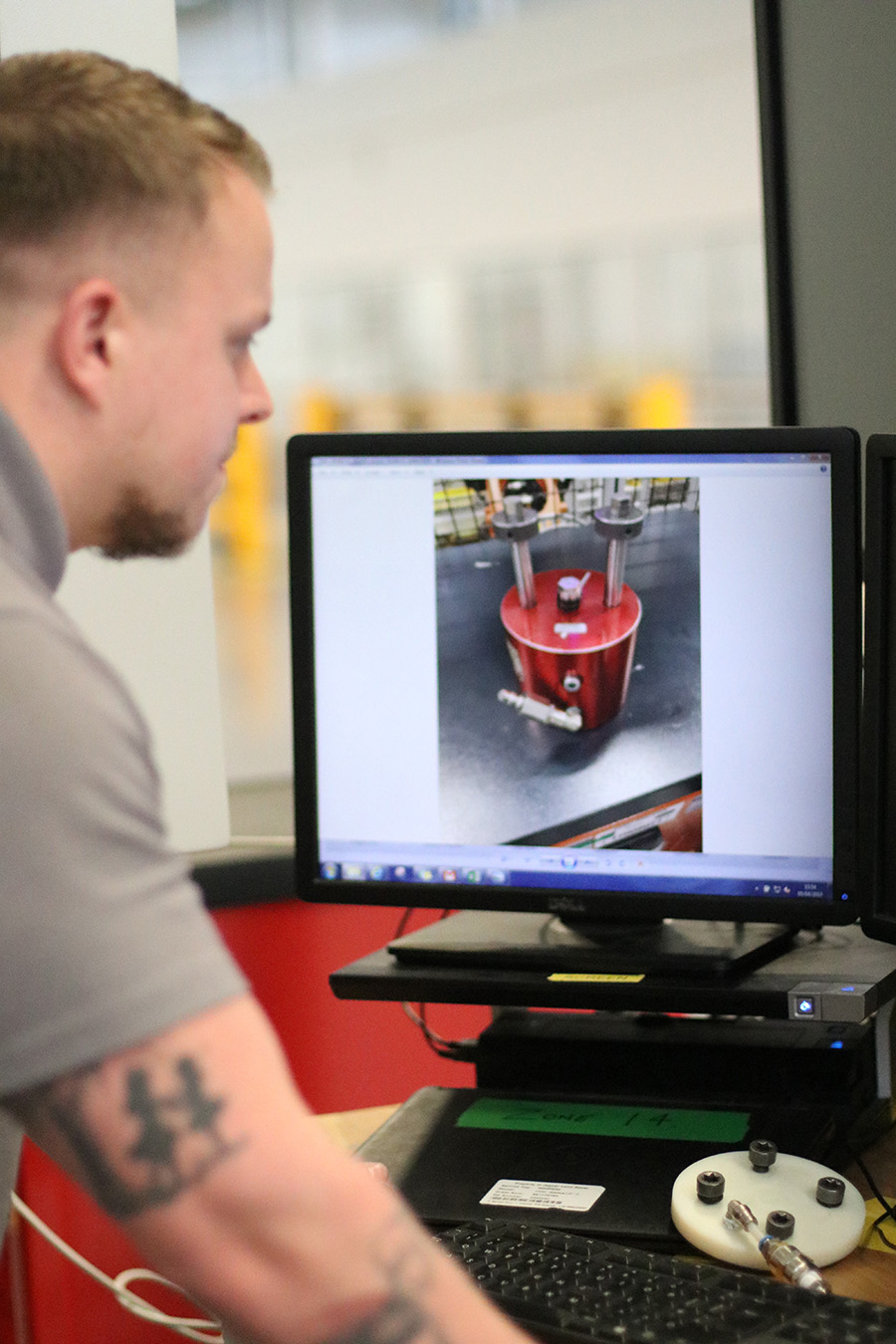 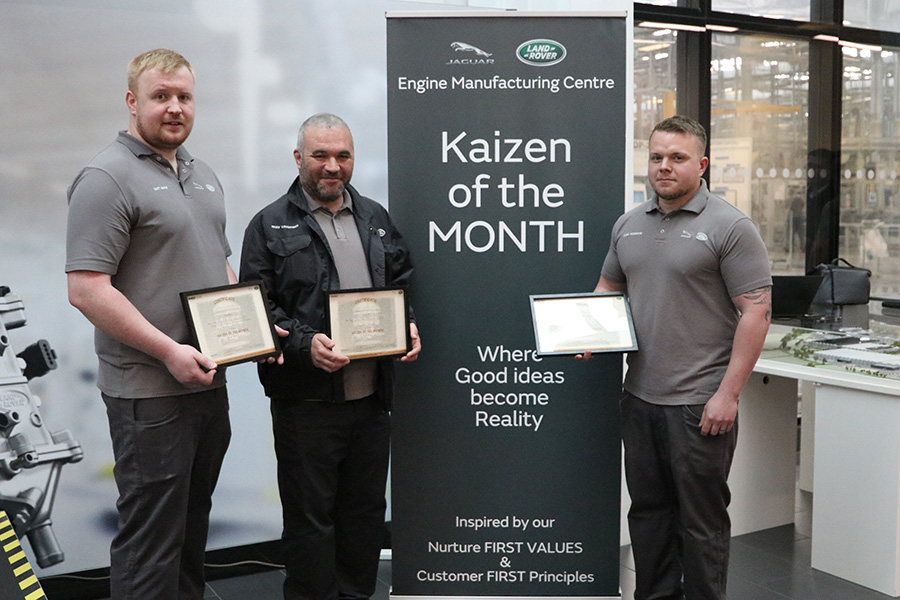 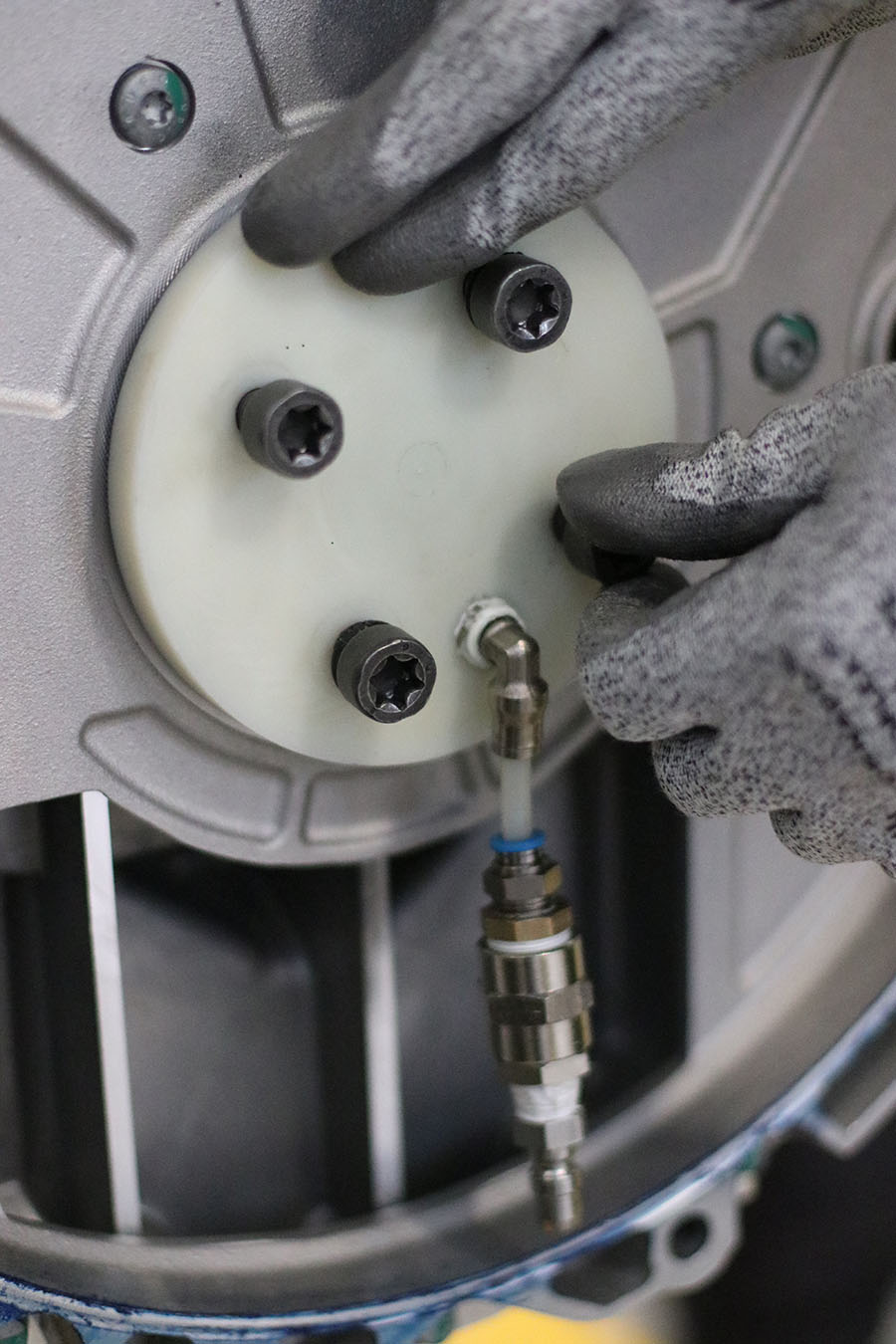 View more
0
On your bike