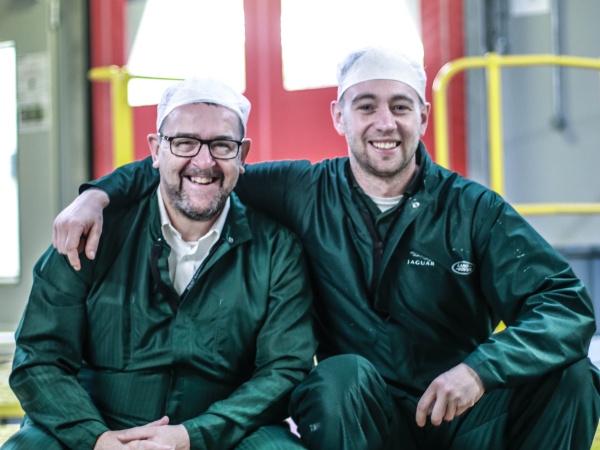 COLLEAGUES INSPIRED BY SPENDING A DAY IN EACH OTHERS' SHOES

Last year, managers in Solihull's Bodyshop went back to the production line to learn what it’s really like to be an Associate. Inspired by the story, a team in Paintshop has taken that one step further – with Associates spending a day with their Process Leader to understand what life is like in their shoes.

Across the business, colleagues are encouraged to get to know and listen to each other. So when Process Leader, Andy Sheffield, (or ‘Sheff’ as he’s known around the Paintshop) heard about managers spending a day shadowing their associates, he began to reflect on how he could build an even stronger relationship with his team.

Sheff explained, “I was really impressed with managers going back to the shop floor but I had a different take on it. It made me wonder whether my team really understood what I do – and realise that it would help if they could see what I get up to every day."

He decided to take action. Over a number of shifts, Sheff arranged cover for a number of Associates to step off the job and spend some time in his shoes. Sheff continued, “I made sure that the Associate shadowing saw what we do at the start of the shift, how busy it can be and that we’re not there to police. The main thing we want to do is make sure everyone is ok and has the support they need.”

Spending time in the footsteps of a manager really inspired Paintshop Associate, Anthony, in particular. He explained, “If I’m being honest I didn’t really know what to expect. I thought managers came in, had a cuppa, checked their emails, and every now and then came to see what's going on on the line.”

It wasn’t just Anthony’s take on a manager’s job which changed. Shadowing Sheff gave Anthony the chance to reflect on his time at Solihull and what he wants to do in the future. Anthony continued, “I’ve not always been a model employee. I’ve been in the same area for years now and have been in trouble a few times.” Since spending time with Sheff, Anthony has taken the opportunity to step in to a new role which has helped him turn over a new leaf. Anthony commented, “The new job is great. It’s a different process masking the roofs and I’m enjoying it.”

A new job isn’t the end of Anthony’s ambition either. “I’ve started having a look at becoming a Group Leader and in the next few months I’m going to put in for my training. Hopefully one day I’d like to be a Manager, but let’s start with being a Group Leader first!”

Taking the time to get to know each other may sound simple, but in Sheff and Anthony’s case it proves that simple changes can have a really positive impact on each other.

To hear more about Anthony and Sheff's experience in each other's shoes, watch their video interview here.

I was really impressed with managers going back to the shop floor but I had a different take on it. It made me wonder whether my team really understood what I do – and realise that it would help if they could see what I get up to every day. 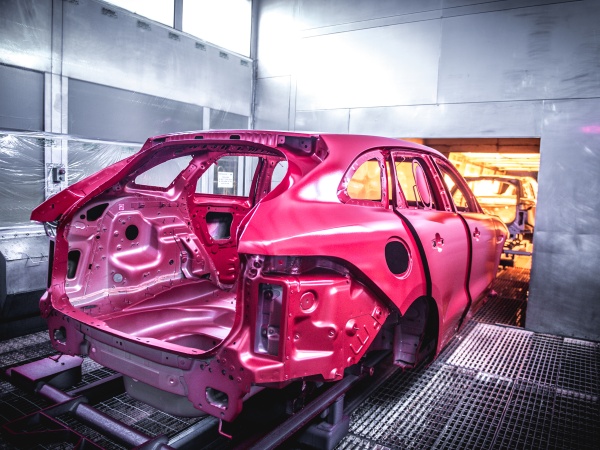 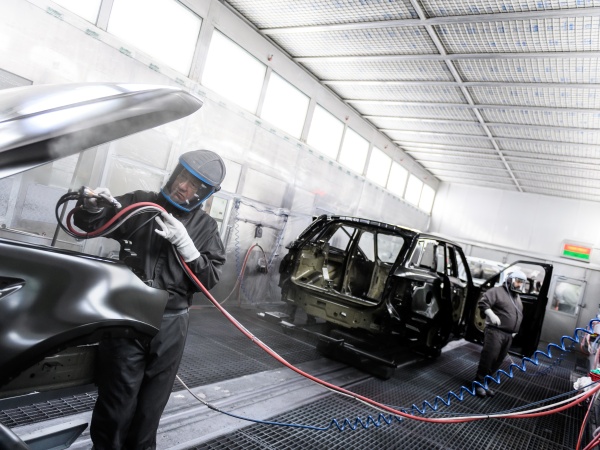