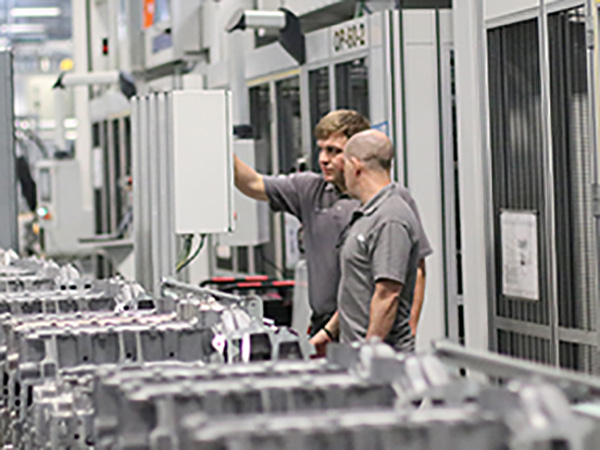 Gordon, joined Jaguar Land Rover in August 2014, having previously been employed as a senior supervisor in the courts and as a team leader at the former manufacturing operations at Rover Group in Longbridge

The 53 year old is often referred to ‘affectionately’ by his team as ‘Dad’, a moniker he doesn’t seem to mind. Although, it reflects more on his management style as a motivator and an experienced member of the team, someone who people can rely on and go to for advice and support.

It was with this in mind that he stood out as the perfect candidate for Asset Management Team member George, 22, to shadow for a week. The experience aimed to give both George and Gordon an insight into what the other did, help them to understand the constraints and challenges and build better internal customer relationships.

For George it also gave an opportunity to understand how his role and in particular potential down-time caused for fixes and maintenance by the AMT impacted on Gordon’s team.

A former apprentice at an agricultural business, George joined the EMC last year. His experience working to build and repair vertical borers and in CNC and engineering meant it was a perfect opportunity to utilise his skills and for career progression.

Whilst working on his personal development plan, it was identified that a better understanding of the challenges faced by team leaders within the manufacturing hall could improve relationships and also provide exposure to other areas of the business, with a view to possibly earmarking future progression.

For Gordon, it offered a chance to explore succession planning; training others for the future growth of the EMC, something he’s passionate about.

“It was a great opportunity to really get to know Gordon and his team on the head line, as well as what his main priorities were, including managing processes, people and ensuring the line build rate is correct,” said George.

“One of the most interesting things for me was seeing how Gordon motivated his team and how this had an impact on overall performance. During the week I also got to understand the potential impact that the Asset Management Team can have on the line and its potential knock on effect and understandably the importance of a joined up approach.”

“I jumped at the chance to be involved in this project,” said Gordon. “I don’t think you realise how much you know until you are given the opportunity to work with someone in this capacity. I’ve been at the EMC for nearly 4 years now and have seen the facility and workforce grow significantly during this time. I’ve worked in the Diesel Assembly Hall, as well as in the Machining Hall, so I’m in the position of knowing first-hand the effect a break-down in our area has on other areas.

“I think it’s absolutely vital that we encourage and give opportunities to team members, like George, who work incredibly hard to support operational efficiency. This initiative gave him the opportunity to explore other areas of the business and gain a better understand of the internal customers.

“I also think this initiative could help to get suitable people ready for their next job, before the roles become available. It’s given George an insight into how the head line works, some of the daily constraints, but also what it’s like to be a team leader.

“I wish I’d had the opportunity when I was 22 to come into a facility like the EMC, as there are just so many options for anyone wanting to take them.”

Both Gordon and George are keen to explore other opportunities as part of the project.

“The week spent with Gordon was a really fun and informative experience and we’ve definitely bonded and built a strong friendship. He’s helped me to develop a better understanding of where I might progress and he’s just been great to work with.”

“I’d agree,” said Gordon. “It was brilliant to have George with me for the week, he’s got a great attitude and has the know-how and skills to progress.” 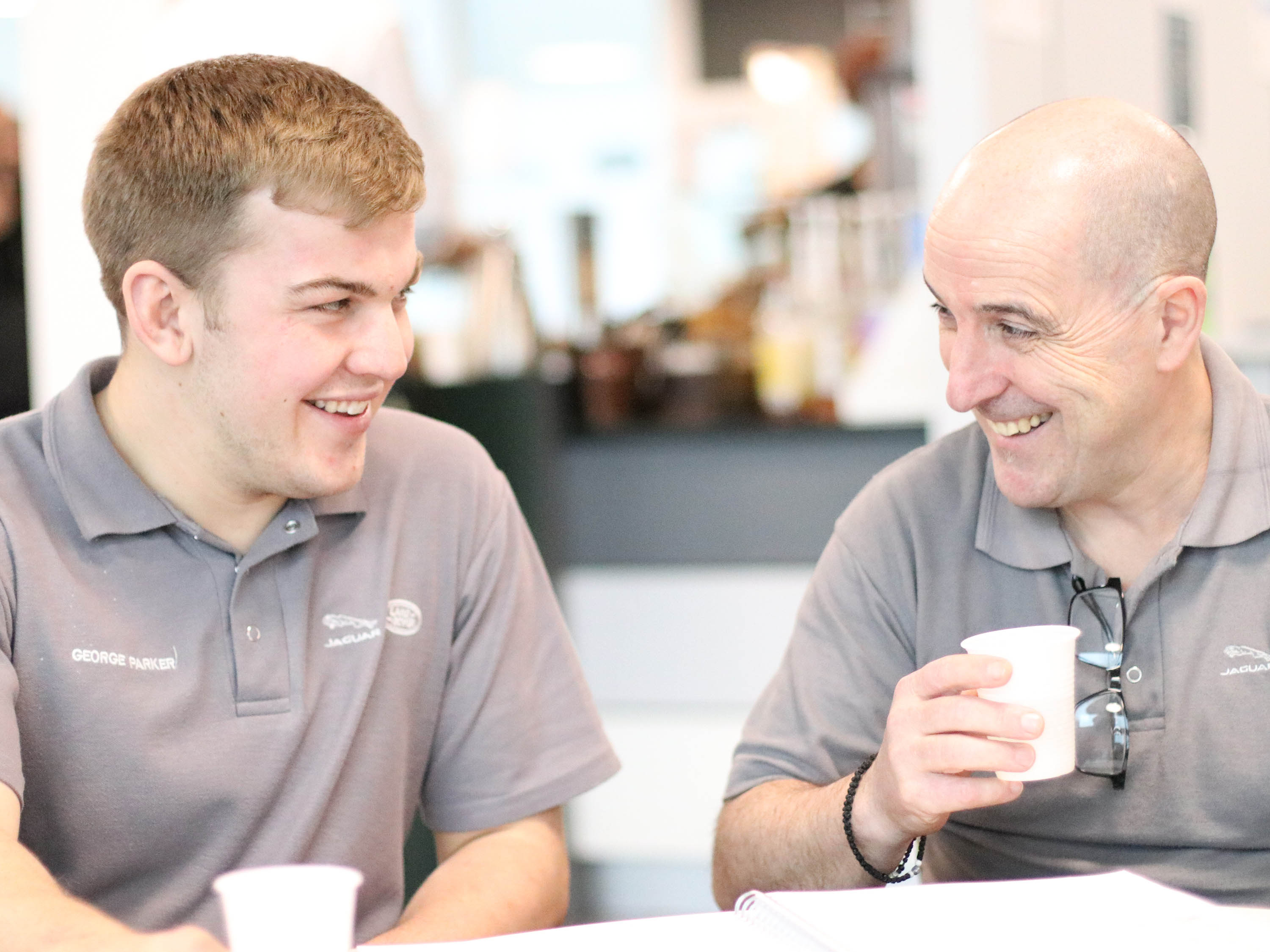 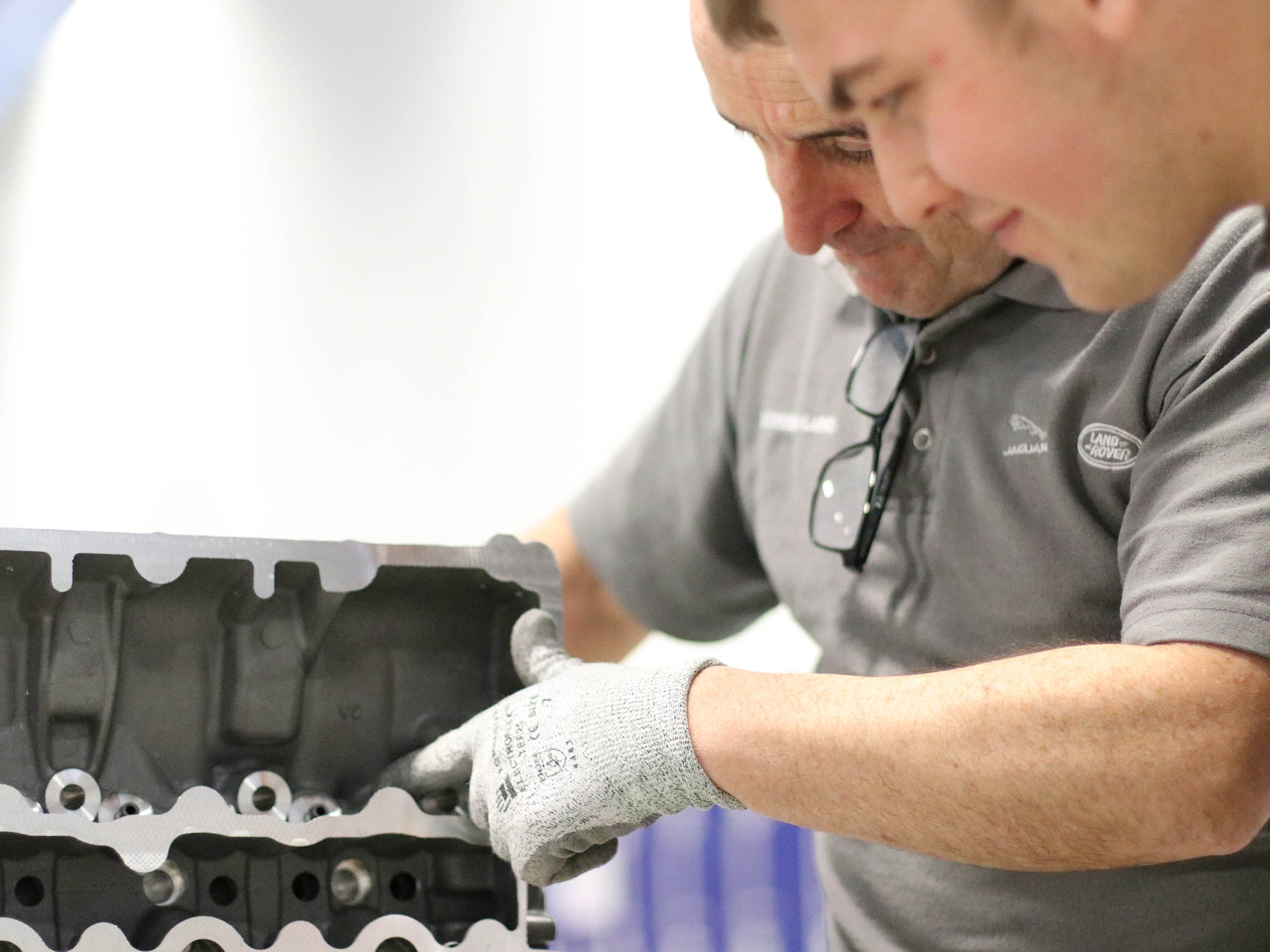 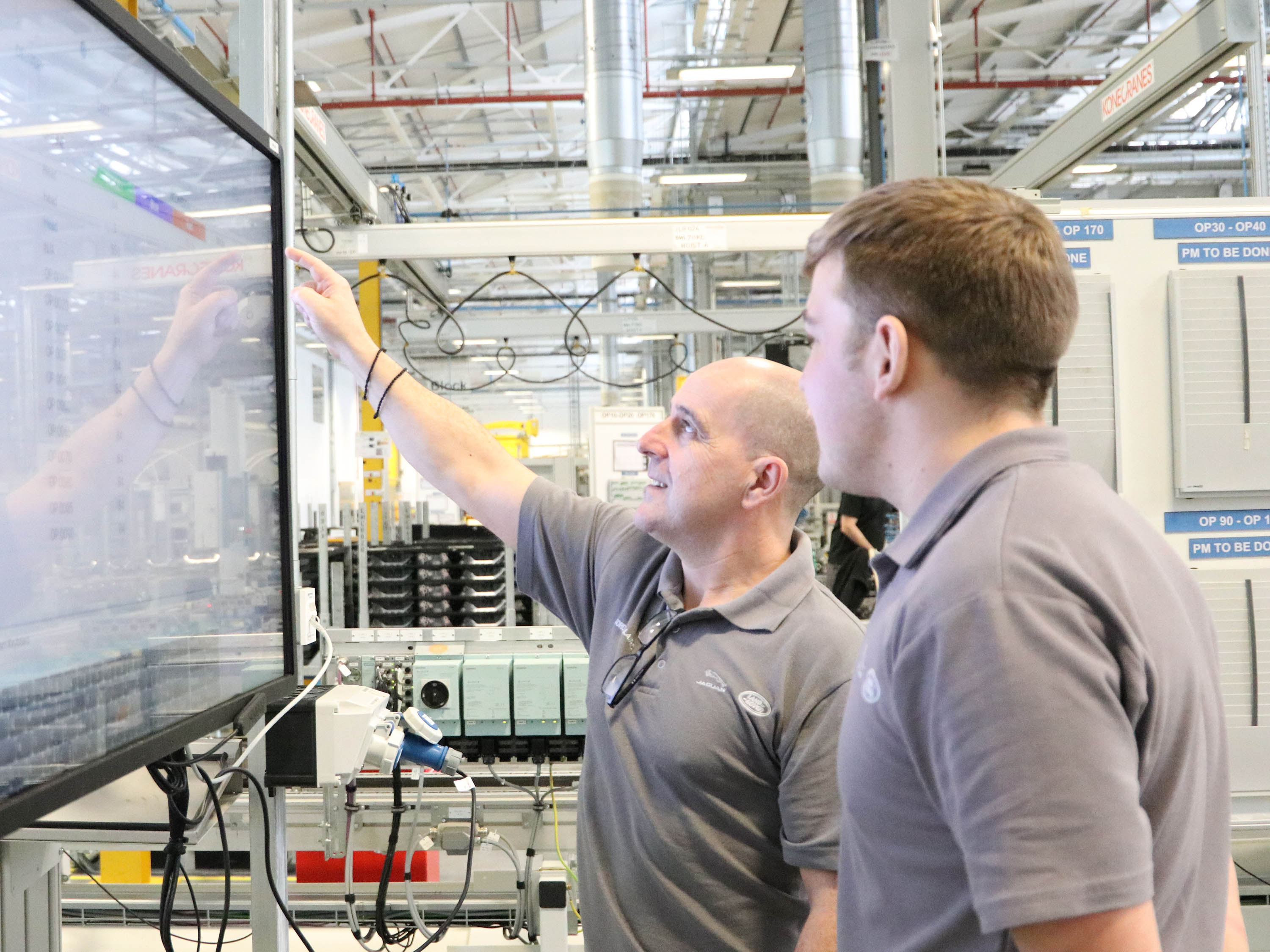