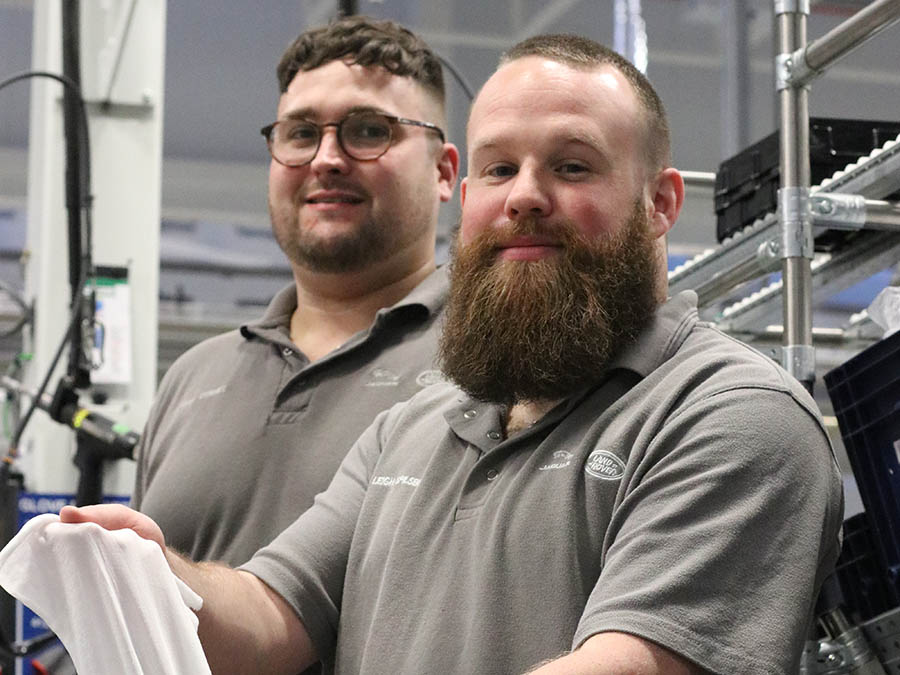 A simple, but hugely effective Kaizen in the EMC’s petrol assembly hall is set to make a £15k cost saving at the facility and the team have only just wiped the surface with the idea, picking up Kaizen of the Month in the process.

The improvement is the latest in a number of Kaizen projects completed by Leigh Spilsbury and colleagues Robert Evans and Joshua Cornes in-zone, in the last six months, aimed at improving efficiency and ergonomics.

It involves Station 1450, which follows where the sump is attached to the block on the assembly line, using RTV (Room Temperature Vulcanisation) a type of sealant. Over the last six months at least four improvements have been made, all of which help to improve quality, cost and ergonomics.

As part of the process in station associates are required to wipe small amounts of sealant from the engine’s four corners with a lint free cloth. They realised that the standard sized tubular cloth, which could only be used for ten applications, was too large for the job, so they set about working with the Kaizen team to develop a cutting jig to be installed line side to eliminate waste, without impacting on quality processes or cycle time.

The standard cloths are delivered in boxes of five bags, which cost £72.00 per box. By calculating the savings per box, per shift, it was found that up to £15k could be saved. Similar jigs could also be used in other areas of the facility where the same cloths are used to cut waste and cost still further.

Leigh said: “Op1450 is a really busy station, there’s quite a knack to keep up with cycle time. The existing cloths weren’t fit for purpose, they were too big and there was too much waste. We looked at the possibility of using a smaller cloth, but found that this wasn’t possible, so we came up with a different idea to install a wire framed cutting jig at the station.

“We took the initial design to the in-house Kaizen team, who made a few adjustments and then manufactured and installed the jig for us. The cloth fits over the jig and we’re able to use scissors to cut as required. It’s a really simple and safe solution, but has proved incredibly effective and also has the potential to save £15k every year across the Mod 1 and 1A assembly halls. It’s definitely something that can be rolled out in other areas of the EMC where the same cloths are used. We’re looking forward to seeing how this can be implemented elsewhere, creating even more cost savings.”

It’s a really simple and safe solution, but has proved incredibly effective and also has the potential to save £15k every year across the Mod 1 and 1A assembly halls. 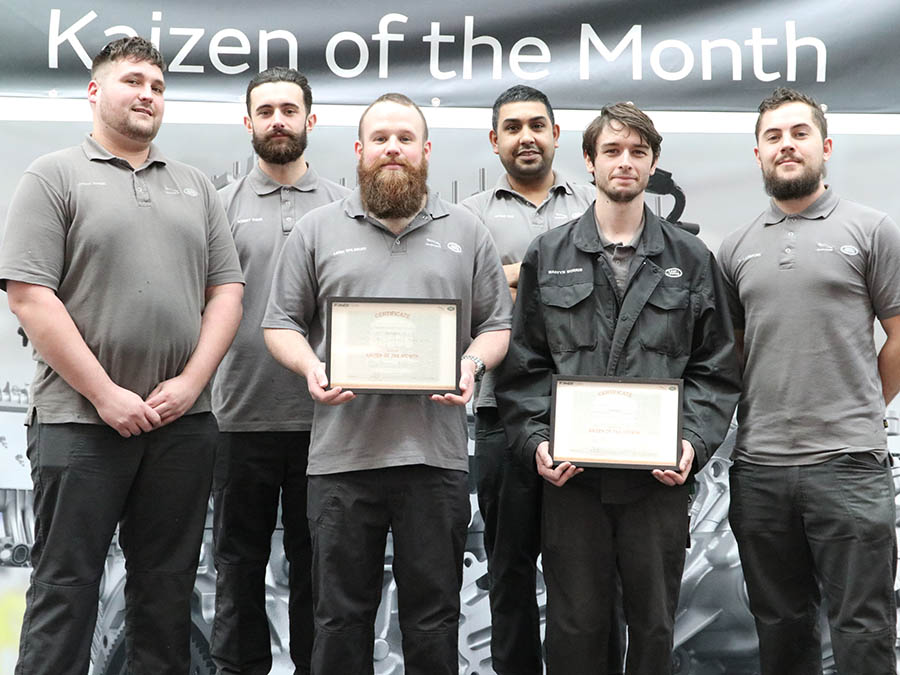 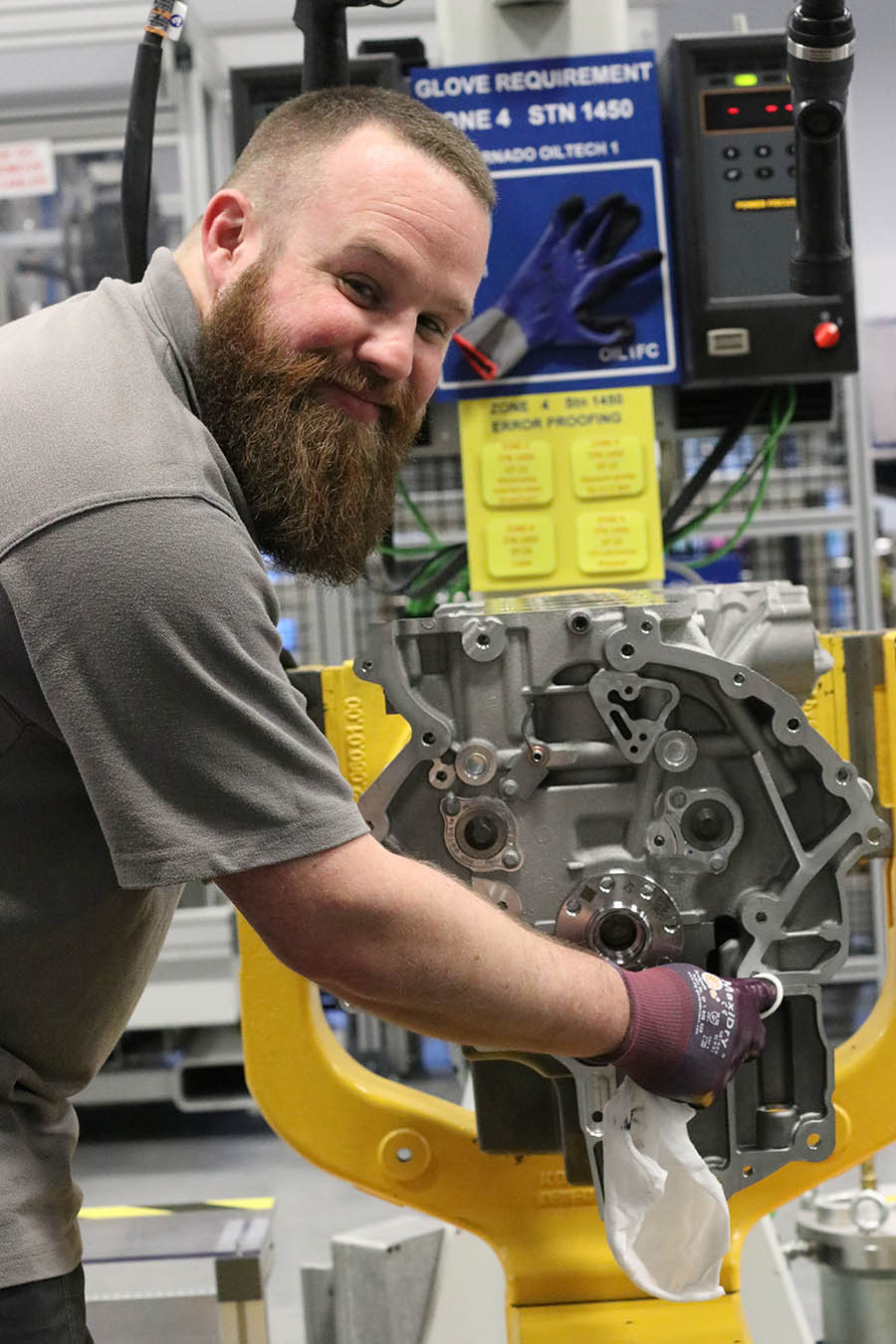 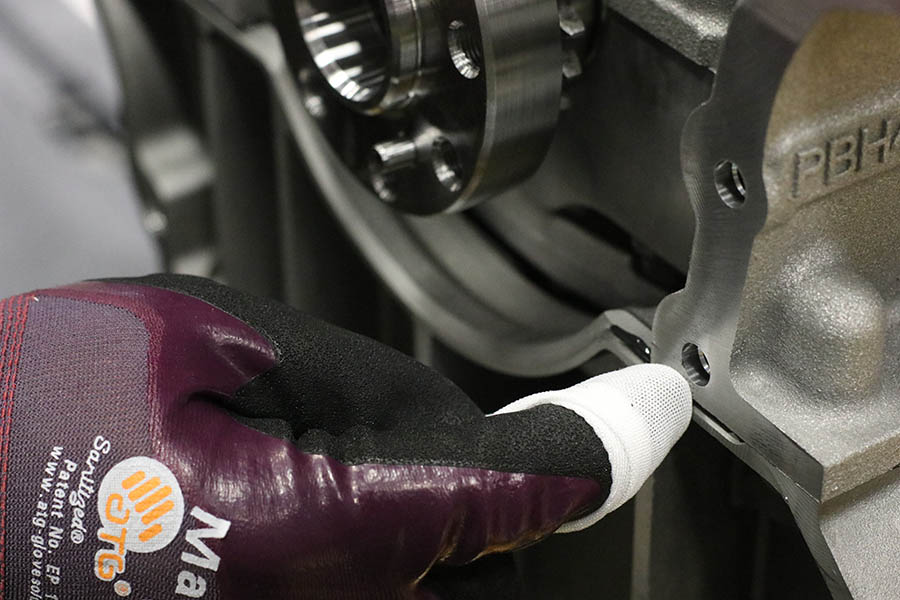 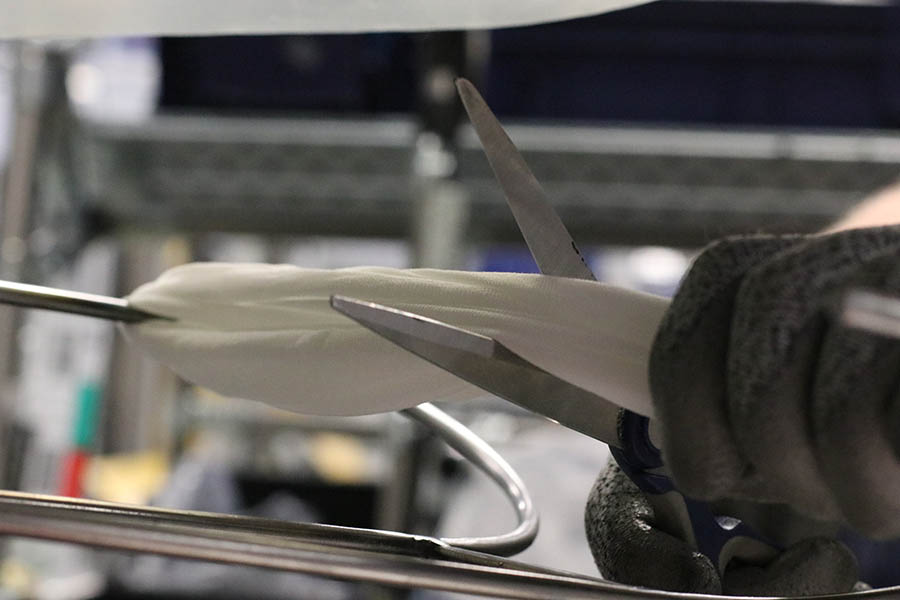