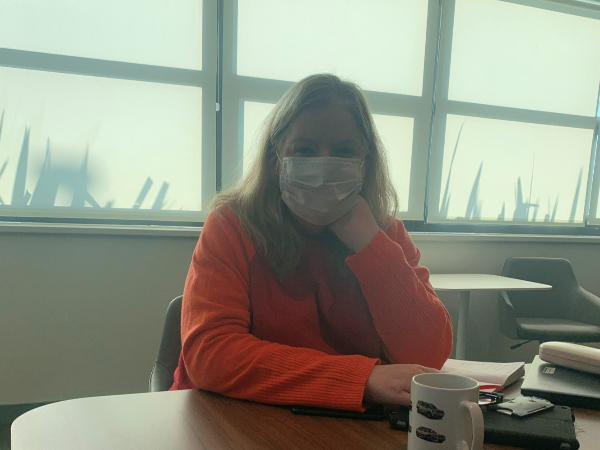 D&I: BE CREDIBLE, CONSISTENT AND CONFIDENT

Danella Bagnall, JLR Vehicle Programme Quality Director and a huge ally for Diversity & Inclusion across the business, returned to Halewood last Friday to speak to the Halewood GEN and Women in Engineering & Allies (WiE&A) networks.

Previously Danella worked at Halewood for two years.     Danella started as an apprentice at JLR in 1987. Thirty five years on and she has covered a variety of engineering roles including being Chief Product Engineer for our award-winning Evoque.

She said: “My biggest inspiration in life has been my mum. She didn’t have a degree herself and always wanted for her two daughters to study, have a rewarding job and lead a satisfying life.”

“In school I was very good at maths and science. It was my French teacher who said I should be an engineer. From then on, I started to research the meaning of that word, as I still didn’t know what I wanted to do- that’s why apprenticeships are such a great place to start as they equip you with so many skills and open many doors.

“My dad was working on shopfloor at Jaguar in Coventry at the time and I became interested in the process of what makes the whole car and decided I wanted to be a body engineer after my degree and have now been one for most of my life.

During the session, Danella talked through her journey at JLR including her most recent secondment to China. She said: “I’ve been based in Warwick, spent a lot of time in Solihull, two years in Halewood and more recently China where I spent just under three years.

She added: “The hardest thing has been being away from my family, but I had the opportunity to learn new things and broaden my knowledge of other cultures which was fascinating.”

Asked what she thinks about the D&I networks at JLR, Danella said: “JLR is a great place to work, and the D&I networks are playing a huge role in this. My advice to anyone would be that when you come to work, come as your authentic self- keep your style, be credible, consistent and confident.

Danella added: “The world is changing and must embrace that. I have a Goddaughter who is 17, and she recently announced that she doesn’t want to be identified as a ‘she’.

After she told us, I started to do some research something we should all do to broaden our knowledge on these issues so we can be fully equipped to support our employees in the best way we can. I’m really looking forward to seeing how our networks evolve over the next twelve months.

Danella added: Speaking from my own personal experiences as a woman in engineering, it goes without saying that women are still underrepresented but our networks can help make a huge difference to drive change.

“Never be afraid of being the only woman in the room- you are there because you have earnt your place and someone believes in you!”

To become an ally for a Halewood Diversity & Inclusion network, please email HWTALK@jaguarlandrover.com to find out more about our networks and how to get involved.

View more
0
THE HALEWOOD FOODBANK TAKE OVER IS BACK!