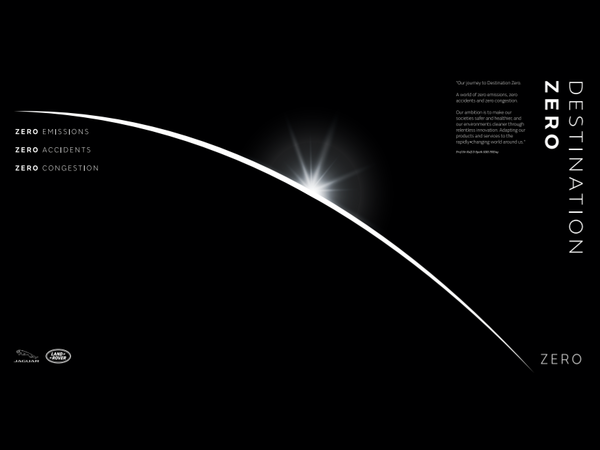 When it comes to embodying now and future objectives for a cleaner and more efficient world, Jaguar Racing’s Formula E programme resonates throughout Destination Zero.

“This is all about shaping ourselves for the decades ahead,” says Chris Thorp, Responsible Business Director at Jaguar Land Rover.

“In the background we are very closely monitoring and looking at things like the Paris Agreement and the net-zero carbon commitment of countries around the world. We understand that the responsibility we have as a major global car manufacturer is to contribute positively to society as a whole.”

But Destination Zero is much more than just being active in crafting and carving out a socio-economic future for the brands of Jaguar and Land Rover.

From this year onwards, all new Jaguar and Land Rover products will be electrified. This gives a natural link into Jaguar’s race winning Formula E Championship programme which was formed to promote and evidence electrification, zero emission racing and improved mobility for the future.

“What has proved to be really engaging and inspiring for not only our own workforce, but also our customer base, is seeing what Formula E graphically illustrates as an exciting and innovative approach to electrification,” says Thorp.

Formula E is acting in symmetry with Destination Zero but at the same time also showing that JLR is already on a journey which illustrates where the programme is going.

“When we started our Formula E programme, we talked about being the first major automotive manufacturer to come into the championship and how electric cars are a core part of our future, so it’s not just a product message, there is a bigger purpose behind it all,” says Jaguar Racing Team Director, James Barclay.

Formula E was one of the first major steps in practising Destination Zero’s philosophy. Within 18 months, the Jaguar I-PACE eTROPHY was announced with Jaguar being the first OEM to create a full battery electric racing product from the multi-award winning production car.

Race-to-road learning has been a significant DNA-like theme through the Jaguar Racing programmes. The I-PACE has been pushed to its absolute limits, in the race environment. Not only has there been an ability to simulate and race the cars, but also a chance to intimately understand every driver’s different techniques, a variety of circuits and a multitude of surfaces.

“We have learnt a lot about I-PACE through the eTROPHY, enough to have a really tangible difference for our consumers,” says Barclay.

These racing programmes have become a cornerstone for Destination Zero. Some examples of technology transfer are evidenced in extra range, with a potential of 12 extra miles or 20km of real-world range for customers.

“Being a long race, we pushed the battery and the thermal temperatures to maximum limits in terms of capability and we also learned how much we can extract from the battery at a low state of charge.”

There are so many affinities between the innovation going on in the cut and thrust of the ABB FIA Formula E Championship and the Destination Zero programme. Not only that, but a cultural change, a change in mindsets, and simply thinking about things differently is being embraced and acted upon. 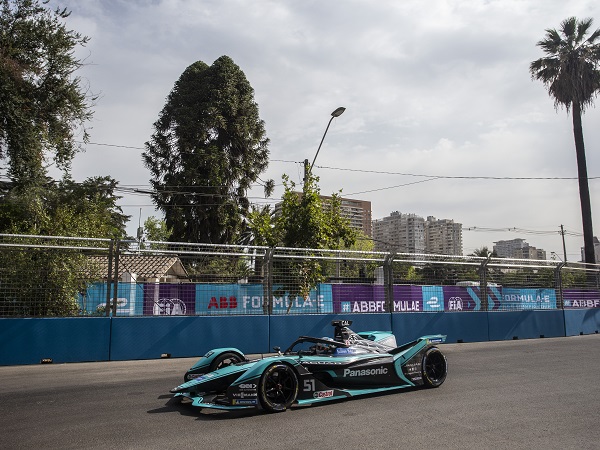 0
Charlie's Chat - an update from Halewood's charity of the year

View more
3
AWASH WITH IDEAS TO SAVE COST AT SOLIHULL