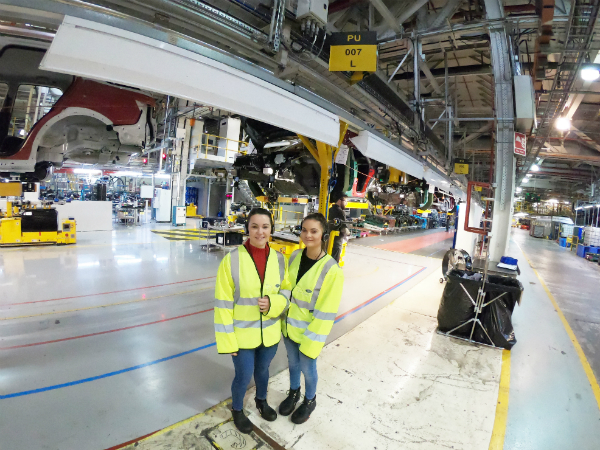 Eight is the magic number!

If it ain’t broke-don’t fix it. That’s the mantra according to Louise Broady who has been a loyal Land Rover customer for the last 15 years and recently purchased her eighth car with us in Halewood- with a little help from her daughter, Emily, of course.

Last month we had the pleasure of catching up with the two of them at Halewood when they came to have a sneak peak of their First Edition Evoque, which they will be driving home in just a few weeks’ time.

Louise, who is from Wilmslow, said: “We are like the Land Rover family. We currently have a Range Rover SVR and have been buying Land Rovers for the last 15 years.

“This will be car number eight for us and the reason we stick with them is because they are a top quality brand and we’ve loved every car we have had.”

Asked why she chose the Evoque, Louise said: “I had initially intended to buy a Velar but when I saw the new Evoque, it stopped me in my tracks. It was the perfect size, very similar to the Velar in its luxury design but a smaller more compact version which suited me more.

“I’m very into design so the new look of the car was very appealing and I’ve gone for the Nolita grey launch colour which is simply stunning.

“I also like how the First Edition model comes with everything. When we’ve bought cars in the past, we end up spending thousands of pounds on extras but everything is included with this car, so it takes away all the hassle of trying to come up with the different configurations you need.”

Asked where she intends to take her new car on its first spin, Louise, who is a primary school teacher, said: “I’d like to say something exotic like go abroad or on a long journey to the countryside but I’ll be honest, it will probably be the school run with the kids.”