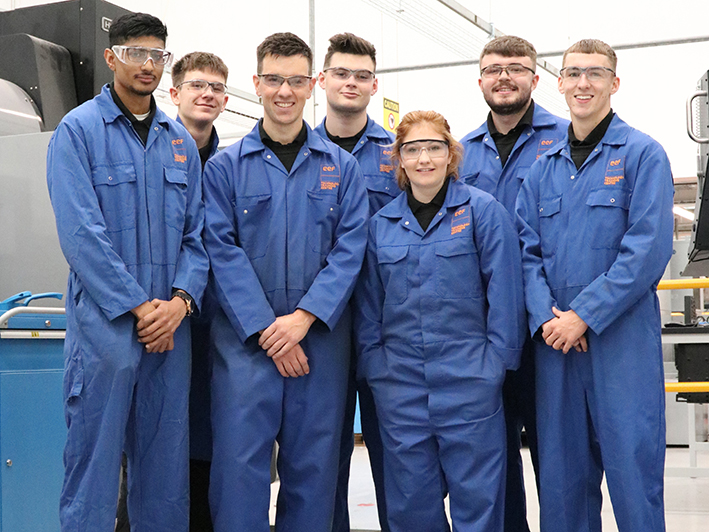 From a motocross racer to boxing champion, the 2018 intake of EMC apprentices have certainly hit the ground running.

In September Jaguar Land Rover’s new wave of apprentices and graduates arrived across the business with seven joining EMC on a four-year programme.

The apprentices will spend their first two years at EEF’s bespoke training facility in Aston in Birmingham with regular visits to the facility. The final two years of their training will be spent immersed in learning all there is to know about how the EMC works and how they can contribute to its continued success.

He’s always been interested in the practical side of building and fixing things and saw this as a fantastic way to start a career with a business where there were opportunities to expand into lots of different areas in the future.

Currently living in Kings Swinford, near Dudley, Sonny has been inspired by his first experiences of the EMC. And although he will spend the majority of the first two years of his apprenticeship utilising the training capabilities of Aston’s EEF, he’s looking forward to time at the facility.

The teenager, who is an amateur boxer in his spare time, said: “On my first visit to the EMC, I spent time shadowing some of the other apprentices, which gave me a real insight into the facility and also what to expect as a new apprentice. I was amazed at the sheer size of the facility and how different it is to other manufacturing environments.”

Jack Rolph, 19, lives in Brewood, just a couple of minutes from the EMC. He had originally taken a place at University, but quickly realised it wasn’t for him. He applied for the Jaguar Land Rover apprenticeship scheme as he saw it had great potential for the future. It also enables him to learn while earning.

He said: “When I left school I really didn’t know what I wanted to do. I’d completed an A Level in Graphic Design, so thought I’d go to University to study the subject.

“It was clear pretty early on I’d made the wrong choice. I took a year out and did a bit of travelling, before joining the apprenticeship scheme. I’m really glad I applied as it’s been great.

“The tests to join the scheme were hard and I didn’t really think I’d get through, so it came as a bit of a surprise when I got the call to say I’d been successful. I still have a passion for design, but I think now I’m much clearer in how I get there. At our initial induction week, I saw information about Formula E and that’s definitely something I’d be interested in, once I qualify and get more experience.

Away from work, Jack plays hockey, he’s even competed at the national championship. In the summer he was involved in the National World Scout Jamboree.

Adam Taylor, 17 is the youngest of the group and joins his brother Jack who already works at the EMC as a higher apprentice.

The keen footballer, who also plays right-back for Stafford Rangers, he said: “The EMC is quite futuristic, very light and clean and a really nice place. I really enjoyed my first visit to the facility, as everyone was really friendly and I even saw my brother. My family are all quite academic and I’ve always been interested in engineering and physics, plus I like cars, so it seems like a perfect fit.

He said: “The scheme is seen as one of the best in the world and it’s helped that I know a few people working at the EMC; Jo, Craig and Kim Hill, who have been really supportive of my application and success. I was successful on my second application to join the apprentice scheme, I knew what to expect, so I wasn’t quite as nervous.

“I really like the hands-on nature of maintenance and being an apprentice will support me to gain the right skills and experience and knowledge to make a difference.”

Tegan Caddick, 17, lives in Burntwood. She heard about the apprenticeship through a school’s career day. Although she’d already been to the EMC, having completed a work experience placement two years ago at the facility.

“My dad and I have always raced cars, so I’ve grown up around engines and motocross. It’s been a passion from a young age. It certainly inspired me to want to pursue a career in the automotive industry, so I applied. Prior to joining the apprenticeship scheme I worked in a warehouse. I applied and failed in my first attempt. I had to wait another year for the application window to open. It really opened my eyes to how different companies operate and the difference in working environments.

“I spend my week learning new tools, techniques and systems and then at the weekend, it’s all about cars. I’ve been in a few scrapes, I’ve broken my nose multiple times, had a cracked collarbone and broken my arm twice, but it’s such a buzz to race.

Tom Gillard, 31, lives in Redditch, and is the oldest of the group after joining directly from Solihull, where he worked in FA1.

The married dad-of-two said: “I’ve worked on the track for the last six years, so I was ready for a change. Although I enjoyed working at Solihull and in particular I enjoyed the people I worked with, I wanted a new challenge.

“I was searching for a new job through the IVN process so I thought I’d apply for the apprenticeship scheme, as it seemed like a great way to learn new skills and plan for the future.

“I know quite a few of the people onsite already, having worked for the company for so long, so that’s helped with the transition.

“On my first visit it was great to meet some of the other apprentices, who are now in their third and fourth year. I’m fascinated by the Kuka robots and how they are programmed. After my apprenticeship I’d like to see if I can move into the programming and electronics side of things.

“I think one of the biggest challenges for me about the entire process is that I haven’t studied maths in 15 years, so it’s going to be an interesting time. I’ve also had to take a reduction in my salary, as I no longer get shift allowance, but in the long term, this is definitely a good opportunity for career progression.”

Hamza Hanif, 18, was encouraged to apply for the Jaguar Land Rover by his dad and cousin, who both work at Solihull.

“I’ve always aspired to be an engineer, so it’s great to be taking my first steps to achieve this. I didn’t really know what to expect the first time I went to the EMC. It was clear that people knew exactly what they are doing, they’re really approachable and it was great to be able to talk to the other apprentices, who were where I am now. I’ve always been interested in taking things apart and putting them back together again, that’s why the apprenticeship appealed to me.”

We would like to wish all of our apprentices the very best of luck as they start their journeys with us.

The EMC is quite futuristic, very light and clean and a really nice place. I really enjoyed my first visit to the facility, as everyone was really friendly and I even saw my brother. My family are all quite academic and I’ve always been interested in engineering and physics, plus I like cars, so it seems like a perfect fit. 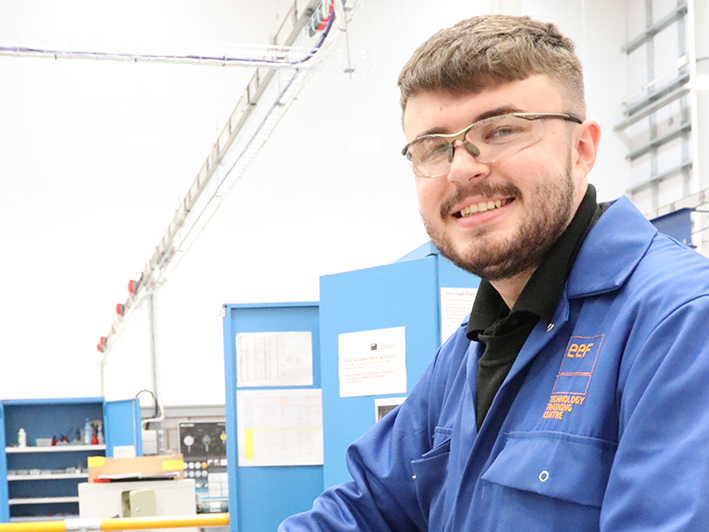 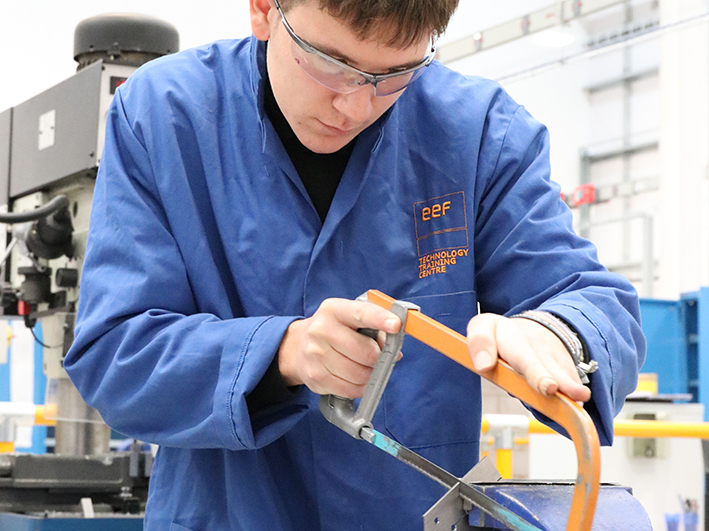 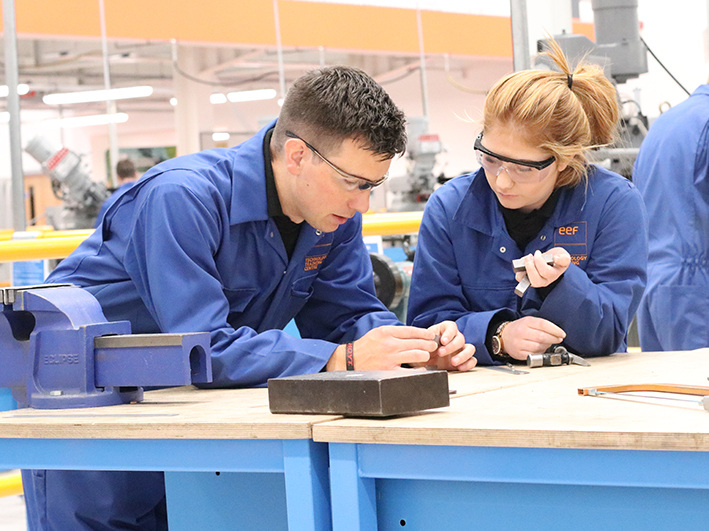 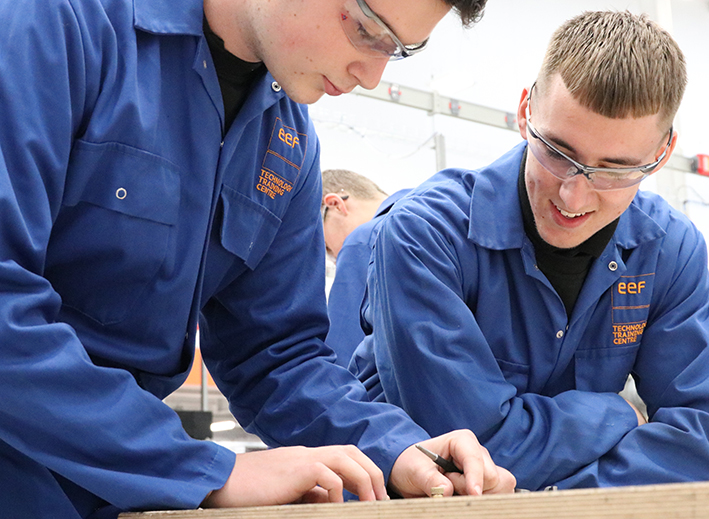