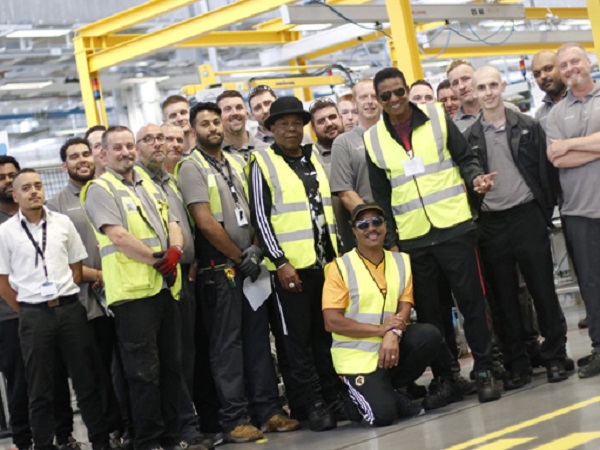 Enjoy Yourself: Music megastars Jackson 5 surprise colleagues at the EMC

Colleagues at EMC were ‘Shown the Way to Go' when they got a surprise visit from some of music's biggest megastars... the Jackson 5.

The opportunity of a lifetime was thanks to a chance meeting between an EMC colleague and the band's manager.

It was at Wolves' Compton Park training facility that EMC's Rob Deeming bumped into the group's manager while getting merchandise signed to raise money in support of Severn Hospice.

A chat between the pair resulted in an invite for the group to visit the EMC any time, and they called to ask if they could make a quick stop at the plant this week.

The team at EMC quickly put together a whistle stop tour for the trio, as they only had an hour to spare to see the site's machining and assembly halls. They stopped along the way chatting and posing for pictures with colleagues before heading off to the South of France for their last tour date.

Before leaving, they gave a signed stage-used guitar as a token of their appreciation, which will be auctioned off for charity.

Production Team Manager Gary Lewis, who led the group around the assembly hall, said: "They were fantastic. They're real fans of the brand, owning a few Range Rovers in their time. They were really interested in the details around how we manufacture our engines.

"I was quite surprised at the level of detail they wanted to go into, but you could tell they were really passionate about what they were seeing. When they stopped to say hello to the teams on the track it really made everyone's day. They were a class act."

Safe to say colleagues at the EMC would welcome the trio back as they could ‘Never Say Goodbye’. 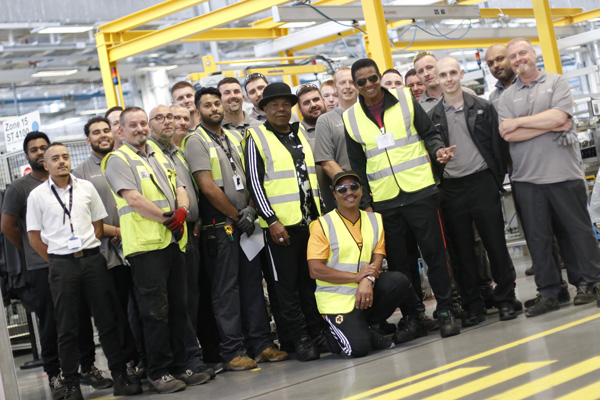 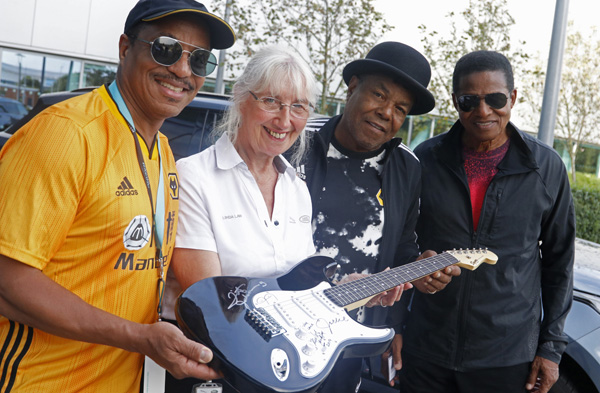 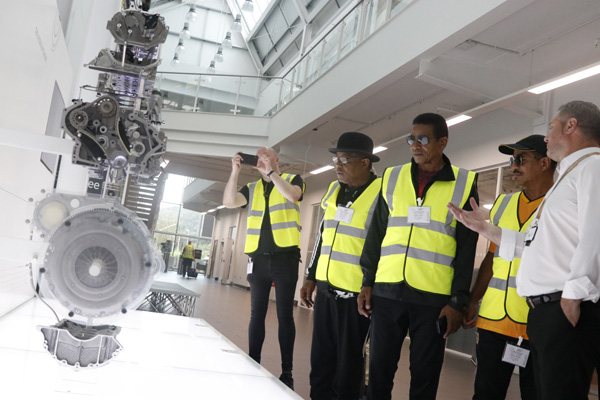 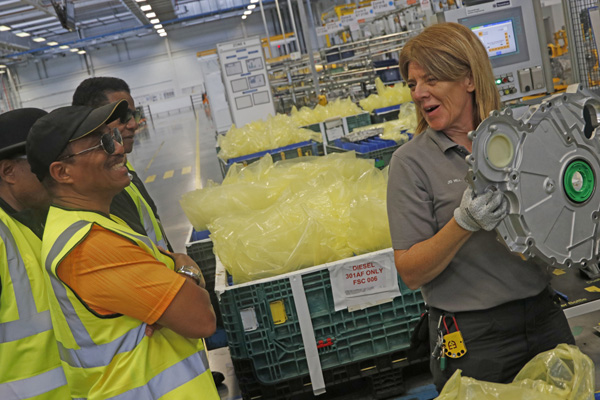 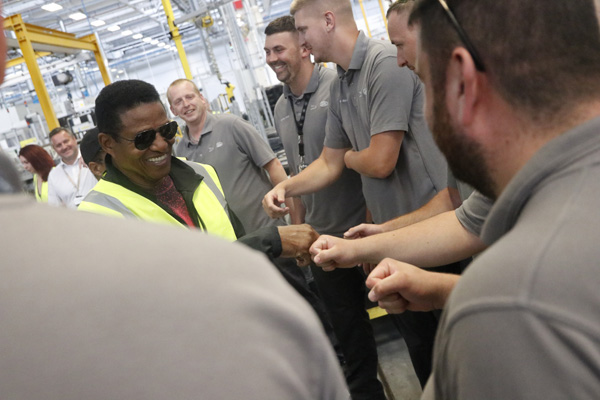