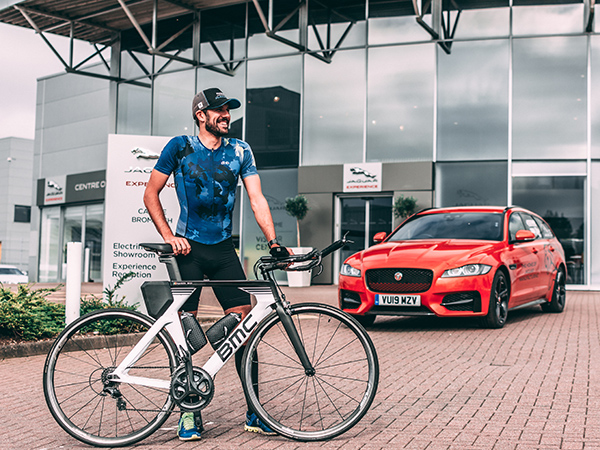 Castle Bromwich’s very own super endurance athlete Hugo Mota has been at it again, this time taking on the Italian Alps at the ICON triathlon.

Part of the XTRI World Championship Triathlon series the ICON boasts the record for the highest finish point in the series at over 3000m.

Out of 203 participants, representing 20 different countries Hugo came in a hugely impressive 17th position overall and 6th in his category.

The event begins with a 3.8km swim in the Gallo Lake in Livigno, situated at 1860m through temperatures as low as 14° in the dark early hours.

Once out of the water the athletes jumped onto their bikes for a 195Km ride that features over 5000m of uphill. The route then makes its way through no less than five mountain passes, one of which is the iconic Stelvio Pass known for its beautiful scenery and steep hairpin corners.

And finally to finish there was the small matter of a 42.2km run to a finish line situated over 3km above sea level.

“Finishing the race was a mixed feeling of both excitement and proudness,” said Hugo. “Lots of people from Castle Bromwich were very important for me to get to the top of that mountain so it was not only a personal achievement but something I was doing for everyone who’d supported me back at the plant too. An especially big thanks to my support runner Joe Lawn who kept me going on the final run who kept me motivated through some of my darkest moments.

“Once again the Castle Bromwich XF Sportbrake support vehicle was a star on the roads and got lots of attention as we travelled through mainland Europe, seeing it follow me down the Stelvio pass was quite a sight to behold.”

Hugo has so far raised over £700 for the local Good Hope hospital who are trying to raise £300,000 to renovate the Children’s areas across the hospital, making them brighter and more child friendly.

If you’d like to help Hugo in his fundraising you can visit his JustGiving page www.justgiving.com/extremehugo to show your support.

Having completed the ICON and Celtman earlier in the summer we asked Hugo what he has planned for his next fitness event?

“No big events planned in the immediate future but I hope I can inspire more of my colleagues to get out and improving themselves through fitness. Some are already on it, as we’ve entered a team running in the Birmingham Half-Marathon in October.”