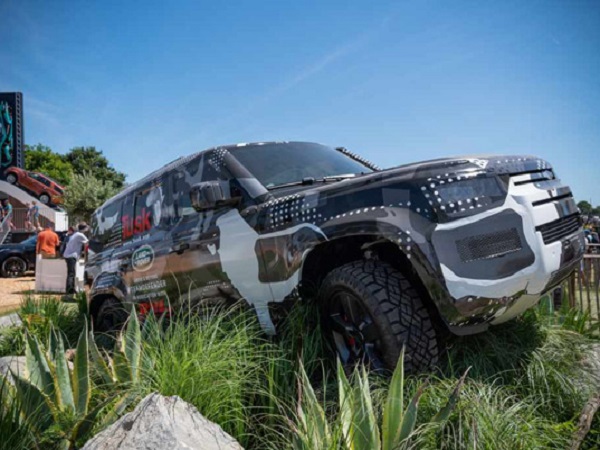 It may have only been a tantalising glimpse but the new Land Rover Defender was a star attraction at this year’s Goodwood Festival of Speed.

Located on the Jaguar Land Rover stand among a rocky outcrop, thousands flocked to see the camouflaged Defender up close.

So TeamTalk caught-up with a few of these people to see what they thought.

Close friends Ben Fitch and Steve Adlam drove down from Norfolk and made a bee-line for the Jaguar Land Rover stand. Ben who owns a Defender, said he was trying to find a few more clues about what the new version will look like, adding:

“We were trying very hard to spy things and just wish the camouflage was not on. But we both felt we could see some nice hints of the old, classic Defender styling there, and the vehicle also looks really well proportioned.

“We are both loyal customers. I love my current Land Rover and Steve drives a Discovery, and we’re definitely intrigued by the new Defender. We can’t wait to see it without the camouflage.”

James and Sue Ward from Kent travel all over the country with their dogs and to follow their passion for shooting. James said:

“We own a Defender 110 and it is brilliant for the country pursuits we love, and because we live in a rural corner of Kent it stops us from getting stuck in the winter.

“Personally, I am delighted that there will be a new Defender, and I am confident that anything with the Land Rover badge on it will absolutely do the business.”

Elaine Lister from Surrey was reviewing the Defender with her son James. The Lister family have a number of business ventures including a large sawmill, as she explains:

“We keep a V8 Defender at our sawmill and it has always been a great workhorse. It is a vehicle we can rely upon and throw everything at. Personally, we’re hoping that the new Defender keeps that workmanlike appearance and does not become too smart.”

Dan Lanfear, a Discovery 2 owner, and Richard Suckling, who takes his Defender ‘anywhere and everywhere’, from Gloucestershire were eager to see if the new Defender would be at Goodwood.

“We’ve been looking forward to this because Dan and I caught a glimpse of what we hoped might be one of your disguised Defender engineering cars recently,” said Richard.

“It looks capable and rugged which is exactly what we want because we live and work in The Cotswolds. We’ll definitely be reading the test drives when they come out.”

Ian Whitewick from Hampshire is the proud owner of a pair of ‘old’ Defenders that ‘just run-and-run’ no matter what you ask them to do.

“As a Defender driver I really like what I’ve seen today, it looks ready for the modern world as you have to move the story on and attract new customers. I am completely confident it will be up to the job and be worthy of the Defender name.”

Nick Watson from Warwickshire was keen to see the vehicle and was equally impressed by what he saw.

“It looks like a Defender for the 21st century, which will bring the iconic story up to date. As I from Warwickshire myself and follow what Jaguar Land Rover do, I want to see it sell well for Land Rover in the UK and abroad. Judging by the crowd, you’ve made a great start.”

The new Defender was also going through another stage of its demanding testing regime at Goodwood, as it showcased its on-road capabilities on the hill-climb over the weekend.

After officially opening the festival as the Duke of Richmond drove it up the famous Goodwood Hill, Vehicle Integrity Chief Engineer Mike Cross took the reins for the rest of the weekend as he demonstrated what the new Defender can do on the road. 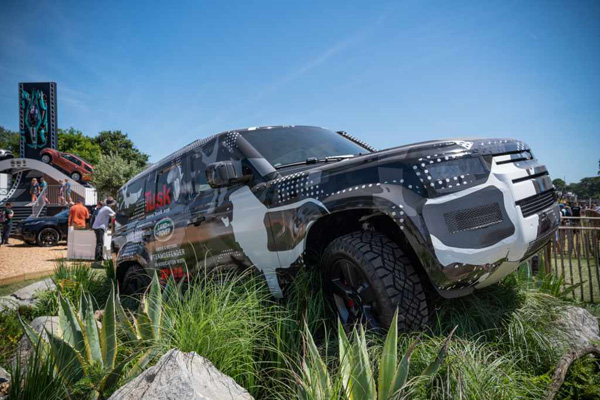 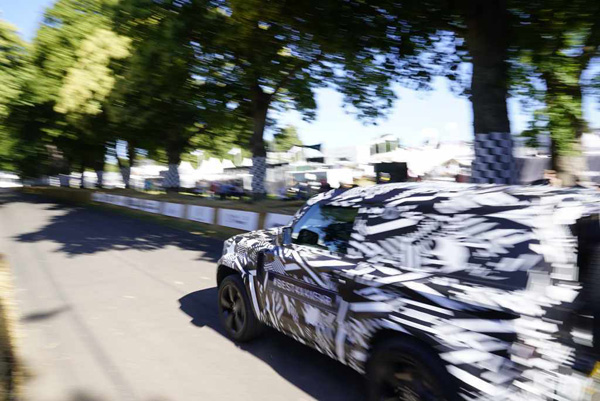 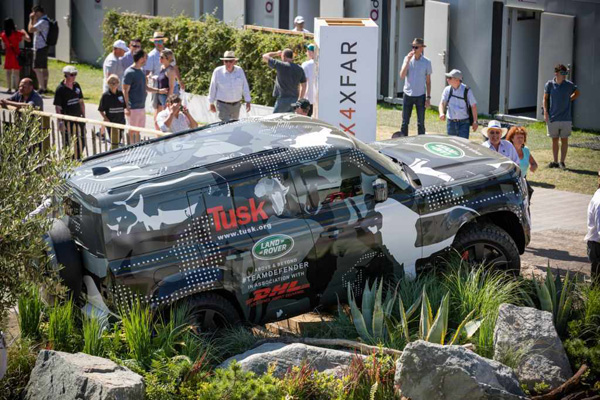 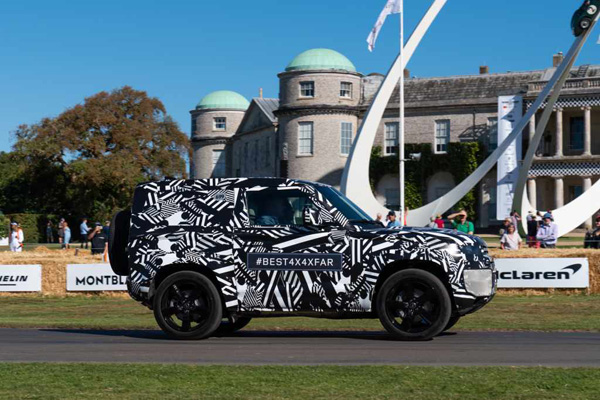 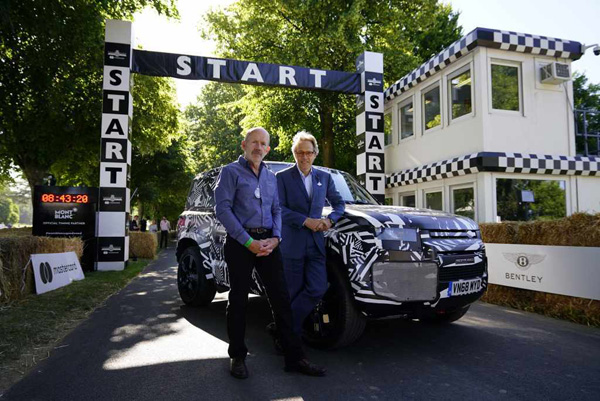