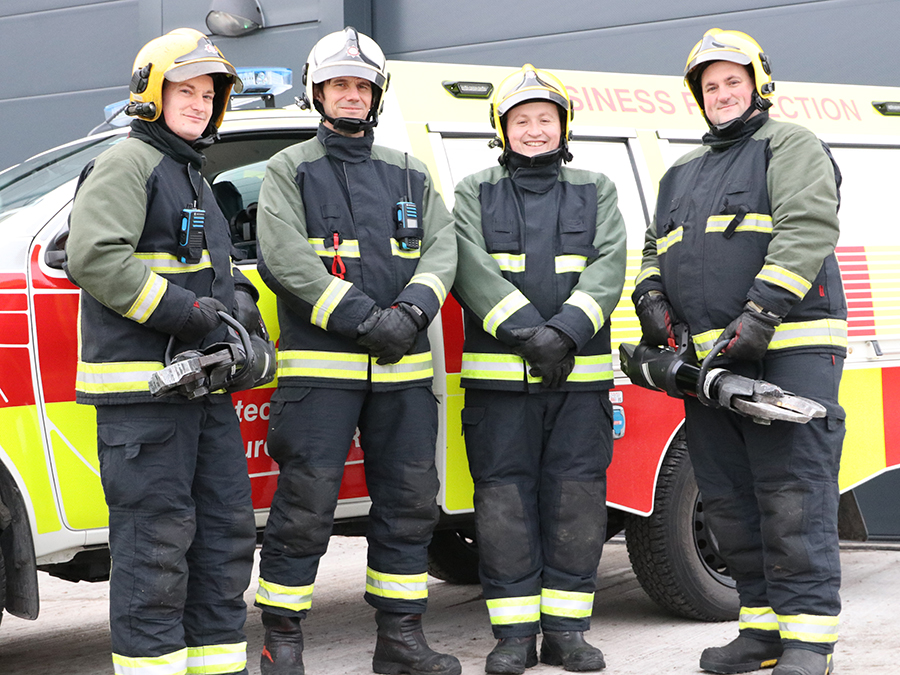 The EMC has opened the doors of its brand new 600sqm SEO (Security Emergency Operations) building, home to a crack team of specialist Business Protection officers.

The prefabricated building, located on the North Road, is a modular design, which was completely manufactured offsite, in Portakabin’s base in York. All fifteen pieces were then transported the 130 miles to the EMC, before being craned into place and fitted with rooftop PV panels.

The creation of the SEO building was led by Business Protection Manager Chris Swalwell. He envisaged a dedicated building that would offer space for his team to learn new skills, as well as an enhanced security and emergency service for the facility.

“We have a team of 30 Business Protection officers working at the EMC, on a shift system, 24/7, 365 days a year, from gate officers to supervisors, control room specialist and security emergency operations. The team are here to ensure the safety and security of employees and visitors, so we needed a space that offered us not only the ability to undergo training, but in line with our other sites, would support the arrival of a designated first agile response fire vehicle.

“Prior to the new building coming online we were operating out of one room in SS1. The expansion of the site meant there was a real need for an enhanced operational response solution. The building is stand-alone, which means that in an emergency and should the rest of the EMC need to be evacuated, it can be used by the emergency response team and also the senior leadership team as an incident command room.

“In all it took about 12 months from initial design, working with a team in PTME, led by Simon Jeffrey and with

Portakabin to get the building in place and operational.

“Part of the business case for the new building was the addition of a response vehicle and space for the team to store specialist equipment. It’s also been a great opportunity to upskill the team with fire fighter training and enhanced medical capabilities, including intubation, which has the potential to save a life.

“We also now have designated training rooms, where the team gather on every shift to do their own process confirmation, for the skills they may need to respond to an emergency. The new dedicated control room has eight 50” spot monitors.

Many of our own team come from a military or security background, so they have the right transferable skills and of course a cool-headedness in any given situation.

“Our enhanced medical and first response training has involved working with the West Midlands Fire Service to complete basic firemanship, including learning how to use breathing apparatus.

“The development of the team is vital. We have a TIC team for the first time this year, who will compete alongside colleagues in the Indirect Areas.

They’re working with the health and safety team at the EMC and will also be asking for input from children who visit the EMC’s Education Business Partnership Centre, to design a safety poster.

“We’re all incredibly proud to be part of the team at the EMC. Having been here since day one, there have been plenty of highlights, but this has to be one of them, as it has the potential to make the biggest impact.

“The new facility can also be held up as a benchmark for other organisations based at the i54 Business Park and other business protection teams across other sites. We’re looking forward to welcoming some of these to give them a guided tour of our fantastic new resource.

Part of the business case for the new building was the addition of a response vehicle and space for the team to store specialist equipment. It’s also been a great opportunity to upskill the team with fire fighter training and enhanced medical capabilities, including intubation, which has the potential to save a life. 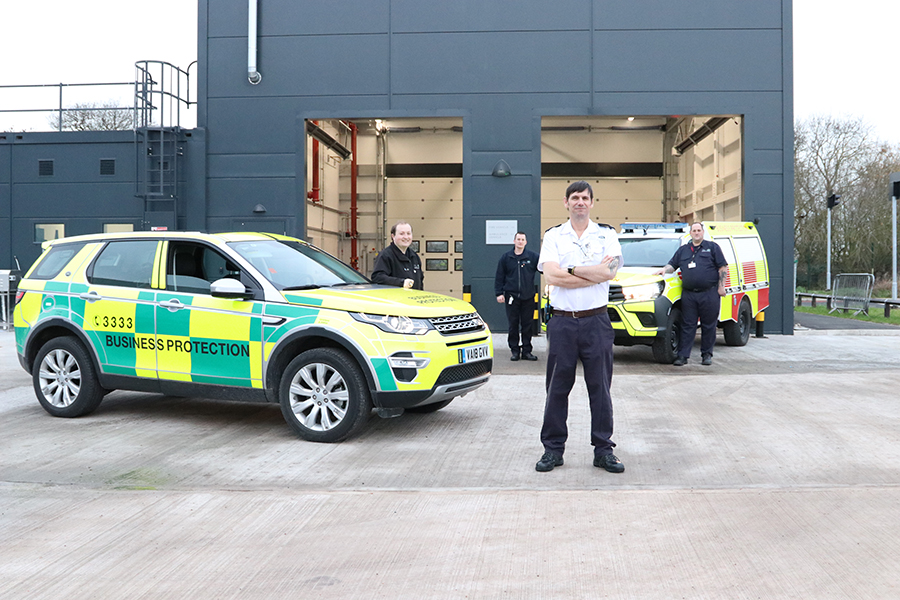 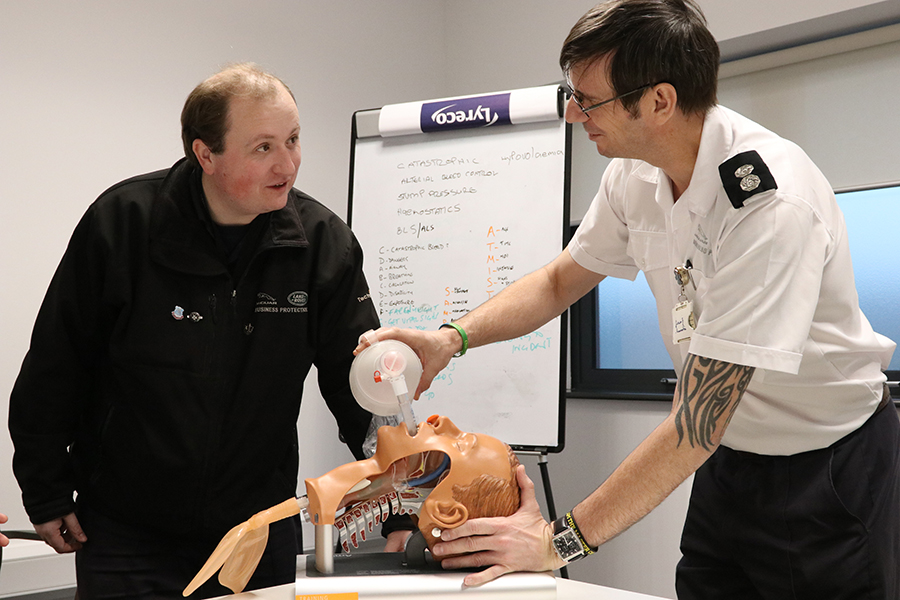 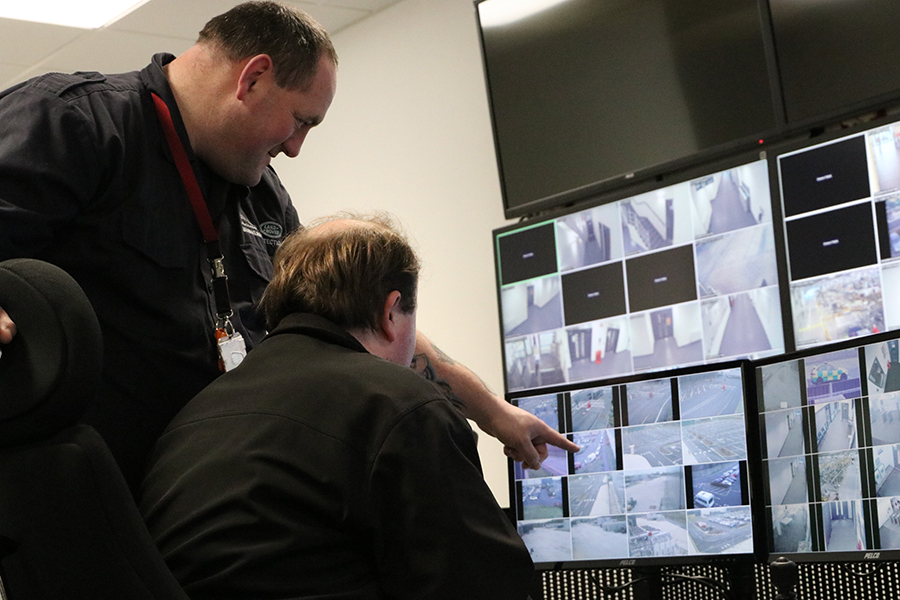 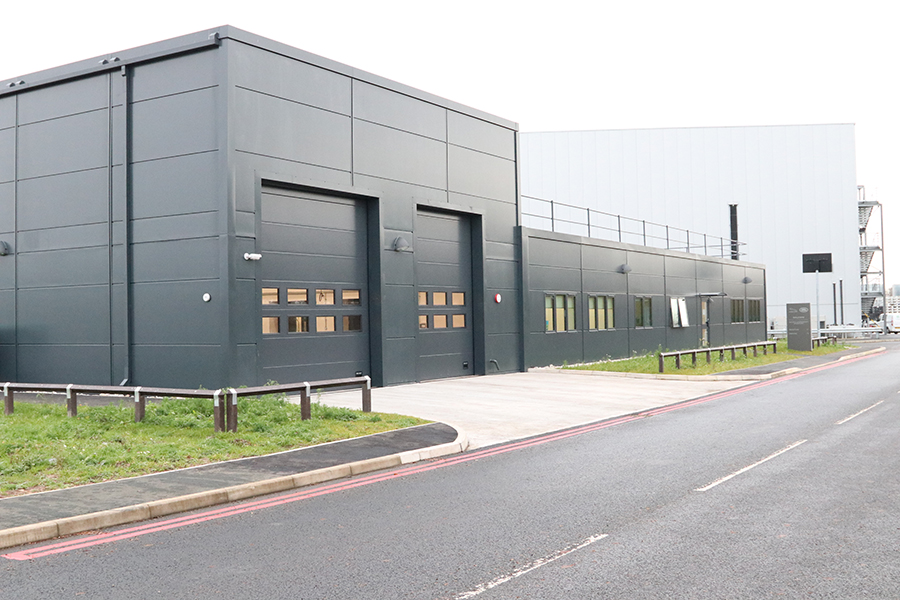