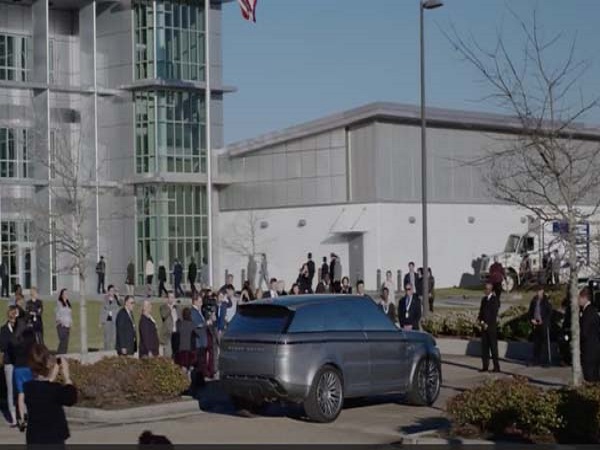 Land Rover North America has unveiled a futuristic looking Range Rover Sport which has made its debut in US drama series ‘The First’.

A collaboration between Land Rover Design, Westward Productions and streaming firm Hulu, saw them create a vehicle based on the Range Rover Sport fitted with advanced technology.

An exterior Smart Light Bar acting as a 360-degree sensor was the most noticeable inclusion, allowing the vehicle to communicate with others on the road and drive autonomously. The futuristic car also had a retractable steering wheel and wraparound privacy glass, which can change from the windows from being transparent to opaque.

Inside there is an intelligent interior which can alter its shape and density, allowing the passengers to adjust the Range Rover how they want. The Sport is also all electric and has variable suspension allowing the SUV to change its performance characteristics to its owner’s requirements.

“With the show set in the future, it was an exciting challenge to create a vision of what the Range Rover Sport might look like in the 2030s and to have it featured throughout the series.”

The First, created by House of Cards’ Beau Willimon, is a near-future drama about a crew of astronauts attempting to become the first humans on Mars, with the Range Rover driven by visionary aerospace magnate Laz Ingram, played by actress Natascha McElhone.