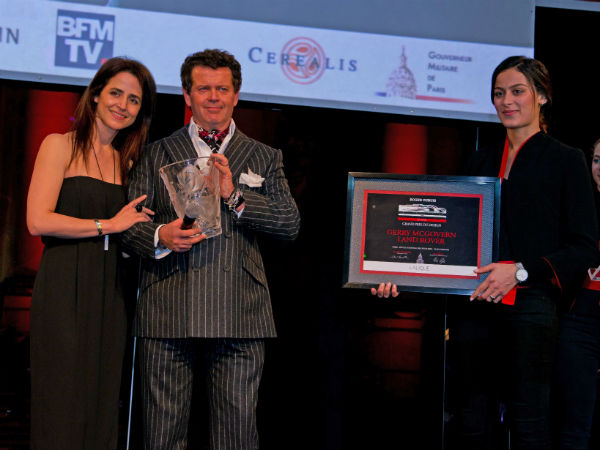 We are continuing to celebrate an award-winning few weeks, as last night it was announced that the Land Rover Chief Design Officer, Gerry McGovern, was honoured at Grand Prix du Design during Festival Automobile International in Paris.

Rémi Depoix, President of the Festival Automobile International, said: “One of his remarkable achievements is to adapt Land Rover’s DNA, a transformation that began with the Range Rover Evoque. The British automotive industry has been reinvented in Gerry’s vision and Land Rover is an incredible success story. Congratulations to him and his team.”

Gerry McGovern, Chief Design Officer, Land Rover, said: “It’s an incredibly rewarding time to be a designer in the automotive industry and to be recognised by a jury from a wide variety of design disciplines shows the importance of design in all our lives”.

The ‘masterpiece’ Range Rover Velar SUV was singled out for praise by an international jury of experts. The all-new Velar, the fourth member of the Range Rover family, fills the space between Range Rover Evoque and the Range Rover Sport. The Velar has already achieved a number of awards across the globe, including ‘Best Car’ at the EE Gadget awards and ‘The most competitive luxury SUV’ in China.