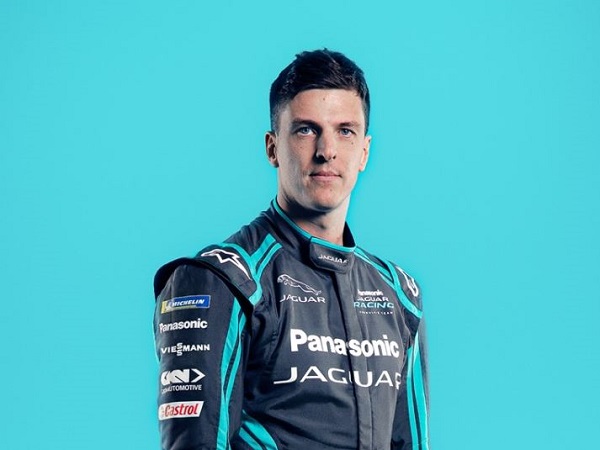 Get to know James Calado, our new Formula E driver

He’s the most high profile fresh face on the Panasonic Jaguar Racing squad for the new season of ABB FIA Formula E Championship action and James Calado couldn’t be happier.

The 30 year-old was announced as Mitch Evans’ teammate in early October and has since been in a whirlwind of preparation and testing.

From the unveil at Gaydon, to the official Valencia test session and then on to Riyadh for the season opening race, James has barely had time to take breath in recent weeks.

But the Welsh based driver took time out of his busy schedule to talk to us about his hopes and ambitions on representing Jaguar in the world’s only all-electric global single-season series.

“It is very special to join a British team when you are a Brit and so it’s very close to my heart arriving at Panasonic Jaguar Racing,” said Calado.

“Obviously, Jaguar has had great success in sports cars, amongst other things, so I’m over the moon to get this opportunity.

“Just going to the factory and the design studio in Gaydon you instantly see that there’s a lot of effort that goes into all aspects of their work. It’s good to see how Jaguar is developing as a brand [in this field] and  great to be part of it.”

James brings a great deal of expertise and experience with him to the team. A World Champion in sportscars after dominant title success in the 2017 FIA World Endurance Championship, he considers himself very much a people person and someone who revels in being central to the team dynamic.

“I like to make the effort to meet as many people as possible because they are all making their own endeavours, so it’s just nice to repay the favour and to know we are all striving for the very best in all aspects of the job,” he says excitedly.

“Formula E in general is growing so rapidly, as is the whole industry of EV tech and engineering. So to be part of it and to be part of Jaguar in that development as well is key to going forward, it’s the future.”

Get to Know James Calado...

“It was washing dishes in a pub for four pounds an hour. That was my first job. And then I went to Halfords and got sacked. I think it was because I chased someone out of the place for stealing something and my language may have come out a bit strong!”

Worst job and why was it so bad?

“I worked in a betting shop when I was 18 and that was horrible because of people smoking so much. I just used to come out smelling like an ashtray. I hated it.”

“I was racing in Formula Renault one weekend and then doing a shift at William Hill the next!”

So if we see any strange betting patterns on yourself this year we know why!

“I know some loopholes actually; I’ll tell you the full SP, etc!”

“A Peugeot 106. £800. I stripped it completely, got all the weight out of it and eventually rolled it and went through a fence.”

"Honestly, it was always to become a professional driver. That was all. I left school just to fully focus on this and thankfully I made it.”

Any other sports you fancied yourself at?

“I used to do things as a hobby, like tennis, but it was always racing or bikes, motorbikes. So it was always something with an engine in.”

“Fleetwood Mac. Rumours is a great album. Led Zeppelin. Thin Lizzy. I like my classic rock!”

One item to take with you on the Desert Island?

“A mobile phone probably. I can’t live without my phone. A bit sad but there you go.”

How did it feel to have a great welcome at the launch?

“Awesome. I didn’t expect any of it. I honestly just thought there’d be a few people, but it was huge, so it was really amazing. And then the JLR workforce got a secret reveal of the car which was really cool.”

What did you make of the new JLR design facility?

“Amazing! We got a tour around the facility and saw that they were all sculpting the car in clay and other materials. Actually, they went through the process of how they chose the design and it’s pretty cool how it is done: You’ve got three sets of people working on a car and each one will come up with a design.

“Basically they’re competing against each other to get that design brought to production which is a terrific way of doing it and it was super interesting and a very impressive facility.”

What are you most excited about in joining the team?

“Just to compete at a really high-level again, with a team that is capable of winning races. So that was the biggest attraction for me. Also being part of the JLR family is a big honour and something I am immensely proud of.”

0
WE WON: SUPERSTARS OF EDUCATION!