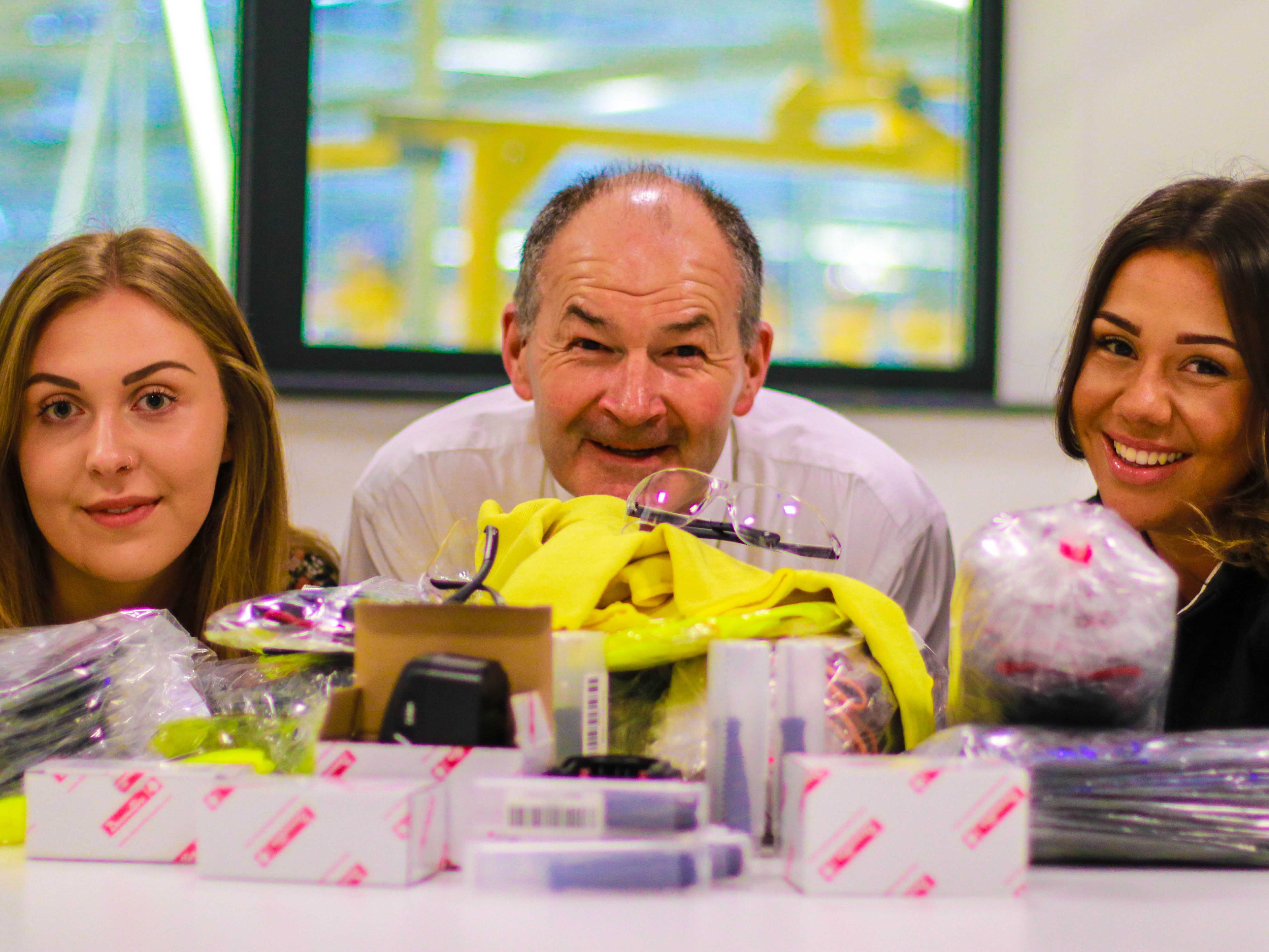 GETTING IT UNDER CONTROL WITH PROJECT CHARGE

It sounds a lot but this time last year, FA2 which builds Ranger Rover Velar and Jaguar F-PACE was spending over £13.8k a week on consumables - whether it be high vis jackets, gloves, or tapes. Taking on the Project Charge call to action they have saved over £100,000 since the end of last year.

Hayley Weaver, Rose Morgan and Paul Gardiner took on the Project Charge call to action and with some shrewd thinking have managed to save over £7,000 per week on consumables since.

Super saver and FA2 Manufacturing Administrator, Hayley explained, “It used to be a bit of a free for all when it came to ordering consumables. As long as someone had access to the ordering system they could order as much as needed. It meant we didn’t have a huge amount of control on what was being ordered and how much was being spent.

Rose, Paul and Hayley got their heads together and mulled over the numbers. Finance guru and FA2 Analyst, Rose said, “We had all the numbers around what was being ordered on a weekly basis. With Paul and Hayley’s help we were able to understand the items being over ordered and whether we could get items cheaper elsewhere.”

FA2’s Manpower Planner, Paul, took it one step further. “We wanted to kill two birds with one stone. The feedback we had from Process Leaders was that the ordering process could be quite long and their time could be better spent out on the line with their team.  By having one central point of ordering we could bring in more control in to how much we were spending whilst also freeing up Process Leaders to spend more time adding value elsewhere.”

Hayley took on the mantle to become FA2’s resident shopper. “Since last October, if anyone needs consumables ordering it comes through me. Since we’ve started working this way we’ve seen consumable spending go from £13.8k to £6.4k per week. We were all pretty amazed when we sat down a few weeks into the new process to look over the figures and find how much we were saving.”

Hayley, Paul and Rose we commend you for your shrewd thinking and it really shows getting things under control can really save a lot of cash.

Do you have a cost saving idea which you think could help our business save much needed cash? Speak with your line manager about how you can get involved in Project Charge.