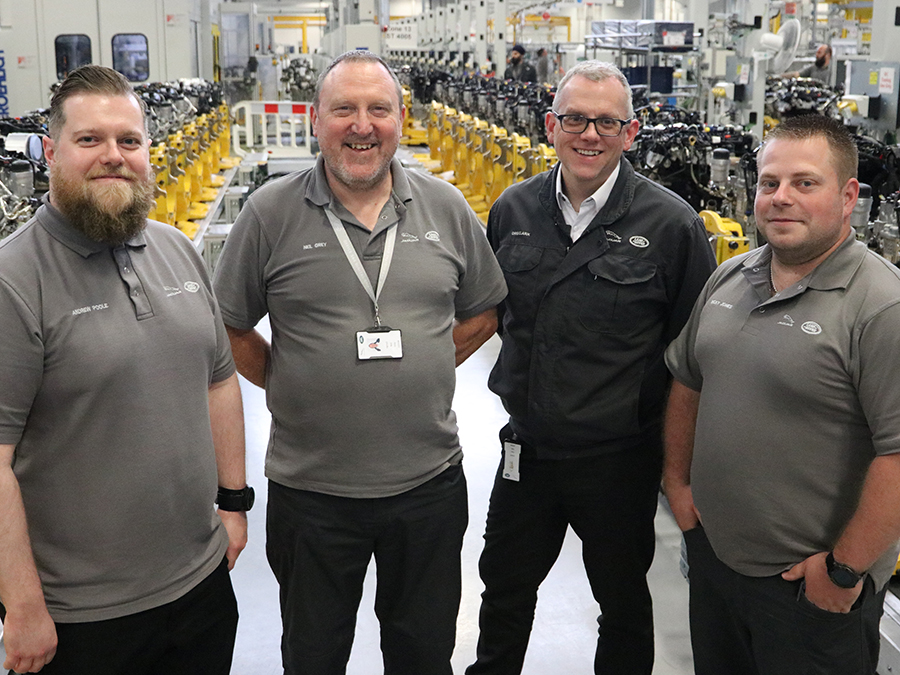 Getting ready for Office 365

Greater functionality, increased opportunities to collaborate and cost savings are all expected outcomes of the introduction of Office 365 to Jaguar Land Rover. PTO, including the EMC will be one of the early adopters of the new system.

Champions across the facility have been immersed in the new operating system over the last couple of months, getting to grips with the new programmes. But what will be the key benefits to others working cross-functionality?

In PTO, 27 champions have been trained. Based on current timescale, the EMC and PTO will be starting the move to Office 365 on Monday 03 June. With the process of migration continuing across the business until November and leading to the decommissioning of Google sites.

Moving from Google and all its functions to Office 365, will see everyone turning on their computers week commencing 03 June to a new operating system.

Google mail will be replaced by an integrated Outlook mailbox, to manage email, contacts and calendars on the go. Microsoft OneDrive will replace Googledrive for file storage and sharing, with migration of all files planned in the near future. Moreover you’ll have the ability to create fully integrate conversation with your own teams and others, through Teams, a modern collaborative workspace to encourage engagement. Everyone will also be able to use Yammer, the social enterprise network to connect with a wider workforce. The Sharepoint web portal will be used for document collaboration and compliance.

Andrew Poole, EV Launch, got involved as an EMC Office 365 digital champion after seeing an article in Team Talk. He said: “After reading the article I thought it would be useful to the team to have someone that was getting updates. I spoke to my manager and she encouraged me to take part. The role has entailed attending meetings on how we would like the roll out to happen and I’ve also done a presentation at the Launch Village Hall to give updates about where we are and what to look out for.

“The new software is very easy to use. If you are someone who create a lot of spreadsheets consider creating them in Excel rather than Google Sheets as this will help when everything is migrated over. Also, if you have any old documents or emails that are not needed a bit of a spring clean will help with the transition, making it significantly smoother.”

Ricky Jones works in the IPS team at the EMC. He volunteered to get involved as an Office 365 champion as he has a passion for computers and wants to be able to share knowledge with others.

He said: “I think it’s important not to be afraid of change and for people to start thinking about documents they no longer use or need. It’s a great opportunity to go through your saved items and get rid of anything obsolete. People shouldn’t be afraid to ask for support. There are a lot of digital champions and we’re happy to assist.”

GETTING READY FOR MIGRATION

Everyone should use the move to Office 365 as an opportunity to review and house-keep files. An email will be sent to all users to offer support for the migration of documents. There is also an option to self-migrate.

• Once live, set-up your team and start collaborating

In addition to the PTO Office 365 champions, there are also a number of resources available online, including the Office 365 Portal, Day 1 Training and the Desktop Mentor. Visit the Office 365 site for further information

Chris Clark, PTO Global Launch said: “Office 365 is something new to me, but I was interested in the benefits it can bring to my job, so I expressed an interest in becoming involved. I was asked to become part of the steering group, supporting the digital champions and bridging the gap between Office 365, PTO leaderships and the digital champions.

“The digital champions are here to help in utilising new tools and ways of working. They have had advanced access to Office 365 to allow them to become familiar with the system and so they are able to answer questions, as well as provide coaching and hands-on support.”

I think it’s important not to be afraid of change and for people to start thinking about documents they no longer use or need. It’s a great opportunity to go through your saved items and get rid of anything obsolete. People shouldn’t be afraid to ask for support.