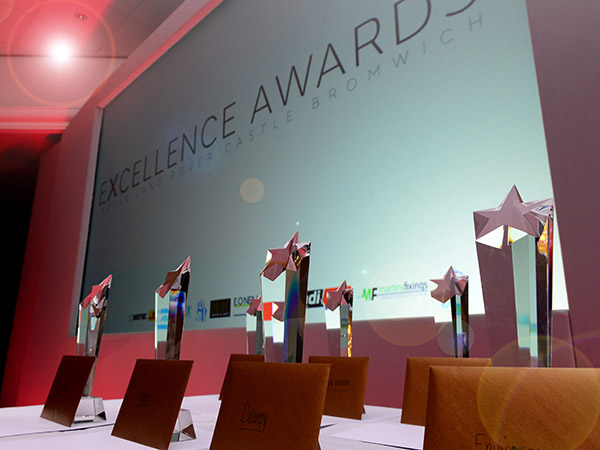 Getting Ready for the Castle Bromwich 2018 Excellence Awards

With the second annual Castle Bromwich Excellence Awards just days away, the nominations have been received and the shortlist confirmed.

After a lengthy judging process, 34 of Castle Bromwich’s own have been shortlisted for each one of the 11 awards available on the night which will be held at the Castle Bromwich Visitors Centre on Saturday, March 24th.

The traditional business scorecard awards make an appearance for the second consecutive year with gongs for Safety, Quality, Delivery, Cost, JLR in the Community and Environment all up for grabs.

This year though, to mark the introduction of Jaguar Land Rover’s Customer First behaviours, five new awards make the list.

This year you or your colleagues have also been nominated under one of five valuable behaviours designed to drive the business forward.

Those behaviours are Dependable, Transparent, Easy To Do Business With, Make Me Feel Special and Personalised to sit alongside the Operations Director’s award to recognise an employee or employees who deserve special recognition in the opinion of Operations Director Jamie Whitehead.

We’ve been busy handing out invites and getting a commemorative snap of the shortlisted nominees. You can see the full shortlist and some of the images in the gallery below.

And don't forget to look out for the winners as they are announced live this Saturday evening. 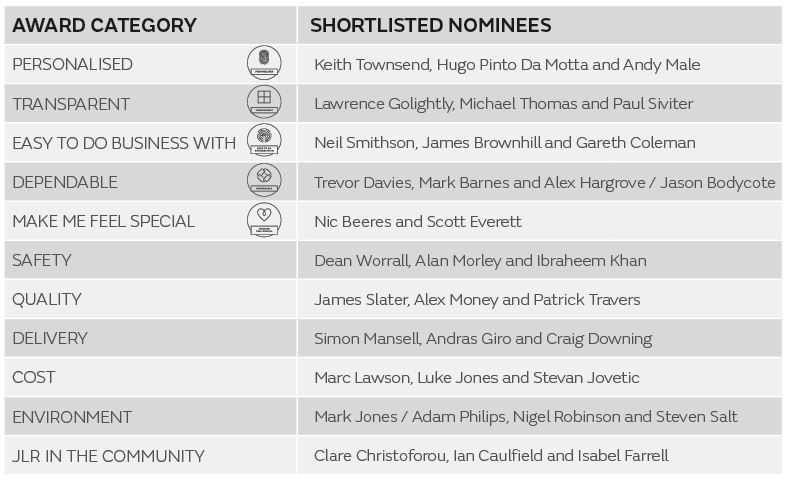 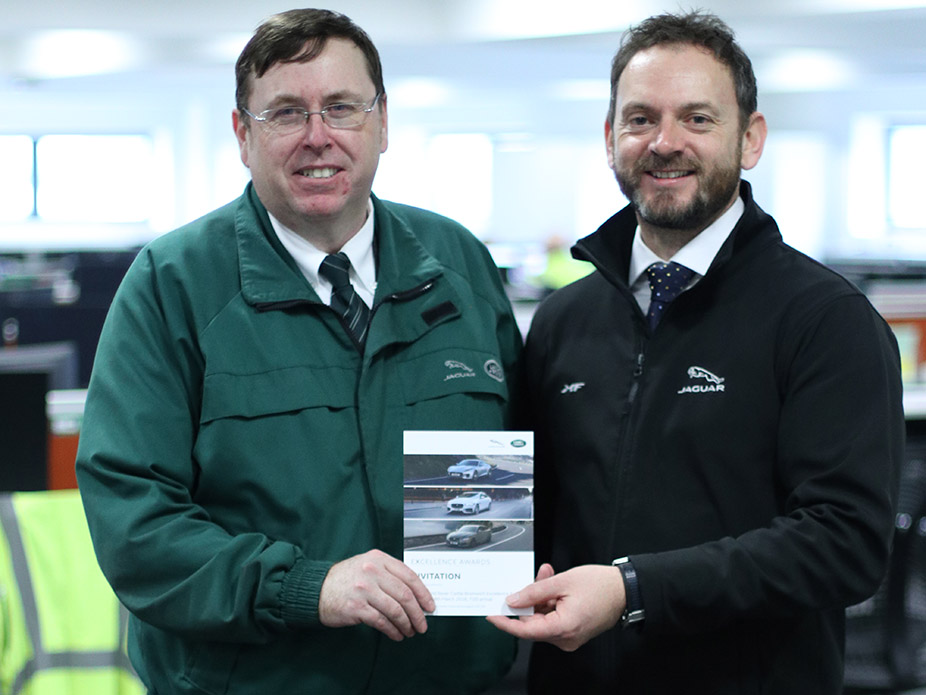 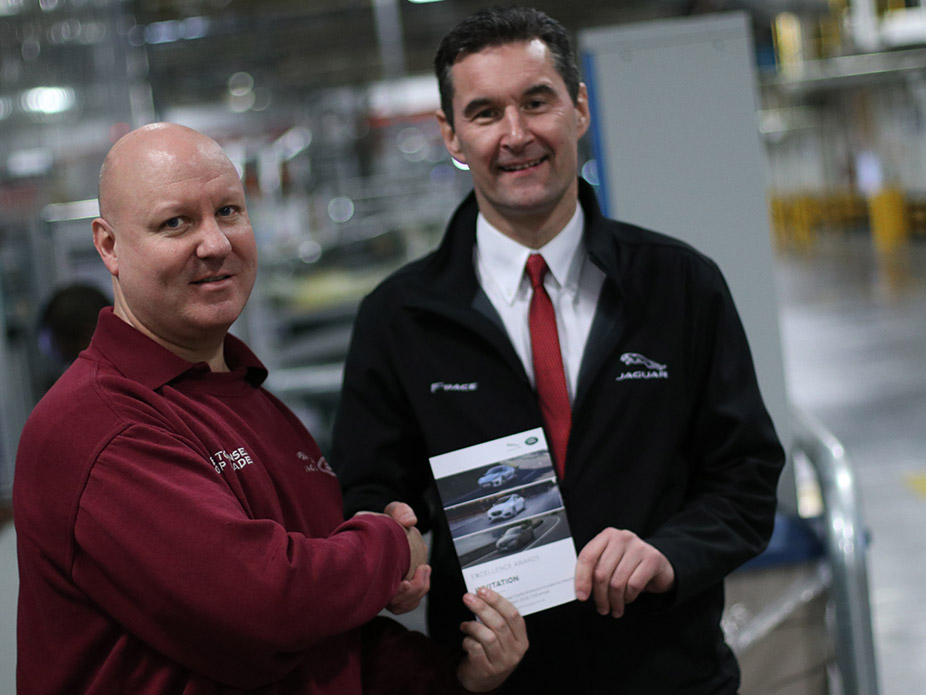 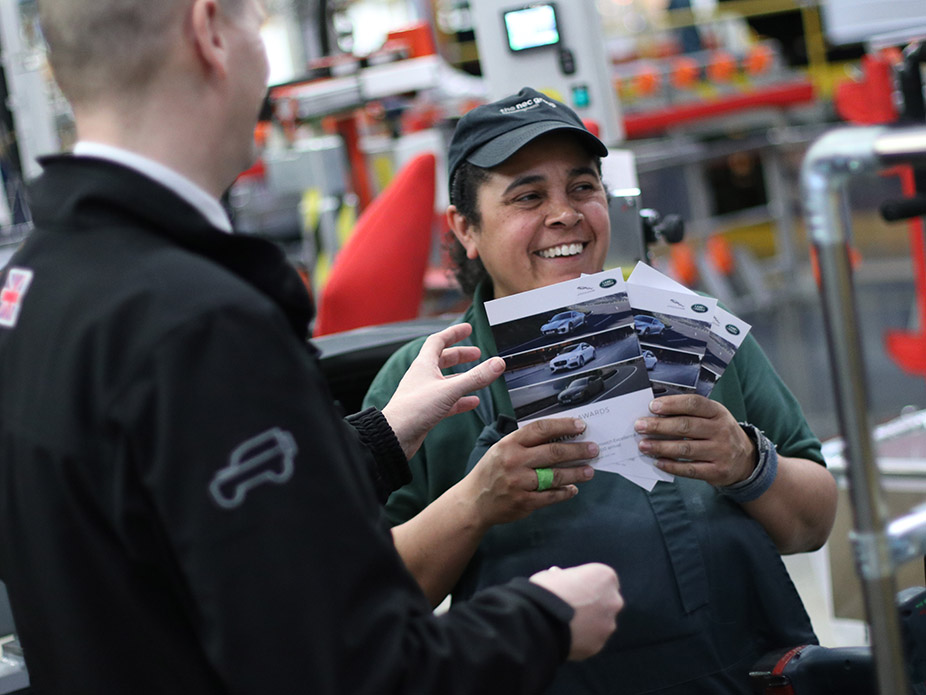 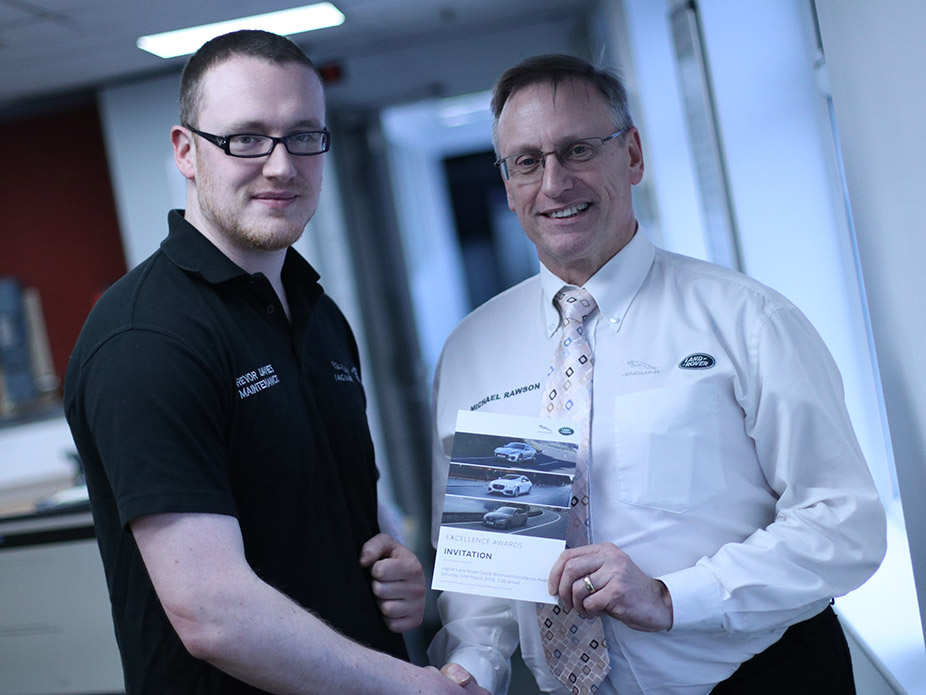