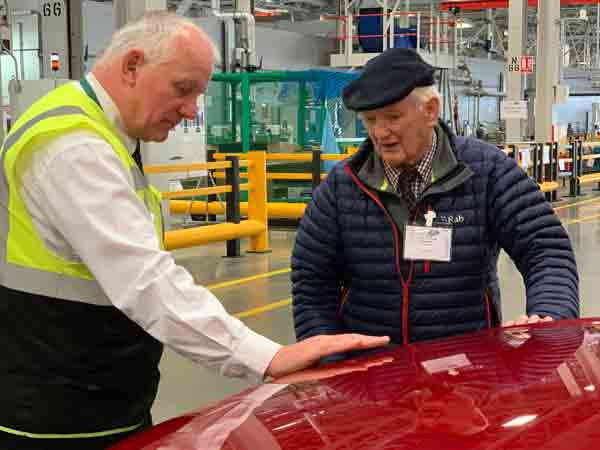 We love creating ‘wow moments’ at Jaguar Land Rover and that’s exactly what happened when we met 92-year-old Lawrence who used to work at Solihull 30 years ago.

Lawrence’s son Martyn contacted us to let us know about his dad and that he'll soon be moving to Scotland – he asked that we still send his dad the plant’s resident newsletter as a way of staying connected to the company.

The team at Solihull decided to go one better than that and give Lawrence a fond farewell and invite them both into the plant for a site tour.

His first introduction to ‘the Rover’, as it was known in those days, was in the early 1950’s working as an inspector for the Ministry of Supply, a Government department set up to coordinate the supply of equipment to the British armed forces. Lawrence was sent to Lode Lane to inspect the build of 500 Land Rover’s bought for the Military.

In the late 50s, he was having a pint in the Olton Tavern with his mate who knew about a job going at the plant, after a few more pints and a bit more chatting to the right people he was offered the job as a Quality Inspector.

The main draw for him was the jump from earning £14.00 at the Ministry to £20.00 a week salary with The Rover Company Ltd. which was a healthy salary at the time.

Lawrence remembers taking cars to MIRA proving ground where he took each Land Rover to their 58mph limit while fully loaded, as well as doing brake tests on the Malvern Hills before he retired in the 1980s after more than 30 years of service.

Neil Chaplain, Solihull’s Trim and Final Technology Manager, gave Lawrence a VIP tour around FA2 to highlight the facility that builds some of our award winning cars.

Martyn contacted the team afterwards and said: “We are still talking about our visit to ‘the Rover’ and quoting a lot of the statistics that you gave to us. I am staggered at the amount of cars you build a week but even more stunned at the thousands of lorries and parts that arrive each day.

“My father was blown away with the changes and the sophistication of the manufacturing process compared to his time there – it is a memory that will live with him and I was very happy to share it and learn such a lot.” 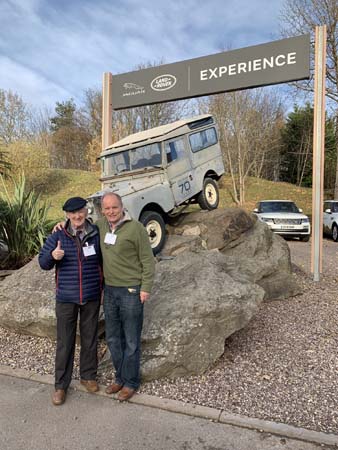 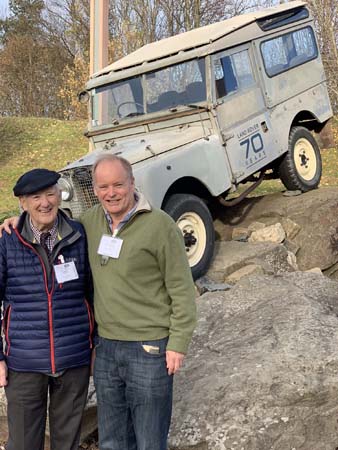 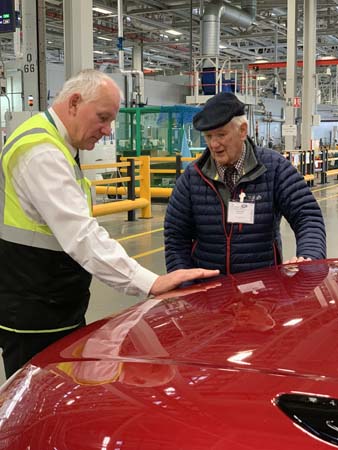 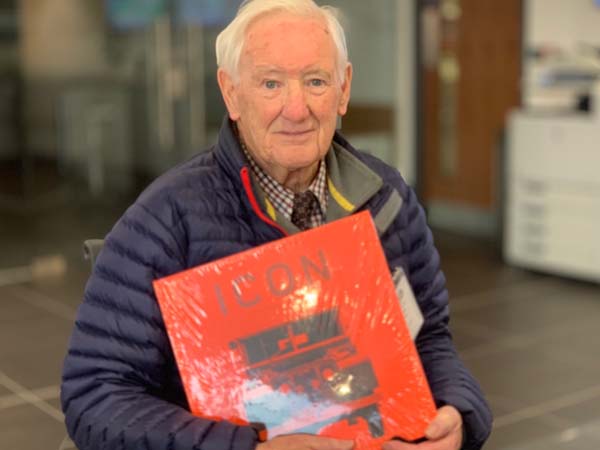