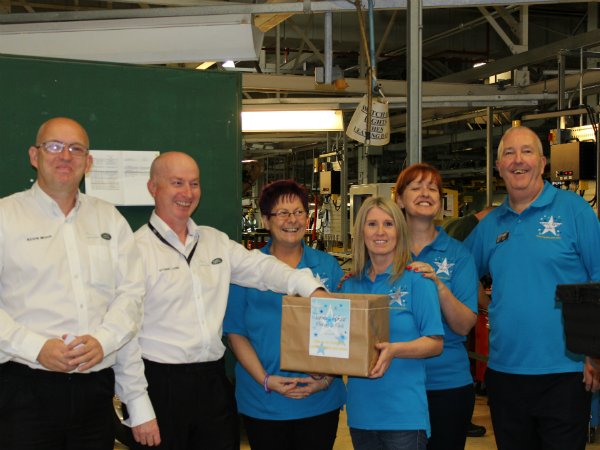 HALEWOOD CHARITY OF THE YEAR 2018 - last chance to nominate

You only have a week left to nominate for our next Halewood ‘Charity of the Year’.

Our employees and suppliers have helped raise over £200,000 for Down Syndrome Liverpool and The James Apter Friendship Fund over the past two fundraising periods.

The selection process has two stages:

STAGE 1 - From Monday 8 January to Friday 26 January, employees from across the plant can nominate any local charity which meets the below criteria which they think most deserves our support.   Please post your nominations in the post boxes in the People Centres

STAGE 2 - The final voting stage, comprising of a shortlist of several local charities with the most votes from stage 1. This vote will take place between Monday 5 February to Friday 23 February.

The charity which receives the most votes will be announced in March 2018 and will be the plant's Charity of the Year until April 2019.  The Charity of the Year Committee will review the final results and may allocate a percent of total fundraising to some shortlisted charities to increase the number of people we can help.

·  Only registered charities can be nominated

·   The charity must be based in the Liverpool City Region (Liverpool, Knowsley, Sefton, St. Helens, Widnes & Runcorn Southport, and Wirral)

Good luck to all those nominating a Charity!

TOPICS - Would you like to see Volunteering Opportunities on TeamTalk?

1
We’ve supported some great causes with our Motorvate cheques!