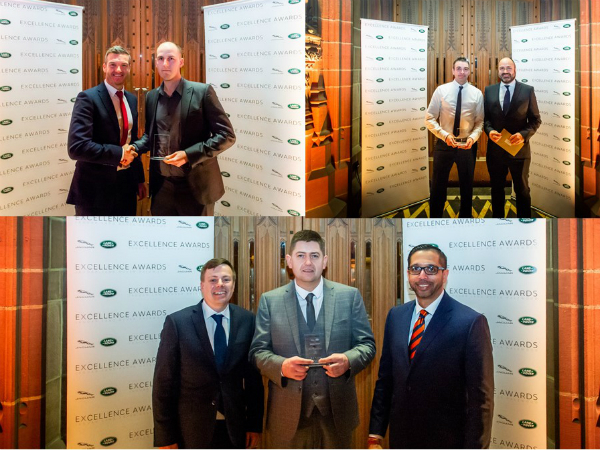 Friday 6 March saw the return of the Halewood Excellence Awards which took place at the spectacular Anglican Cathedral.

Now in its fifth year, the awards celebrate the outstanding contributions of individuals and teams across our business, who have made a real difference to life at Halewood.  With 16 categories and a record-breaking 812 nominations- our judges had a mammoth task on their hands this year.  Over the next four weeks, we will be showcasing the pictures of all our 2020 winners- so if you see them around the plant- be sure to say congratulations!

And the winner is….Craig McCartney

Craig was nominated by Keith Donoghue for developing a cutting edge simulation software program that allows the BIW team to take measurement reports for different assemblies and build them onto a body measurement.

This meant they could shorten quality loops so trials could be performed virtually instead of experimenting with customers’ vehicles. He has also implemented software models for both Nitra and Solihull so they can benefit from the packages he has developed.

And the winner is… Richard Wilcott

Richard came up with a cracking initiative which involves using paint adhesive coloured patches as a quick and effective way to repair damage to a vehicle.

His idea was implanted earlier this year at Halewood and saves 97% of the cost of repair compared to the previous process.

And the winner is…Gregory Formby

Greg was nominated by Simon Dutton for his work during the early part of the TT build phase for L55. During this stage, every car needed to be tracked through the system from start to finish and all of the NDT and CMM checks had to be individually tracked and double checked.

As the build switched into PP, the same exercise had to be repeated all over again but this time on a larger scale and Greg went over and above with his effort and application to ensure the quality of the build was maintained. His communication to the shifts and to the engineers was key to this and his methodical approach proved critical throughout.