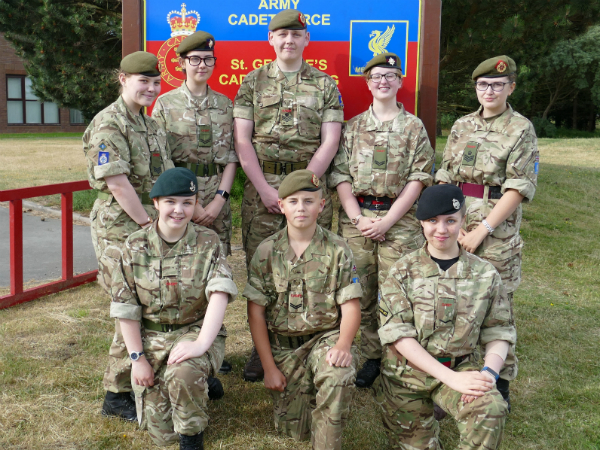 The Halewood Occupational Health team have been donating end of life First Aid equipment (including; dressings, defibrillator pads, and resuscitation shields) to Merseyside Army Cadet Force to be re-used for Cadet training in First Aid across the region.

The skills taught to Cadets have really made a difference in real-world situations.  Here are just a few examples...

In February 2018, a member of the public,  Dee Stafford, was out shopping when she saw an 87-year-old man fall over.  Dee ran over to help alongside two boys in Army Cadet uniform who were treating the man.

Miss Stafford applauded the Cadets efforts on social media and said: “They were simply amazing. Their kindness, their attitude, everything. Watching them stand in the rain in just their t-shirts, because they put their coats over the man, melted my heart. They deserve to be recognised for all they did.”

Cadet Lavelle said: “I felt it was my civic duty to help the man, I don’t believe that if I wasn’t in the Cadets I would have helped, I probably would have walked past him, and Cadets has changed my character for the best.”  Cadet Xavier added: “I just saw the man fall over and wanted to help him!”

For their actions,  Cadet Lavell and  Cadet Xavier have received a Lord Lieutenant Awards of Commendation Cdt Black has been nominated for a St John’s Ambulance Young Hero Award (First Aid).

In March 2018  Cadet Black, aged 15, saved her nine-year-old cousin from choking by using the skills she was taught on her First Aid course at Easter Camp. The young Cadet administered the correct First Aid techniques to her cousin who was choking. She delivered back blows and then abdominal thrusts, which dislodged a sweet that had become stuck in her cousin’s throat.

These are just some examples of Cadets who have gone above and beyond to help those in need with their First Aid skills. Please make sure you return any out-of-date equipment to Occupational Health to be donated to this fantastic cause.