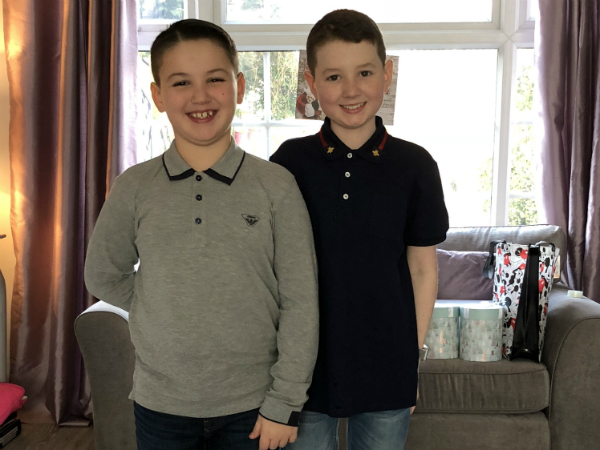 Halewood's charity of the year

Many of you voted for Charlies Chance as our charity of the year. Over the next year our Halewood family will be raising money for this wonderful charity and we wanted to share their story with you.

Robert Fearns works here at Halewood and he and his wife Sophie set up the foundation after their son Charlie was diagnosed with acute lymphoblastic leukaemia (ALL) when he was just three years old.

Charlie went through extensive amounts of treatment for three years and in May 2012 was given the all clear only to find out in August of the same year the disease was back.

Charlie needed a bone marrow transplant but finding a donor proved to be tough and Charlie eventually managed to find a donor through the Anthony Nolan trust.

Charlie had his transplant in January 2013 with huge success and was cancer free for three years until April 2016.   Charlie was then rushed to hospital with a suspected stroke, but sadly, the family found out the disease was back once again.

The family didn’t know what to do and were in regular communication with consultants in Alder Hey and GOSH (Great Ormand Street Hospital) about the possibility of Charlie being eligible to access a new trial treatment but unfortunately he didn’t meet the criteria as his body had been through so much already and they didn’t expect the trial to work.

The family then had a glimmer of hope when a consultant made them aware of a trial which they weren’t eligible for in the U.K was in advanced stages in the USA but would come at a cost of $180,000 USD.

The family had no idea how they would raise such a large amount of money but their family and friends were incredible and within 28 days they had the money and were able to fly out for the treatment.

Charlie had a difficult three months going through the treatment but the family were able to bring him home with Charlie in remission and it was a dream come true.

It was when they were in the USA that they had the idea of setting up the Charlies Chance Foundation.  They knew they could help other people going through what they had and seeing the fantastic work their friends and family had done to help them they knew that even more people could benefit.

Unfortunately Charlie has since relapsed and the search still goes on, but as a family and as a foundation, this spurs them on to find a cure and to help others in need.