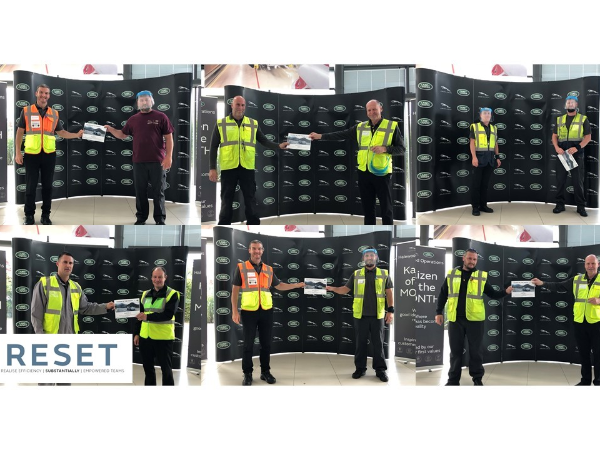 HALEWOOD'S KAIZEN OF THE MONTH — JAN AND FEB RECOGNITION

This past year has seen an incredible effort across the plant to champion Kaizen and has resulted in a total of 2,471 Kaizens raised! This is nearly three times as many as the previous year.

With the energy and enthusiasm shown by everyone and with our focus on RESET - driving out waste and costs by focussing on Continuous Improvement activities, we are confident the number of Kaziens raised will increase threefold again in the coming year.  Keep up the hard work!

Unfortunately, due to the current situation surrounding Coronavirus the plant we had to temporarily pause our Kaizen drive, preventing us from properly recognising the fantastic ideas and achievements from those nominated by each Technology Area for Kaizen of the Month. This past Friday we were able to celebrate this with the Operations Committee.

This kaizen took badly pressed hubs that were destined for scrap and reworked them using a jig. This has resulted in a considerable cash saving for the company.

High pressure air is now used to clean the red polishing waffles instead of washing them in a machine, extending the waffles life span and saving almost £9,000 per year.

6
Opening up about stress at work