Hero Andrew to the rescue

Waste warrior Andrew Sheldon swooped into action to help a stricken colleague recently following a road traffic incident on the i54 Business Park.

The Leadec employee has worked at the EMC for two years, having worked as a training provider at Winson Green prison. His actions gained him a nomination for Employee of the Month, which he won.

The dad of one was travelling to work when he saw the aftermath of a collision involving a cyclist and a lorry. Unbeknown to him, when he stopped to help, the person involved was a Jaguar Land Rover colleague, Jon Hart, who works in the facility’s Machining Hall.

He said: “I did what any person would do, I stopped to see if I could help and although there were a few people already there, as I have a background in health and safety, I knew what to do in an emergency.

“As the ambulance had already been called and I was wearing my high-vis I thought the best way to help would be to ensure the safety of the cyclist and those helping him, by diverting traffic around the incident.”

“At first I didn’t know who he was, but he was conscious and clearly the adrenaline had kicked in. He asked whether I would mind taking his bike to the EMC for him, so after he had been taken away by the ambulance I picked it and popped it in the back of my car. It was a bit bent up, but I’m quite good at fixing things, so I thought it would be a nice gesture if I had a go at putting it back together.

“With the help of a colleague we found his manager and asked permission to get his address. I was then able to get the now fixed bike back to him. When I arrived at his front door it was opened by his wife, who seemed really pleased that I’d managed to get the bike back. Jon had suffered a broken collarbone in the collision, but was very lucky, it could easily have been much worse.

“I’m a great believer in doing the right thing, we should look after our fellow man. I’ve always felt that it’s important to get involved if you see someone in trouble.

“My previous job could be quite dangerous. I was teaching members of the Burger Bar Boys, so I decided after a year I wanted a change. I applied for the role with Leadec here at the EMC and I really enjoy it. I have a degree in environmental science, so I’m hoping to progress with the business in the near future.”

Runners up in the competition were Graham Evans from Mod 1 Machining and Jason Dowell from CoE.

“I’m a great believer in doing the right thing, we should look after our fellow man. I’ve always felt that it’s important to get involved if you see someone in trouble. 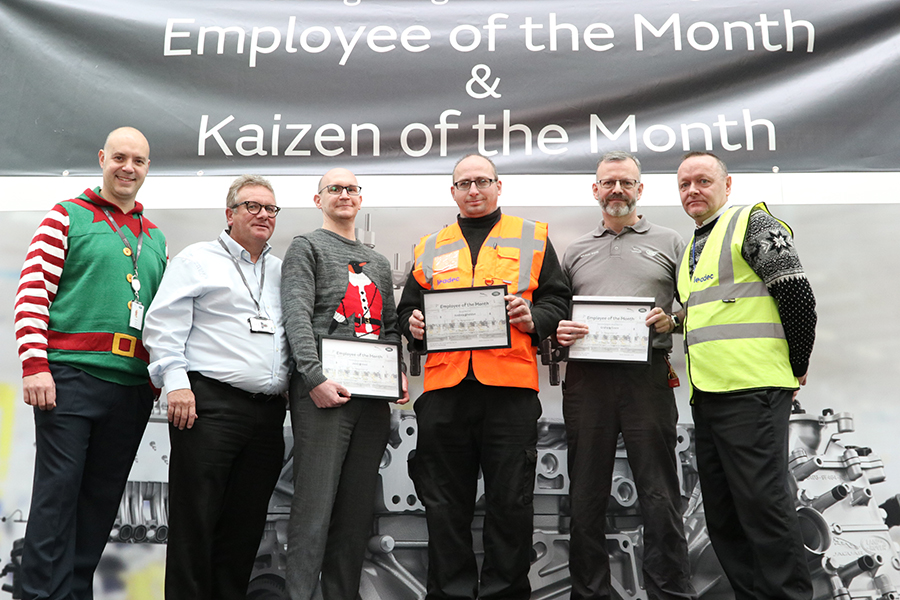