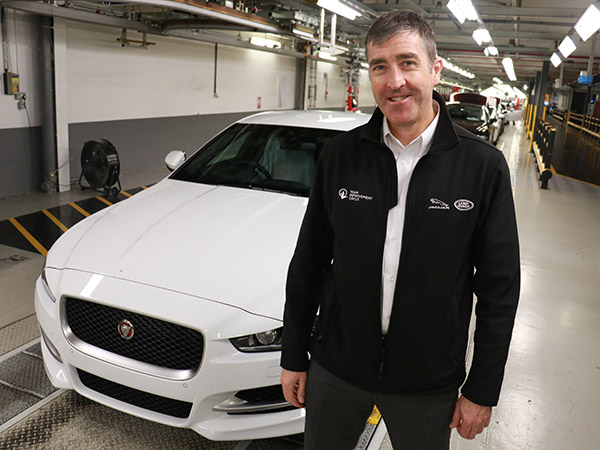 A dream come true. A lifelong goal reached. Feeling like a million dollars. These are just some of the superlatives that came from IPS leader Ian Caulfield after he was handed the keys to his first ever Jaguar.

A rite of passage 34 years in the making, the IPS leader explained his delight after finally having a Jaguar to call his own through Jaguar Land Rover’s Approved Used scheme.

Castle Bromwich has always been home for the dad-of- three. After starting as a YTS apprentice back in 1983, Ian has never been anywhere else other than CB over the course of a 34-year career with the company that has spanned paint, on-track, quality and now IPS.

But for all of his experience with our products, he admitted he never thought he’d own one.

“It’s always been a goal of mine,” he said. “But never ever did I think I would actually one day own a Jag.”

Ian bought his XE R-Sport Black Pack through Approved Used and said: “I honestly feel like a million dollars when I’m in it. I’ve been here so long seeing the wonderful models we make and I just said to myself that after 34 years I need to have a piece of it,” he said.

For the 51-year- old though, it’s not just about him having a beautiful car, it’s about the message it sends.

“I like to think I’m an ambassador for Jaguar and for Castle Bromwich because we all should be.

Driving around in the quality we produce shows other people the passion I have for what we make here,” he said.

“I’m Jag through and through and I want CB to be here for forever and a day so my main goal is to come to work, be happy, do a good job and keep banging the drum for the plant. Finally owning a Jag just completes the circle for me.”

Passion for the business is also something that’s rubbed off on his 26-year- old eldest son who has been in STA at CB for just over a year although Ian said he’s far too busy for regular catch ups despite being so close.

“He’s far too busy to be stopping for a brew with the likes of me but it’s great to see him working in such a vibrant atmosphere, being busy and making a contribution.”

If you are interested in finding out more about Approved Used Jaguar visit privilege.jaguarlandrover.co.uk 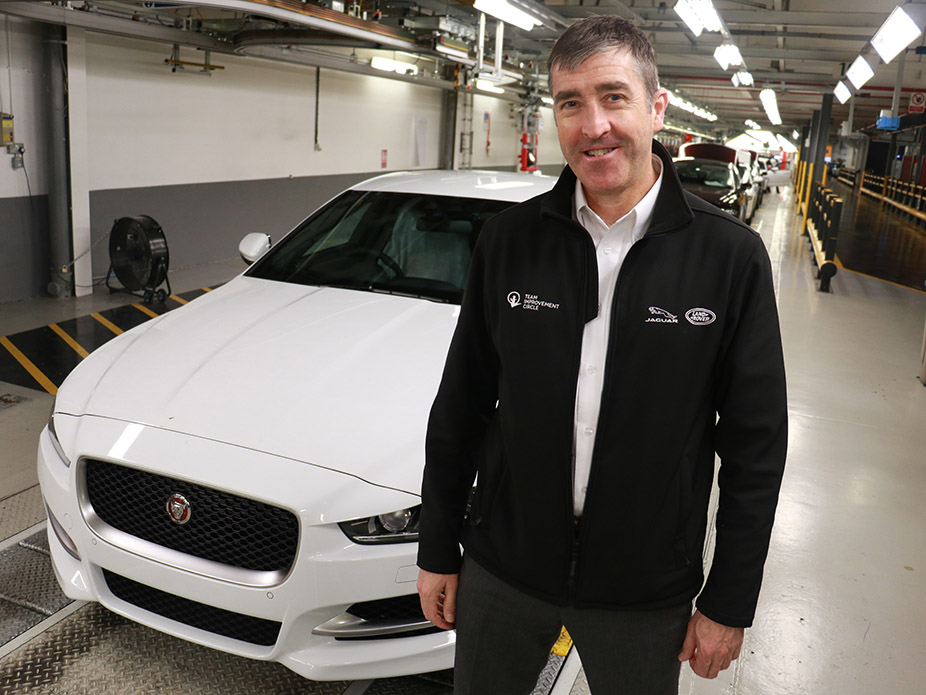