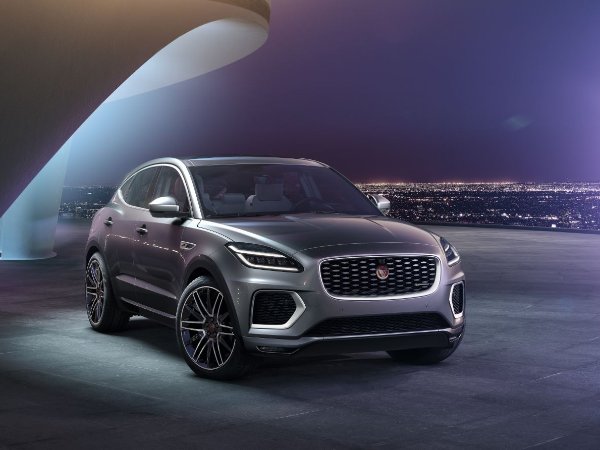 WATCH: Take a look at the new Jaguar E-PACE here.

The exterior design enhancements give Jaguar’s compact performance SUV a more assertive stance and luxurious appearance. At the front the changes include revised lower apertures incorporating a distinctive blade element. A new grille mesh design with diamond detailing is influenced by the Jaguar heritage logo and features a contemporary Noble Chrome finish, while new side vents feature the iconic Leaper emblem.

At the rear, the lower bumper features a new mesh insert which sits between the integrated tail pipes that are standard with four-cylinder petrol engines. All other engine derivatives gain new slim horizontal blade finishers. The all-LED rear lights are inspired by the all-electric I-PACE and feature Jaguar’s chicane graphic, showcasing the advanced technology and modernity of the overall design.

In purposeful R-Dynamic specification, the new E-PACE features a series of distinct design elements for a more performance-focused look, while all models are available with the additional Black Exterior Pack, which delivers an even more dynamic appearance with bespoke elements finished in Narvik Black.

WATCH: Take a look at the new E-PACE design here

The interior of the new E-PACE features heightened luxury, enhanced connectivity and greater refinement. At the heart of the new interior is the integrated 11.4-inch curved-glass HD touchscreen at the centre of the instrument panel, which controls the new Pivi Pro infotainment system. Chemically strengthened, the glass screen features two coatings; one which is anti-glare and a second which resists fingerprints.

Julian Thomson, Design Director, Jaguar, said: “New E-PACE features key design elements from across the Jaguar family, enhancing the exterior and introducing beautiful new details to the interior. All this ensures the latest model has a more grown-up appeal while retaining its compact performance SUV sensibilities.

The driver focussed interior also provides easier access to the larger stowage area in front of the new Drive Selector that houses the 15W wireless device charger. The new Drive Selector – just one of the many beautiful details – is lower and wider and features an upper section finished with ‘cricket-ball’ stitching, the lower part being made of precision-engineered metal for enhanced tactility.

Focus on materials extends to the metallic speaker accents and metallic vent finishes which, along with elements such as the metallic rotary dials, exemplify the premium interior. A new steering wheel, which is influenced by the design in the all-electric I-PACE performance SUV, features hidden-until-lit switches and metal gearshift paddles. Heightened attention to detail is provided by an embossed Jaguar Leaper on the headrests while ‘Est.1935 Jaguar Coventry’ upholstery tags reference the history and heritage of the brand. Additional beautiful details include Jaguar animal print pattern in the central cubby area and in front of the drive selector.

Three-cylinder petrol PHEV**** provides all-electric range of up to 34 miles (55km)*, combined CO2 emissions from 44g/km*, and is capable of a 0-80 per cent charge in as little as 30 minutes (32kW or greater DC public charging)

The advanced 1.5-litre three-cylinder petrol engine is the latest member of the modular, flexible Ingenium engine family, and is available in E-PACE with both PHEV and MHEV technology.

Dirk Lorenz, Chief Product Engineer, Jaguar, said: “The new Jaguar E-PACE is available with a comprehensive choice of powertrains to suit any requirement while the new Premium Transverse Architecture ensures the exceptional performance, ride, handling and comfort expected from a Jaguar.”

The latest powertrain features a selection of advanced engine technologies to enhance refinement and efficiency, including high strength steel pistons for the first time. They reduce friction while a variable vane turbocharger and the new 2,500 bar piezo common rail injection system, which delivers even finer control of fuel delivered into the cylinders, also optimise efficiency.

To find out more about the E-PACE including its cutting edge technologies and the 300 SPORT edition, click here. 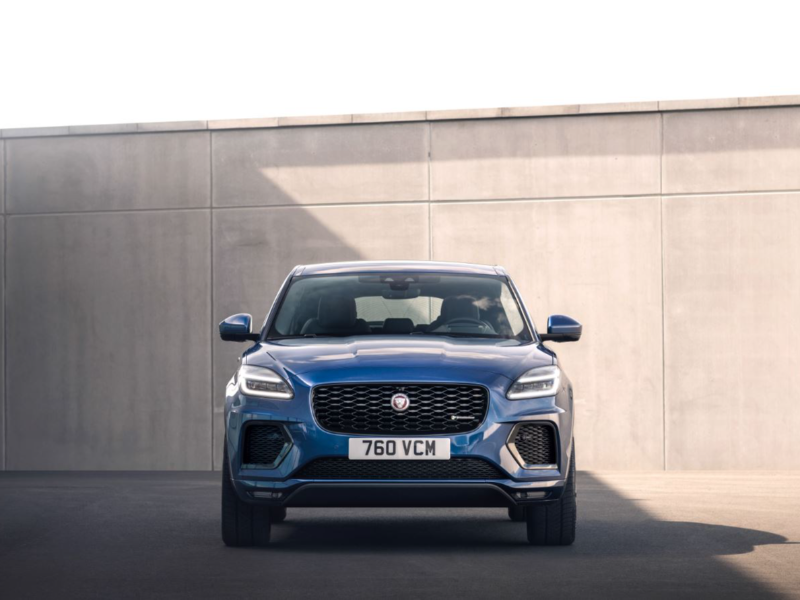 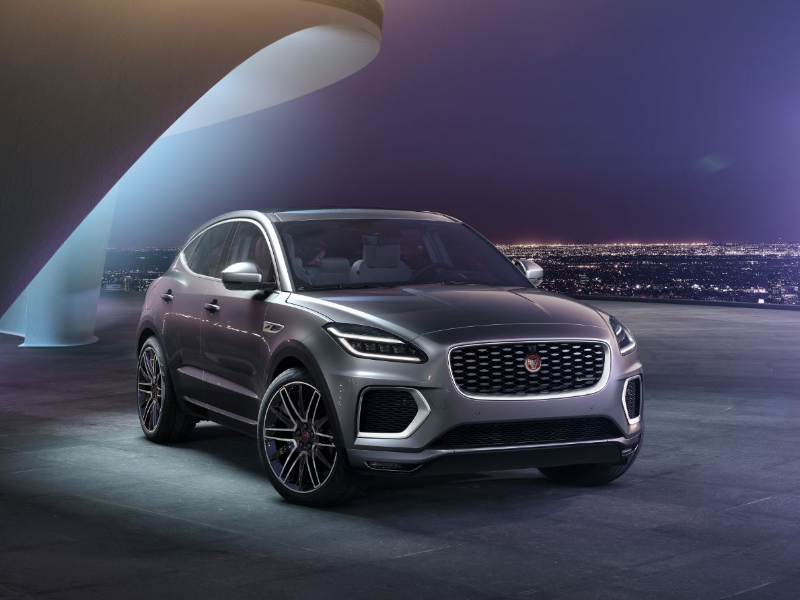 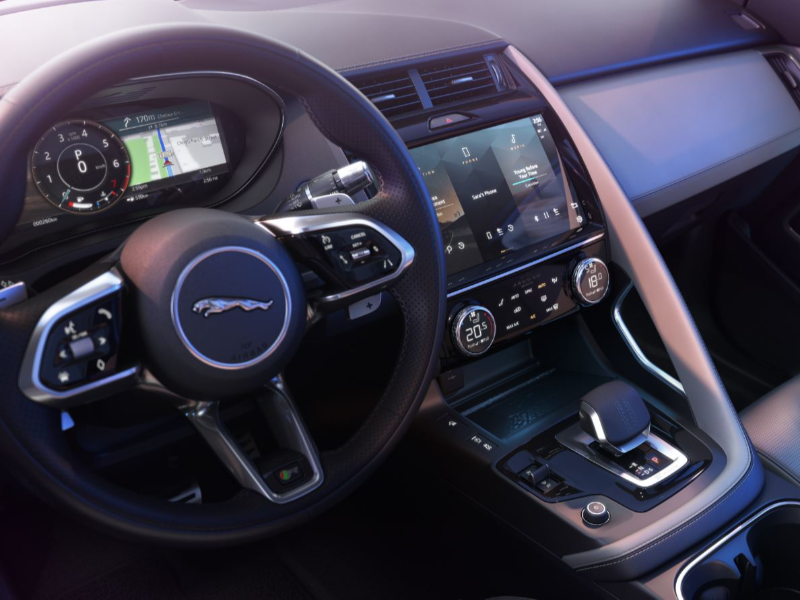 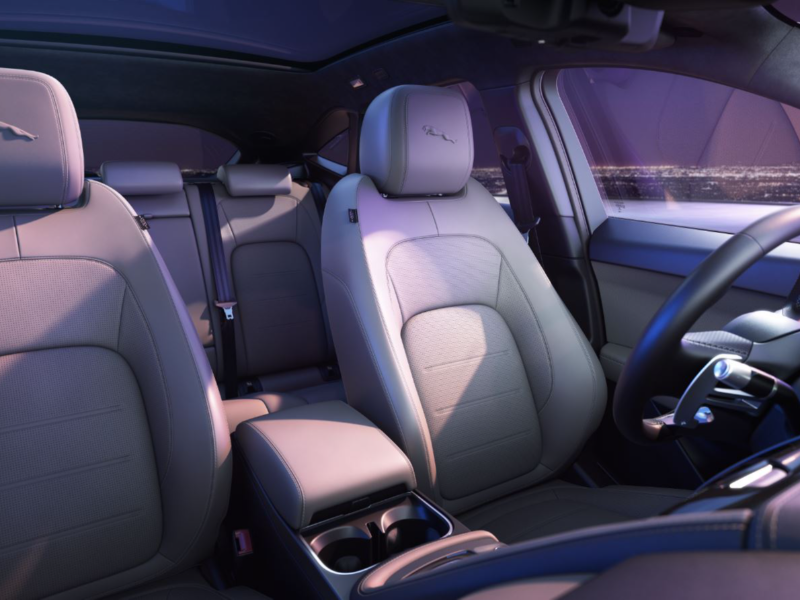 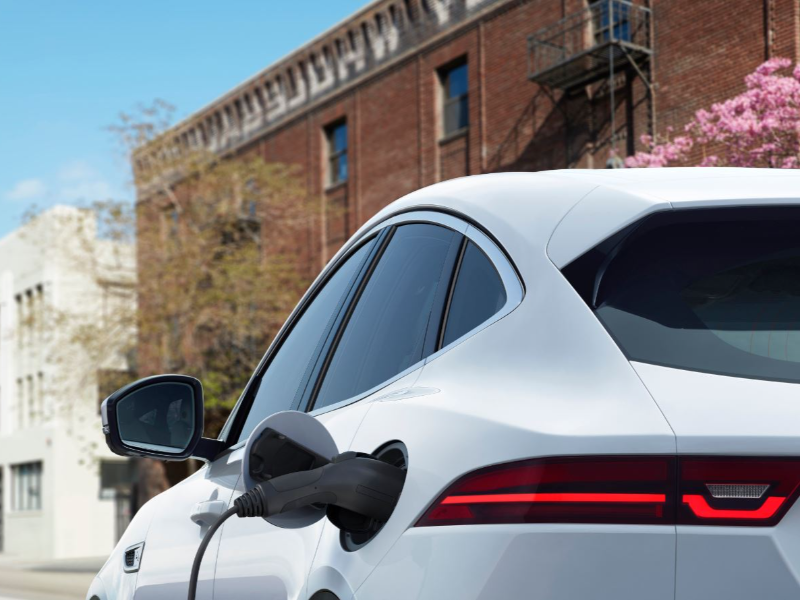