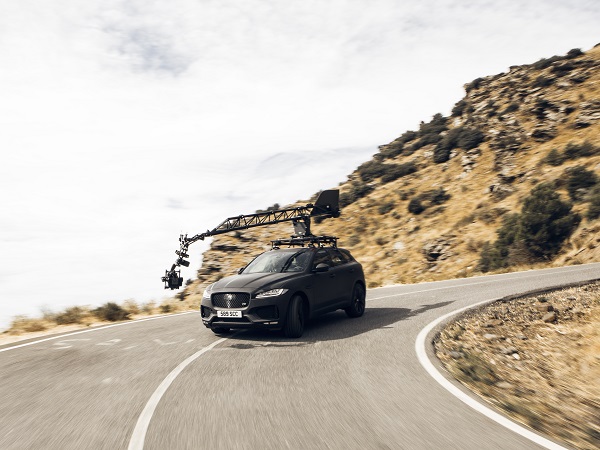 Jaguar has teamed up with Canon Europe to capture the F-PACE in cinematic 5.9K clarity using the latest camera technology. Dynamic footage of Jaguar’s performance SUV was captured during the professional debut of the new Canon EOS C500 Mark II camera.

The film captures the F-PACE range – including the 550PS, V8 supercharged SVR model – and its breadth of luxury and performance. The F-PACE SVR showcased its dynamic ability, courtesy of its specially tuned chassis, on the twisting hairpin bends of Velefique, southern Spain. The powerful SVR accelerates from 0-100km/h in 4.3 seconds (0-60mph in 4.1 seconds).

Jaguar worked with Canon to build the ultimate camera vehicle for the shoot. The crew rigged an F-PACE with a highly-advanced Russian Arm – a remote-controlled camera crane – fitted with Canon’s new EOS camera. The vehicle was covered in a purposeful matte black body wrap to minimise reflections in the subject vehicles during filming.

"Filming a technologically advanced and powerful SUV like F-PACE calls for a state-of-the-art camera system. It’s a privilege for Jaguar to be the first car manufacturer to put the new-generation Cinema EOS System to the test and this film really captures the dynamic character and luxurious interior of the award-winning F-PACE performance SUV, " said Andy Hunt Cooke, Jaguar Global Brand Communications.

Just as the professional-quality camera can be fine-tuned to suit a variety of complex filming tasks, customers can also personalise the driving experience of F-PACE using Jaguar’s Configurable Dynamics. The intuitive technology allows drivers to tailor the vehicle set-up to suit their personal preference by choosing Normal or Sports settings for the suspension, throttle response, gearbox and steering.

The Advanced Electronic Image Stabilisation of the Canon EOS C500 Mark II and Dual Pixel Auto Focus functionality ensured both SUVs remained perfectly in focus throughout, with the camera suspended from the highly manoeuvrable arm of the crane system.

The new camera shoots 5.9K quality footage at up to 60 frames per second. When travelling at its 283km/h (176mph) top speed, the F-PACE SVR covers 78.7 metres every second, which means the performance SUV would travel just 1.31m in the time taken for the advanced new camera to capture a single frame.

Watch the Jaguar F-PACE and the new Canon EOS System camera behind the scenes film here. 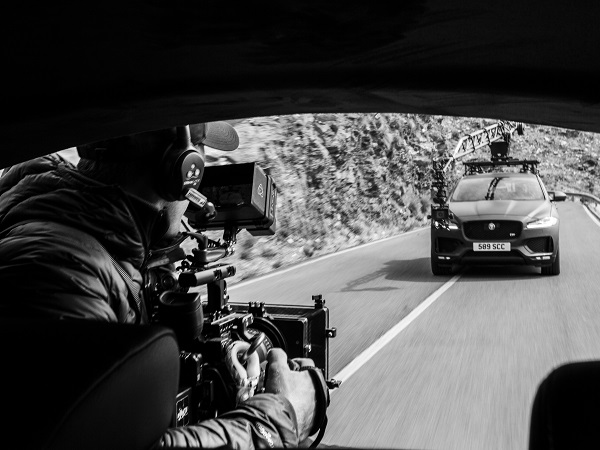