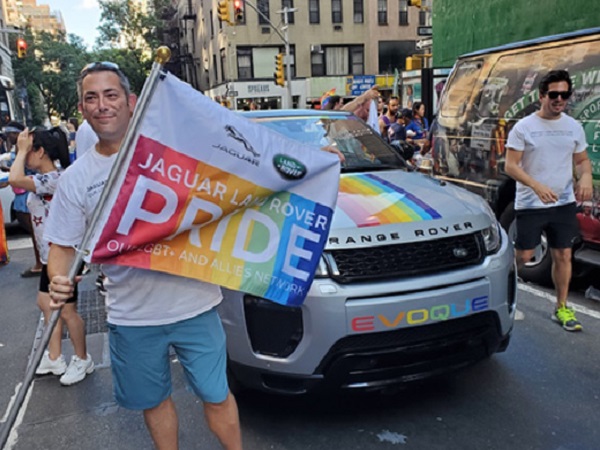 Millions took to the streets to pay tribute to the 50th anniversary of the infamous police raid on the Stonewall Inn bar, and to celebrate the improvements in equality and diversity over the last five decades.

Taking place in midtown Manhattan this year’s event was considered the largest PRIDE parade in history, as our North American colleagues from the DRIVE (Diverse, Respected, Included, Valued and Empowered) team joined in the festivities alongside a a selection of unique vehicles.

Two Jaguar F-TYPE SVR convertibles were given rainbow stripes on the sides and the bonnet, while each car was adorned with ‘Jag You Are’ on the windscreens and rear bumper.

A silver Range Rover Evoque Convertible was also given the rainbow treatment, with stripes running around the sides and bonnet, and finished off with rainbow coloured Evoque lettering on the front.

To mark PRIDE month, Jaguar Land Rover North America has organised a number of events to celebrate the occasion, including hosting a number of guest speakers to speak to colleagues.

The team also worked with influencer Danielle Cooper, as she took Instagram on a tour of her favourite US spots in an I-PACE, before joining Jaguar Land Rover during New York City’s PRIDE celebrations. 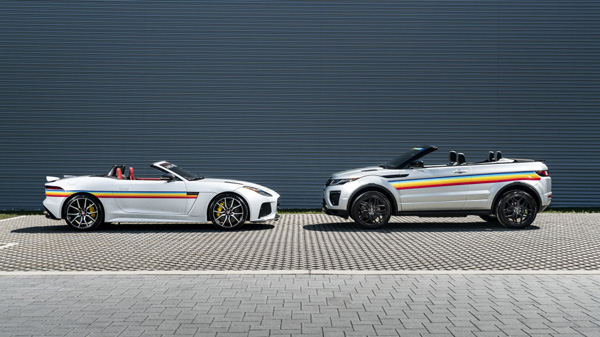 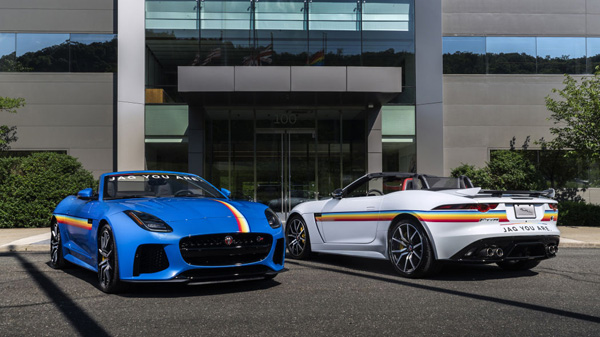 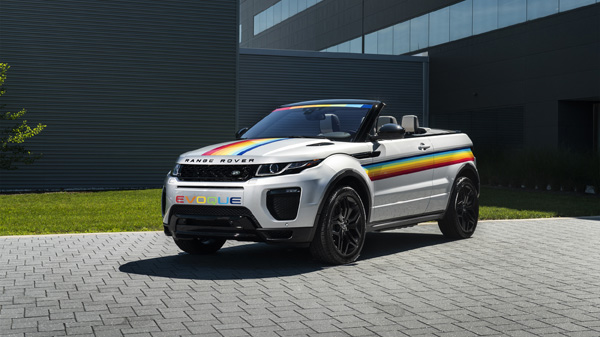 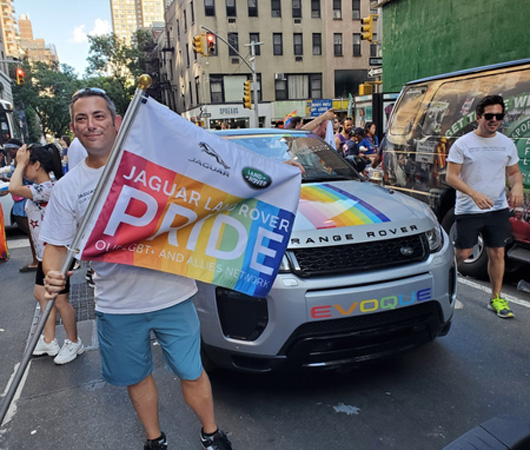 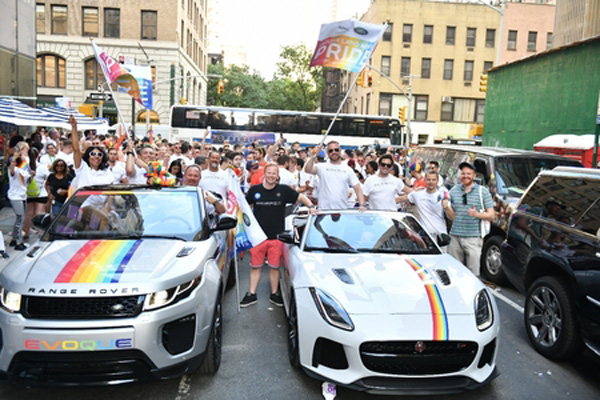