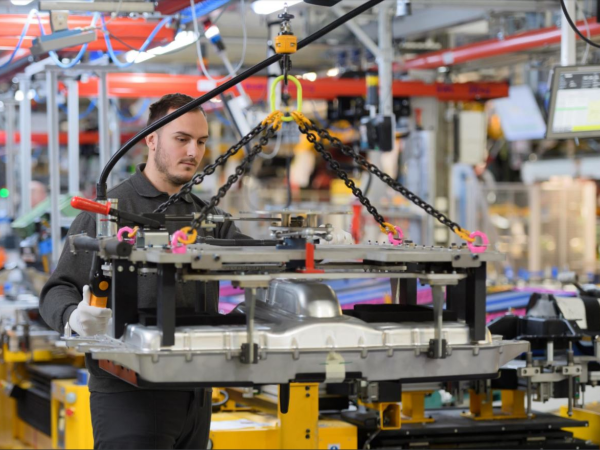 Jaguar Land Rover is expanding its electrified vehicle line-up with the introduction of its latest plug-in hybrid system, which debuts in the company’s two best-selling vehicles. It's the next step in delivering Jaguar Land Rover’s Destination Zero mission to shape future mobility: zero accidents, zero emissions and zero congestion.

The 1.5-litre three-cylinder plug-in hybrid seamlessly combines a conventional petrol engine, the smallest in the Ingenium range, with an electric motor to provide sustainable, efficient all-electric performance for shorter trips plus traditional power or combined petrol and electric drive for optimum efficiency on longer journeys. The new technology is being introduced in the latest generation Range Rover Evoque and comprehensively updated Land Rover Discovery Sport, making them among the most cost-efficient compact premium SUVs available.

"Designed, engineered and manufactured in-house, the modular, scaleable and flexible architecture of our Ingenium family has allowed us to create a pioneering, three-cylinder plug-in hybrid system, giving our customers more choice than ever before. The 200PS engine, combined with an 80kW electric motor on the rear axle, gives fantastic all-wheel drive capability and the perfect blend of performance, depending on your driving style.

"Efficient electrification, downsizing and lightweighting also enables incredibly low CO2 of just 32g/km on the Evoque and 36g/km on the Discovery Sport. Additionally, both vehicles have an impressive all-electric, zero tailpipe emission range of 66km and 62km, respectively. Thanks to the dedication and hard work of our Jaguar Land Rover family, our latest plug-in hybrid offers the same awesome capability and composure with all-electric driving and stunning efficiency, both on- and off-road." - Nick Rogers, Jaguar Land Rover Executive Director of Product Engineering

Jaguar Land Rover’s latest plug-in hybrid system offers customers a cost-effective choice of modes to best suit their needs. Electric-only mode delivers quiet, zero-tailpipe emissions driving on shorter journeys, with a range of up to 41 miles (66km), depending on model. Hybrid mode automatically combines petrol and electric driving for optimum efficiency on longer journeys. In this mode the car adapts to the driving conditions and judges the remaining charge in the battery to maintain the charge or fuel economy. As a third option for longer distances, the vehicle can be powered solely by the 1.5l Ingenium petrol engine, maintaining the battery charge.

Battery charging is made as easy as possible, whether the vehicle is on the move or plugged in. While being driven, energy generated by the engine during acceleration, or by braking in electric or hybrid mode, is harvested and used to charge the battery. When plug-in charging is required, the 15kWh battery can be powered up from zero to 80 per cent in as little as 30 minutes using a public rapid charger. It takes between 1 hour and 24 minutes and 6 hours 42 minutes at home, depending on whether the car is plugged into a dedicated 7kW wall box or typical domestic electricity supply.

Jaguar Land Rover has filed over 40 patent applications for the latest class-leading technologies that debut in the three-cylinder plug-in hybrid system. A number of these relate to the high voltage belt-integrated starter generator (BiSG), for example, which is a key enabler for the hybrid system on this car.

The company’s new 200PS 1.5-litre three-cylinder Ingenium petrol engine is at the heart of its latest plug-in hybrid system. Designed, engineered and manufactured in-house, the lightweight aluminium engine is 37kg lighter than even the four-cylinder version. It delivers strong performance and customary Jaguar Land Rover refinement with impressive fuel economy of up to 201.8 miles per gallon (1.4 litres / 100km), depending on model, thanks to its hybrid electric technology. CO2 emissions are as low as 32g/km on the WLTP combined test cycle.

Both the Range Rover Evoque and the Land Rover Discovery Sport are built on Land Rover’s Premium Transverse Architecture, which was designed from the outset for both plug-in and mild-hybrid technologies.  The hardware has been packaged beneath the cabin floor without compromising cabin and luggage space, or all-terrain capabilities.

Strong residual values and less frequent trips to the petrol pumps mean the whole-life cost of the Plug-in Hybrid Electric Vehicle will be highly competitive.

As businesses around the world aim to drive down their fleet average emissions, reducing their carbon footprint and running costs, the compact premium SUV PHEVs will appeal to both companies and employees.

The introduction of this latest technology to the Range Rover Evoque and Land Rover Discovery Sport marks the second phase in the electrification of the company’s Halewood plant in the UK. More than 1,500 employees have been retrained to build the latest electrified variants of the ever-popular compact SUVs. This follows the earlier enhancements at the plant for the launch of the new Evoque and significantly updated Discovery Sport, including mild hybrid-electric assembly facilities and a new stamping line. Both vehicles are already available with a line-up of efficient four-cylinder diesel and petrol engines, including a 48-volt mild-hybrid system.

Jaguar Land Rover was the first company to launch a premium all-electric performance SUV, the multiple award-winning Jaguar I-PACE, and has confirmed plans to transform its Castle Bromwich facility to manufacture a range of new electrified vehicles, starting with the new luxury Jaguar XJ.

Last year, the company also announced that it will build electric drive units at its Wolverhampton (UK) Engine Manufacturing Centre, offering full flexibility between new petrol and diesel engines and electric units as drivers transition from conventional to electrified vehicles. This is complemented by investment in the UK’s most innovative and technically- advanced battery assembly centre at nearby Hams Hall. Together, these facilities will power the next generation of Jaguar and Land Rover models.

In parallel, Jaguar Land Rover continues to refine and improve the latest diesel and petrol engines, which are an integral part of the journey to electrification and are required alongside electric technology, both for consumer choice and as part of hybrid systems.

By growing its portfolio of electrified products, the company is driving towards Destination Zero; its ambition to make societies safer and healthier, and the environment cleaner – a responsible future for its workers, customers and communities. Through relentless innovation, Jaguar Land Rover is adapting product and services to meet the needs of a rapidly changing world. 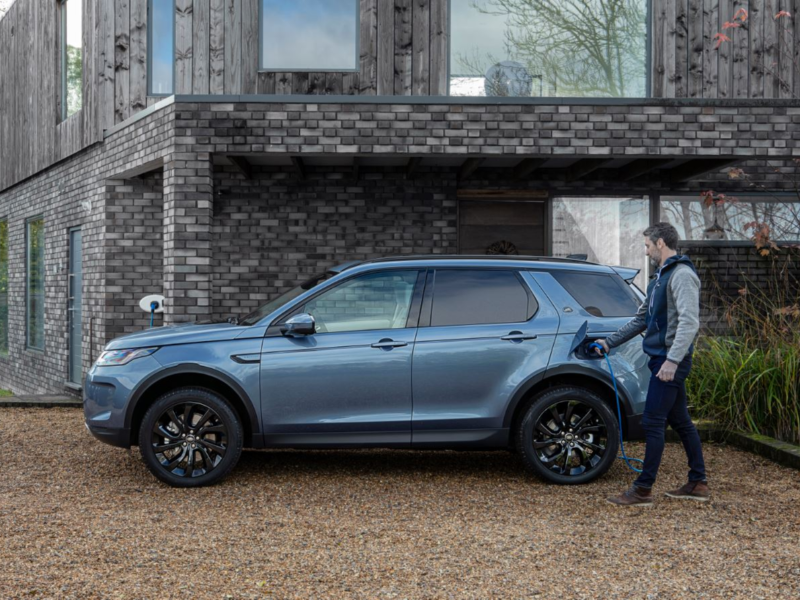 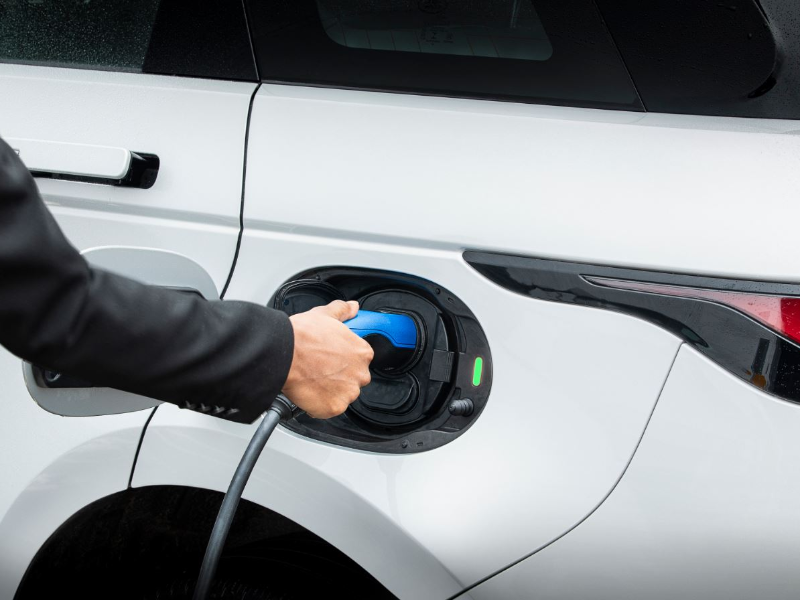 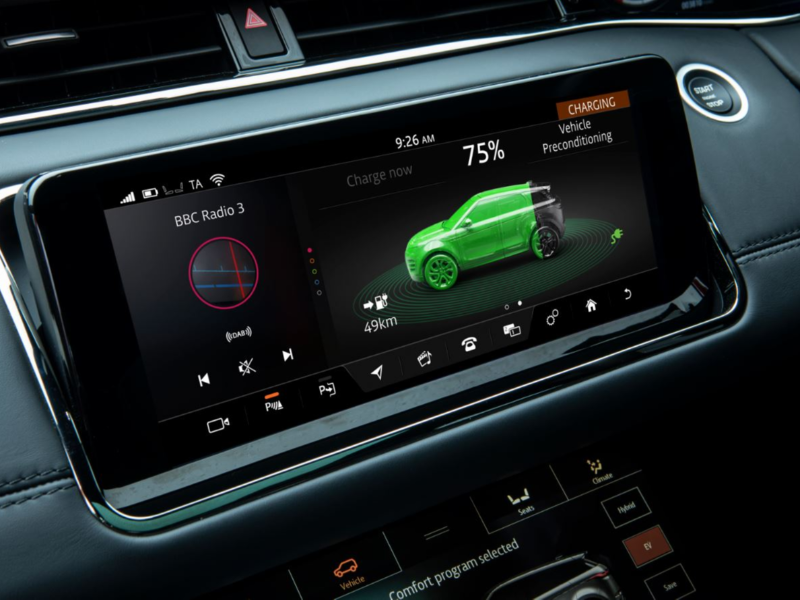 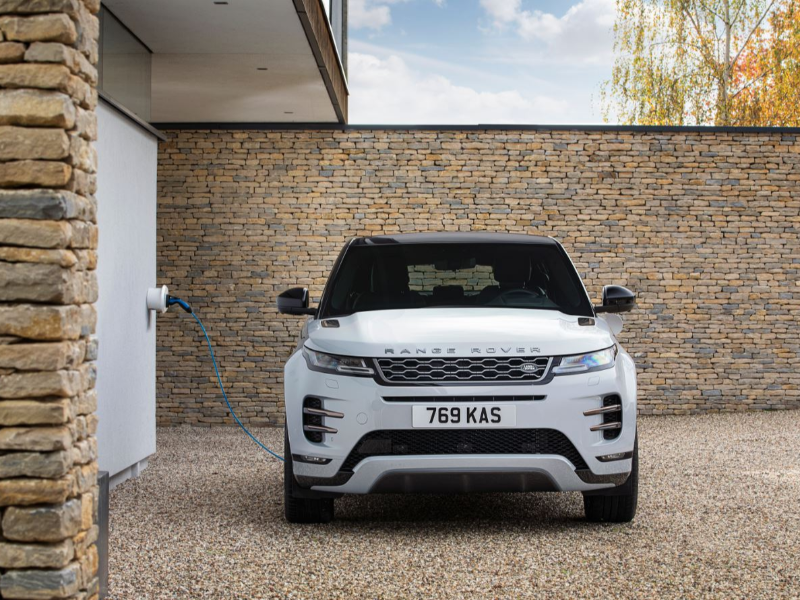