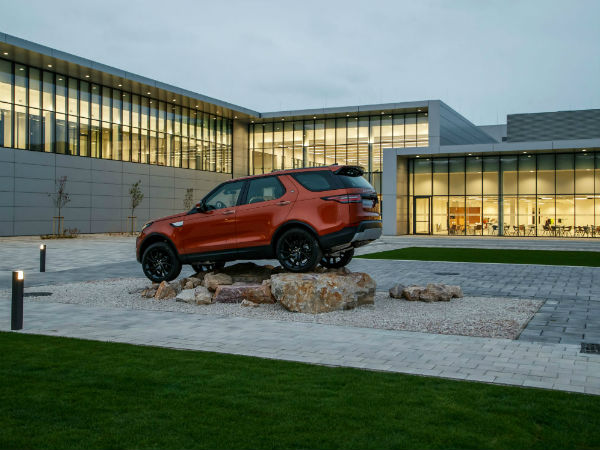 Retail sales declined 13.2% year-on-year to 129,887 vehicles for the quarter. The sales decrease primarily reflected challenging market conditions in China, where demand was adversely impacted by consumer uncertainty following import duty changes and escalating trade tensions with the US.

In North America, demand for SUVs remained strong, but overall sales were held back by slowing orders for passenger cars – in line with the market as a whole.

In Europe, sales were also affected by continuing weakness in diesel demand and the introduction of new WLTP homologation rules. UK sales were adversely impacted by diesel taxation and regulations, alongside continuing uncertainty related to Brexit.

The company reported revenues of £5.6 billion and a pre-tax loss of £90 million, mainly reflecting lower sales. Earnings before interest, tax and depreciation (EBITDA) were £511 million, equivalent to a margin of 9.1%.

Prof. Dr. Ralf Speth, Jaguar Land Rover Chief Executive, said: “In the latest quarterly period, we continued to see more challenging market conditions. Our results were undermined by slowing demand in China, along with continued uncertainty in Europe over diesel, Brexit and the WLTP changeover.

“Given these challenges, Jaguar Land Rover has launched far-reaching programmes to deliver cost and cashflow improvements. Together with our ongoing product offensive and calibrated investment plans, these efforts will lay the foundations for long-term sustainable, profitable growth.”

As part of its focus on improving profitability and cashflow, Jaguar Land Rover has launched two initiatives, called ‘Charge’ and ‘Accelerate’, to identify short-term cost and cashflow improvements as well as longer-term operating efficiencies. Total profit, cost, and cashflow improvements of £2.5 billion over the next 18 months are targeted. As part of this, the company has taken action to reduce planned spending by about £500 million to £4 billion per year this financial year and next.

Total investment spending in the second quarter was £1 billion and cashflow after this investment was negative £624 million for the three-month period. Jaguar Land Rover strengthened its financial resources in the period by issuing a €500 million seven-year bond in September. The company ended the quarter with £2.6 billion of cash and a £1.9 billion undrawn credit facility. A $1 billion loan with a final maturity in 2025 was also completed in October.

In terms of new product introductions, Jaguar Land Rover is currently launching the Jaguar  I-PACE in North America, China and other Overseas markets and the Jaguar E-PACE has recently joined the line-up in China. Further model introductions will include the next-generation Defender.

The company’s financial performance is expected to improve in the second half, and Jaguar Land Rover now anticipates pre-tax profits to be about break-even for the full year ending 31 March 2019 impacted by the weaker than planned first half.

Prof. Dr. Speth concluded: “We remain focused on delivering improved profitability and cashflow in the second half, while pressing ahead with our product offensive. In the latest reporting period, we introduced important new models including the Jaguar E-PACE and the revolutionary electric I-PACE. Production has begun at our new plant at Nitra, in Slovakia. We have also continued our development of autonomous, connected and electrified products and services, which will shape our strategy for the future.”