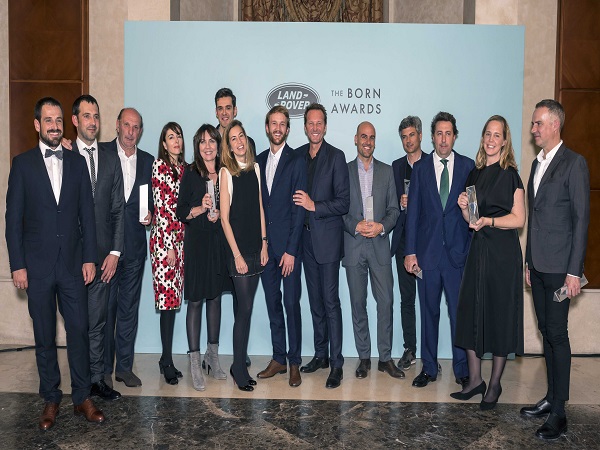 The first ever Spanish winners of the Land Rover BORN Awards were announced at a ceremony held at Teatro Real in Madrid, Spain.

The six winners were picked by a jury made up of a selection of influential personalities from the world of Spanish culture, across six categories including: architecture, technology, interior design, fashion, sport and mobility, celebrating the importance of design when changing the world.

This eighth edition of the Land Rover BORN awards saw the theme of the awards focus on peerless, beautiful creation, with two special prizes given in recognition for encouraging interest in Spain, with the Loewe Foundation acknowledged for creating educational programmes around poetry, dance, design, crafts and photography. While artist Alicia Koplowitz was rewarded for her contribution to the world of art, with both awards presented by Jaguar Land Rover Spain’s Communication Director Belén de Lacalle, who added:

“We are really excited about the reception of these awards received. It has been enriching to discover that there are so many interesting and creative brands in our country, and selecting the winners has been a complicated process.”

CEO and founder of Born Jean-Christophe Chopin said: “This new edition of the Land Rover BORN awards has been a good occasion to celebrate Spanish creators and their taste, style and romance worldwide.”

The winners will have the opportunity to display their work at Milan Design Week next April alongside winners from the UK, France, Germany, USA and China, as well as being entered into a final competition with the winner announced during a ceremony at the London Design Museum on 4 October.