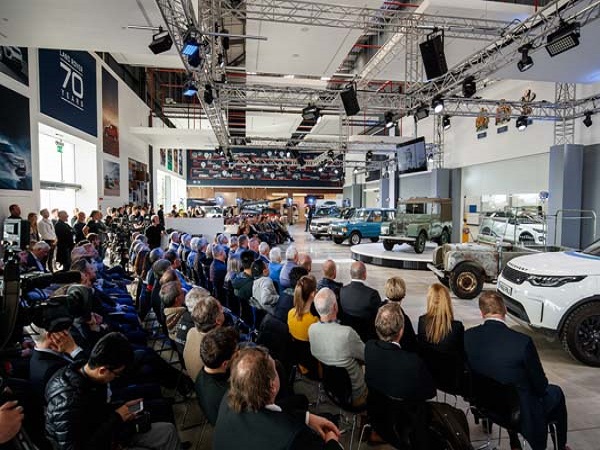 Land Rover celebrates its 70th anniversary with an action-packed day

Seventy years ago the Land Rover story began as the Land-Rover (later known as the Series One) was officially unveiled at the Amsterdam Motor Show on 30 April 1948, and the business celebrated with a special event at Jaguar Land Rover Classic Works.

To mark the occasion, a special online programme was broadcasted via YouTube on the anniversary with presenters Quentin Wilson and Andy Jaye paying tribute to those pivotal to the manufacturer’s first seven decades and the many adventures and humanitarian projects where the vehicles have featured. Audiences also got a glimpse into the future and a unique insight into life from the production line.

Prof. Dr Ralf Speth, CEO of Jaguar Land Rover, said: “Land Rover was born with the launch of a single vehicle. Today our family of SUVs is testament to the pioneering spirit of innovation that has characterised Land Rover for seven decades.

“Our family of Defender, Discovery and Range Rover models provides unrivalled capability, versatility and luxury, giving us the perfect foundation for another 70years of success.

“Land Rover is so much more than just the most capable all-terrain vehicles. It connects people through a passion for adventure and for making more of our world. From our employees to customers to enthusiasts, this a family that makes Land Rover special.”

Other stars included numerous classic and unique Land Rovers including, the affectionately named ‘Huey’ – the first prototype Land Rover, an original two-door Range Rover, the recently recovered and restored original Overland Expedition Land Rover, as well as the latest member of the family including the Range Rover SV Coupé and the first car to roll off the production line on World Land Rover Day – a factory-fresh Discovery Sport.

Media guests got an altogether authentic experience as they drove down from the Solihull factory in a fleet of heritage vehicles to Classic Works via Packington ford, where the original Range Rover was filmed towing a Rover 12hp for the promotional film ‘A Car for All Reasons’.

As for other celebrations across the world, Solihull recreated the original sand drawings by Maurice Wilks with a number of employee’s Land Rovers, while there were conveys across France, Russia and Australia to celebrate the occasion. While in America, at the new North American headquarters in Mahwah held their own celebrations with a range of vehicles including a 1987 NAS spec Range Rover, members of a 1995 winning Camel Trophy team and Four Wheeler magazine presenting the new Discovery with an award for Four Wheeler of the Year – the sixth time a Land Rover has won the award.

Watch the full broadcast from World Land Rover Day below. 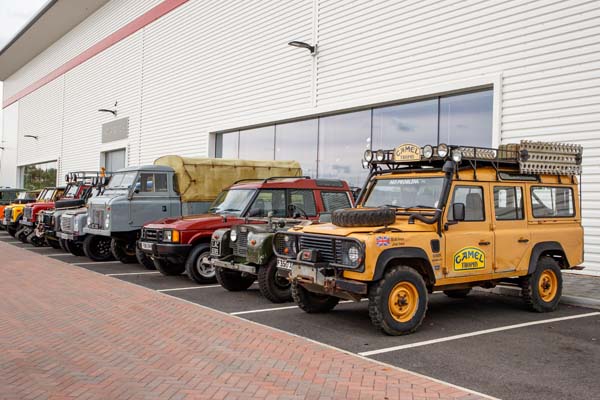 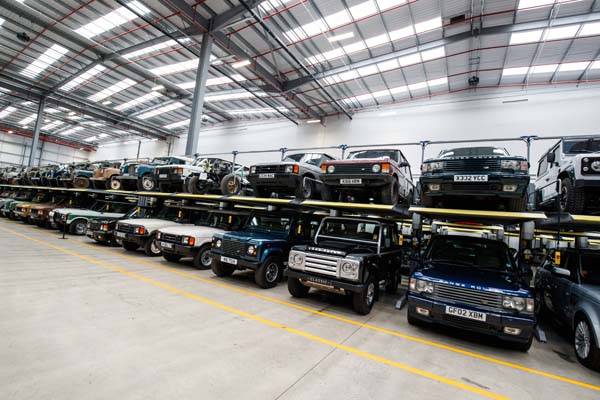 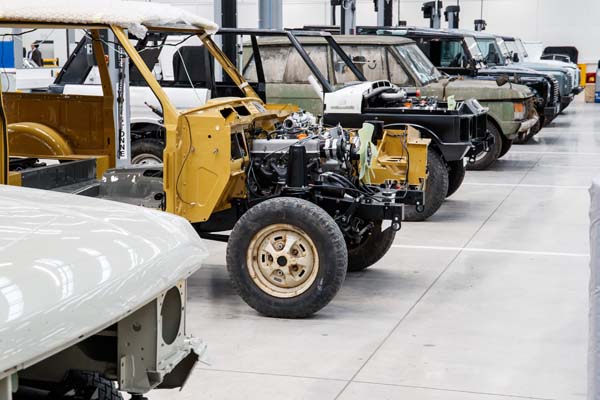 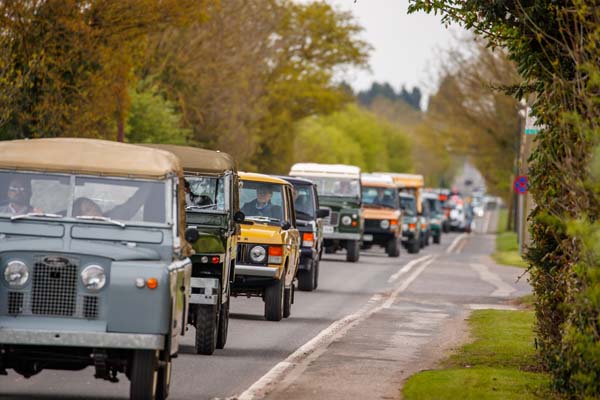 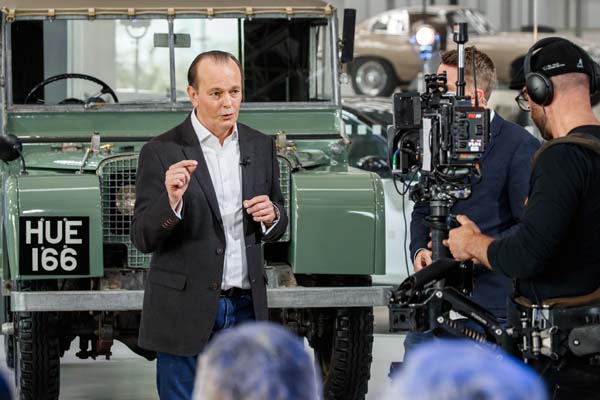