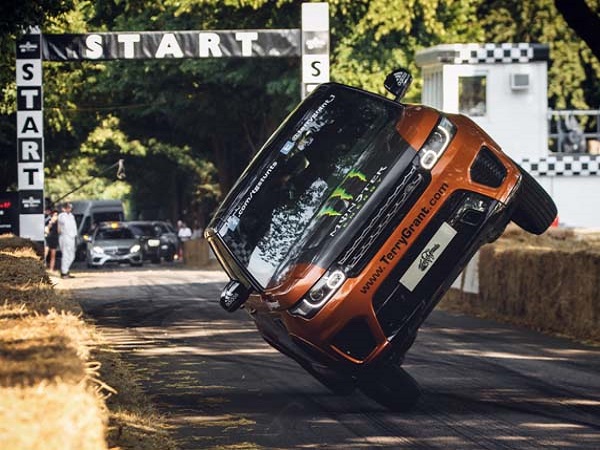 Driving the new Range Rover Sport SVR up the famous hillclimb, Terry broke his old record for travelling a mile in a car on two wheels by 30 seconds, which he set himself back in 2011. Completing the challenge in 2:24.5, he claimed the record in a dramatic last gasp attempt on the final afternoon after attempting four runs throughout the weekend.

Terry said that thankfully the conditions were excellent and the SVR was the perfect precision tool for the job, adding: “It really shouldn’t be underestimated how difficult a two-wheeled speed run like this is; you are always fighting to keep the car balanced right on the edge.

“You need to be conscious of everything, from the camber of the road to the strength of the wind.”

Managing speeds up to 60mph, the only modification made to the car that Terry drove was tweaking the differential to send more power to the wheels on the ground, with both tyres pumped up to 90PSI.

It was one of a few amazing Jaguar Land Rover moments during the weekend, with a convoy of 70 historic and important Land Rovers climbing the hill to mark the brand’s 70th anniversary on the opening day, while the Jaguar F-PACE SVR was given its dynamic UK debut throughout the weekend.

Watch the video of Terry Grant’s record-breaking stunt below. 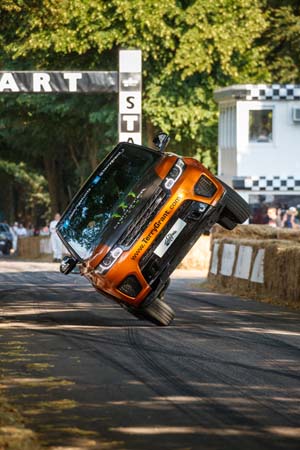 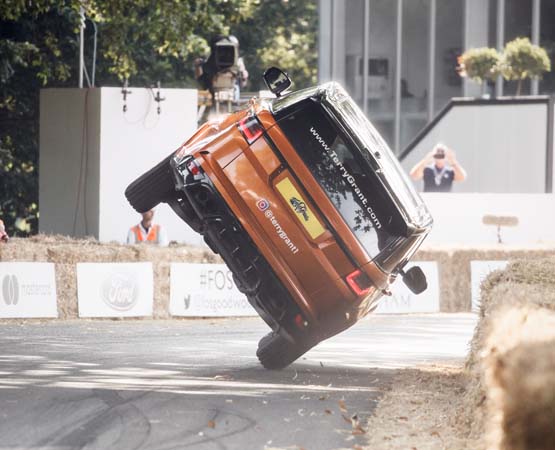 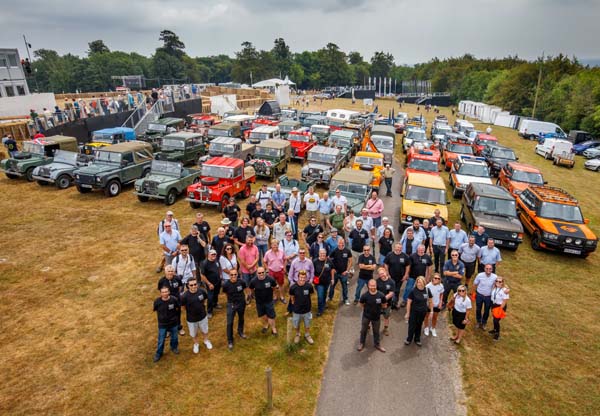 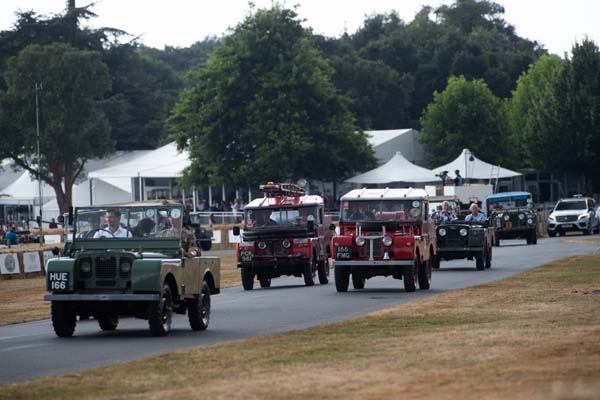 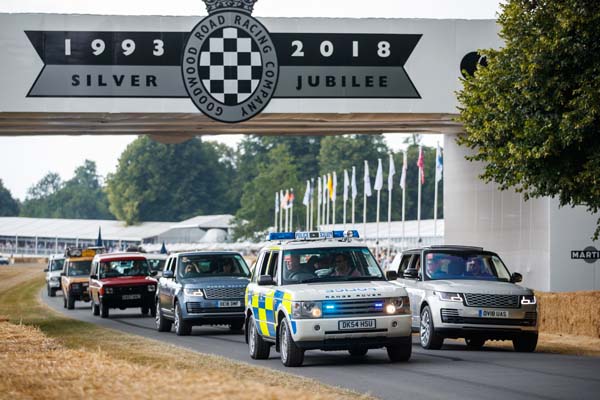