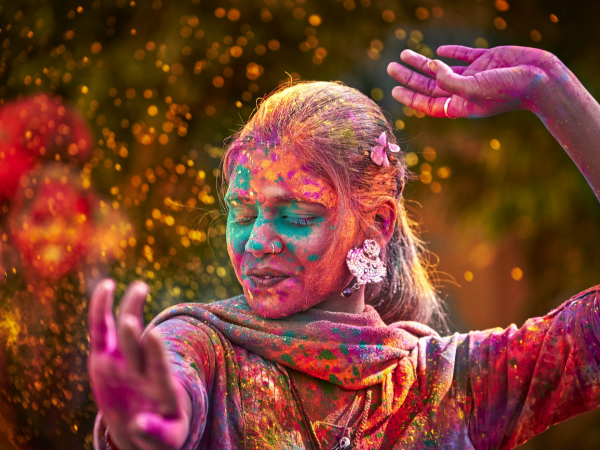 This Friday, 18 March, marks the start of Holi, an Hindu festival that celebrates the arrival of spring and the end of winter.

Holi is the occasion to honour love and new life and is also known as “festival of colours”. Some families hold religious ceremonies, but for many Holi is a time for fun with dancing, singing and throwing powder paint and coloured water.

What is the legend behind Holi?

Holi also celebrates the Hindu god Krishna and the legend of Holika and Prahlad.

Hiranyakashipu was an evil king. He had special powers that made him nearly invincible and he wanted everyone in his kingdom to worship him. He was so powerful he started to act like a god and punished or killed anyone who disobeyed him. Hiranyakashipu had a son called Prahlad, who disobeyed his father and worshipped Vishnu instead of him, so his father planned to kill him.

The king asked his sister Holika to help kill Prahlad. Holika had a special cloak that would protect her from fire. So she planned to trick Prahlad by taking him into a fire. But, because she was using her powers for evil, the plan failed and the cloak flew from Holika and covered Prahlad. Prahlad was safe and Vishnu then defeated the evil king.

How is Holi celebrated today?

Hindus light bonfires on Holi first night to represent the triumph of good over evil, they throw roasting grains, popcorn, coconut and chickpeas onto them.

The next day, people of all ages go into the streets for fun and paint-throwing. Colours have a special meaning – they are believed to come from Krishna mischievously throwing coloured water over his milkmaids when he was a boy.