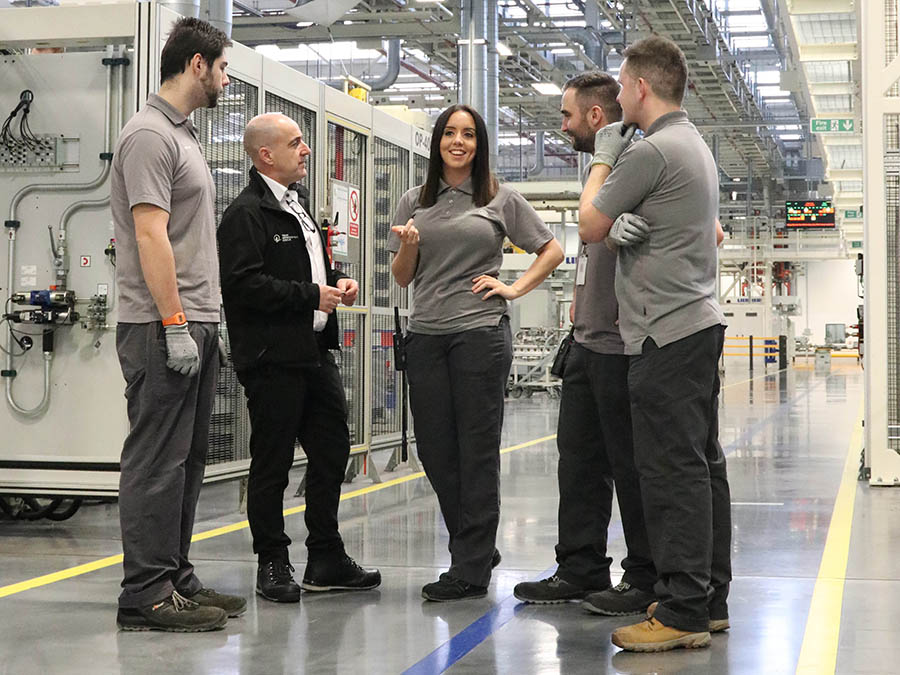 Hard work, plenty of rows and the experience of a lifetime are just a few of the memories of team members from The Standard Bearers, one of the EMC’s very first TIC winning teams. All have come a long way in their careers since, with TIC contributing greatly to their confidence and ambition to move forward in their careers.

Chris Whitehouse, Lance Round and Steph Kaye, alongside colleagues from Solihull, took their TIC to China in 2016 and haven’t looked back since.

Their TIC experience began in 2015, along with 70 EMC colleagues, who took part in a pilot ten-step Team Improvement Circle (‘TIC’) project, aimed at supporting personal development.

The initiative proved incredibly popular, with teams from across the facility competing for the prize to present their idea at the inaugural global convention in Changshu, China.

In the three years since, TIC has grown incrementally. It now involves the entire business in the UK, as well as colleagues across global operations and the 2018/19 programme will see a record number of participants. Nearly 300 colleagues at the EMC are due to take part. At the time Chris was new to the IPS team.

Chris said: “I really didn’t have a clue what it was all about, none of us did, so it was a bit of a baptism of fire when we first started. It was incredibly hard, but we definitely had the drive and determination to see it through to the end, even if it was a bit of a bumpy road.

That drive and determination has seen Chris succeed in moving into a data analyst’s position in the EMC’s MP&L team.

“I applied for my current role just six months after TIC. I definitely learnt some really valuable lessons and gained some great experiences doing TIC, not just about value mapping and systems and tools, but also about compromise.

Chris continues to see the importance of TIC as a means to broaden experience and networks. He is a coach for 2018/19 and is determined to use his experience of winning to support his teams through to the local, regional and perhaps even the global conventions.

Like Chris and Lance, Steph began her EMC career working on the line in diesel assembly. She admits when she started at the facility, she didn’t have much confidence in her own ability. However, her move to the IPS team and work on TIC, helped her to gain more confidence.

Just over a year ago she successfully applied for a team leader position in Mod 1 Machining. She is now responsible for managing 15 people, alongside another team leader on white shift.

“TIC helped me to gain experience and confidence in presenting to large groups of people. I had never done anything like it before. I’d agree with it being the very first year it was quite difficult as we didn’t really know what we were doing. Fortunately, we had some great support from managers, who were keen to give us the time we needed to do the project. I think that’s absolutely critical, whether you have been involved in TIC since the start or new to the initiative.

One of the key outcomes of TIC is the breaking down of barrier, associates working alongside senior managers and cross functional working.

“TIC gave us more confidence to push ourselves and the belief that we could grow professionally and personally,” said Lance.

All three returned from TIC with renewed confidence, keen to share their experiences with others. They have continued to be involved in the TIC process, as coaches, supporting others keen to succeed.

In July 2018 Lance moved to take up a C-Grade position in the COE team. He considers his time working on TIC as a key learning curve, which gave him the first real taste of project management.

This would later help him to lead projects in the IPS team and also give him the confidence to apply for his role in COE.

“I joined the business working at the Solihull plant in FA2. I was only there for a few months, before an opportunity came up for me to work at the EMC. I started on the track, but always had the ambition to further my career within the business. Moving into the IPS team and taking on TIC was the start of that process and my role now is certainly one that I wouldn’t have envisaged without the positive experience and confidence that I’ve gained over the last few years.

Steph said: “It’s always more difficult being a woman in a male dominated environment. We had some very strong individuals in The Standard Bearers, so it was important that if we felt strongly about something we stood our ground, compromise is key, but everyone has to remember why you are doing TIC in the first place, it’s hard but ultimately a really rewarding experience.

“The team will always have a connection from a unique shared experience. I’ve been a team leader for just over a year now, my focus is ensuring KPIs are met and supporting the team to do the best job they can.

“I’d like to progress up through the business, in quality or MP&L perhaps and I think the experiences of TIC and everything since is definitely laying the foundation.”

The team will always have a connection from a unique shared experience. I’ve been a team leader for just over a year now, my focus is ensuring KPIs are met and supporting the team to do the best job they can. 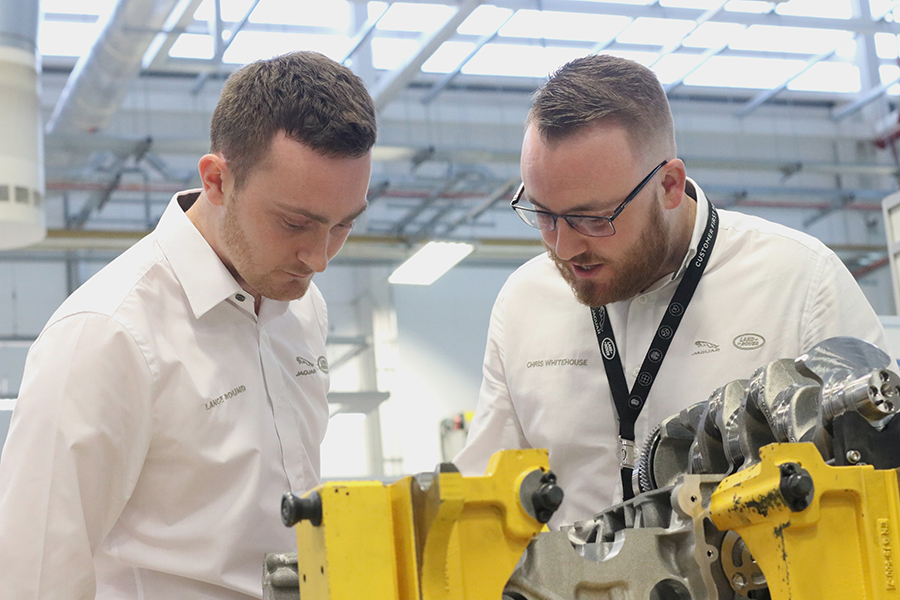 2
THE RIGHT TOOLS FOR THE JOB - TIC TEAM ‘TOOLING FORWARD’